"There is baseball in Israel!" Team Israel general manager Peter Kurz declared less than one year ago. His Olympic-bound squad had just received President Reuven Rivlin's blessing in advance of the Tokyo Games (now postponed exactly one year to July 2021). However, not long ago one might have ended Peter's statement with a question mark instead of an exclamation point, as few Israelis - including its President - were familiar with America's national pastime. But over the past decade, baseball in the Holy Land has produced an impressive string of achievements, reminiscent of David's upset victory over Goliath.

Admittedly, the road has not been smooth. In 2012, a painful extra-innings loss kept Israel from advancing to the 2013 World Baseball Classic (WBC). Baseball mavens will be amazed to learn that a bottom-of-the-ninth screaming line drive that would have scored the winning run was unfortunately caught, preventing our victory. That ball was hit by a young Joc Pederson, who just last year at Major League Baseball's All-Star game was part of the duo (with Vlad Guerrero Jr.) who slugged their way to a record-breaking performance in MLB's Home Run Derby.
Yet four years later, Team Israel shocked the baseball world by finishing sixth in the WBC, while barely missing a ticket to the final four in Los Angeles. Its gutsy performances fired the imagination of the sports media, which labeled Israel "the Cinderella Team of Baseball". Skeptics became believers in the Jewish state, including ESPN, which had previously compared Team Israel to the Jamaican bobsled team. Sportswriters also loved Israel's colorful mascot, appropriately named the "Mensch on the Bench".

The victorious campaign, captured in the exciting documentary "Heading Home", was in fact the product of a long-term program, planned and perfectly executed by Team Israel's visionary General Manager Peter Kurz. Kurz enlisted Jewish-American players to reinforce his squad of native Israelis, adding former Major Leaguers, including pitchers Jason Marquis (a 2009 All Star with a World Series ring), Josh Zeid, and tournament MVP catcher Ryan Lavarnway (who had also earned a World Series ring with the Red Sox). Israel's victory over host South Korea was dubbed the greatest upset in the history of international baseball, and to memorialize the achievement, the Baseball Hall of Fame asked Zeid for his hat to be displayed in Cooperstown after Zeid pitched the final out.

However, unlike WBC competition's "Heritage Rule" which allows a player to represent his/her nation by merely being eligible for citizenship, Olympic rules require competitors to be citizens of their countries. Kurz and his colleagues convinced an amazing group of American professionals to throw in their lot with the Jewish state to bolster its roster of native Israelis, in time for a four-month campaign during the summer of 2019. The players arrived in small groups and were assisted in their Aliyah process by the professional staff of Nefesh B'Nefesh, which helped them as they do with thousands of other olim who arrive annually.

Along with their passports, Team Israel members received Birthright-type experiences that tied them to their new homeland. In Jerusalem they gained personal inspiration at the Kotel and City of David and spent intense moments at Yad Vashem. They also toured an IAF fighter squadron, which allowed them to identify with their Machal predecessors (Volunteers from Oversees), who came from abroad in 1948 to help the fledgling state survive. The players also viewed a powerful video of the IAF over-flight of Auschwitz, which shows how far we have come as a people in just 75 years.

Against all odds, Team Israel won four consecutive tournaments played in four different countries, culminating with the Europe/Africa Olympic Qualifier in Italy – from which only one team would be guaranteed a berth in Tokyo. The boys of summer reeled off a string of consecutive victories, showing poise with come-from-behind as well as extra inning victories, and beating teams like Russia (twice) and perennial European powerhouses Italy and the Netherlands. For the final critical stages of competition, the team added MLB veteran slugger Danny Valencia, whose 864 big league games dwarfed the combined experience of all the other players Israel faced.

To a man, the players delivered timely hitting, sterling defense, and clutch pitching. Blake Gailen was the slugging star of the first tournaments and Valencia went on a tear in the last, hitting six home runs in eight games. Former Mets infielder Ty Kelly and catcher Nick Rickles combined great at bats with solid fielding as did Zach Penprase, who also ran the bases like a thoroughbred. Yet in baseball, pitching is critical - especially in a short series - and the entire pitching staff stepped up its game. Reds pitcher Jon Moscot threw as hard as he had worked to make a come-back after undergoing Tommy John surgery. Ace Joey Wagman hurled a complete game and then came back on short rest (à la Sandy Koufax in the 1965 World Series) to clinch the final victory over South Africa, earning Israel its Olympic berth. Wagman was the first to mention how his defense bailed him out; with Rob Paller making an acrobatic catch that set a tone to the game that could have taken a different course in the very first inning. Fittingly, Sabra Shlomo Lipetz pitched the last out, culminating over 30 years of his representing Israel at every level of play. 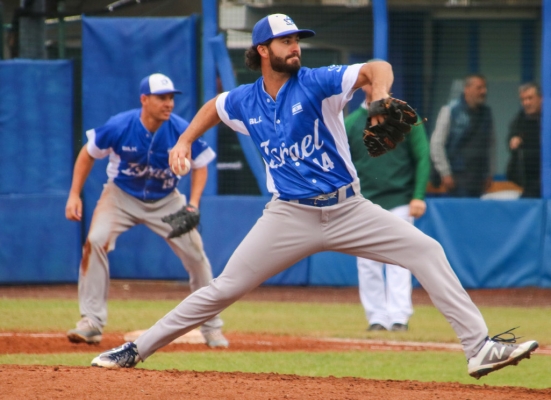 The Olympic qualifying campaign was laden with meaningful moments that transcended victories on the diamond. The team landed in Frankfurt just a few days before the anniversary of the Munich massacre, becoming the first national team to represent the Jewish state on German soil since 1972. And just days after receiving his citizenship, Oakland A's Left-hander Jeremy Bleich, expressed what it meant for him, as the grandson of two Auschwitz survivors, to represent the Jewish state on a field in Germany.

To appreciate the enormity of Israel's achievement, it should be noted that the Blue-and-White baseball squad will be Israel's first team to compete in a ball sport in 45 years (when Israel fielded a soccer team at the 1976 Montreal Games). And with only six teams from around the world in the baseball tournament, Team Israel mathematically has a 50% chance of bringing home Israel's first ever team medal, and only its 10th Olympic medal overall.

But baseball is played on a field, not on paper, and Israel's Eric Holtz, is a classic "Old School" manager, who believes in playing the games one pitch, one at-bat, and one inning at a time. Holtz's dream is to see Israel not only succeed in Japan, but to use its hard-fought achievements to grow the sport in Israel and quickly double the current number of participants (around 1,000 from ages 6 to 50). General Manager Kurz noted that with the help of the JNF, construction of a major field in Bet Shemesh is well under way and Raanana will soon follow suit.

In pre-Corona days, Team Israel players held youth clinics around Israel, coaching kids in fundamentals and infecting them with their love of the game. During a 16-hour day up north, players joined Israeli kids from Jewish and Arab backgrounds in playing catch - perhaps the most psychologically rewarding activity based on sharing an equal exchange. In Raanana, the kids were thrilled when Danny Valencia spontaneously Face-timed his buddy, superstar Manny Machado who last year became the MLB's first $300 million free agent. Machado graciously mentioned that he was traded for one of our Israeli players, Dean Kremer, who is listed as one of the Orioles' top prospects to make the Big Show. Manny also showed great delight when a 16-year-old Israeli shortstop cockily announced he was gunning for Manny's position. Manny tweeted his good-natured offer to slide over and play Third Base to make room for our young hopeful (https://www.youtube.com/watch?v=NaFad7c5PWI)

Israeli players also visited patients at Sheba Medical Center, including the victim of a horrific road accident as well as an IDF soldier facing a difficult rehab, and shared tender moments with sick children at the hospital. So while there is plenty to be proud of with respect to Team Israel's accomplishments on the field, there is also lots of pride to be had with their off-field behavior. Following the Team's meeting with President Rivlin, they heard inspiring words from Team Israel supporter Sylvan Adams, who implored them to follow his lead in using sports to promote Israel's image abroad.

Equally important, Team Israel provides inspiration to both Israelis and Diaspora Jews who take pride in its achievements. The common purpose and sense of shared destiny among teammates is a model of peoplehood for all members of our greater Jewish community. The Blue and White's meteoric rise to Olympic heights has now inspired four-time All Star Ian Kinsler, widely recognized as the greatest Jewish second baseman of all time, to make aliyah and join his brothers in their quest for a medal. Ian arrived in March, just four hours before Israel shut its doors due to the coronavirus restrictions.

Indeed, Team Israel's feat is reminiscent of Vin Scully's legendary call of Kirk Gibson's 1988 World Series home run: "In a year that has been so improbable, the impossible has happened!" But for Team Israel, the focus is now on Tokyo. There's a medal to win. 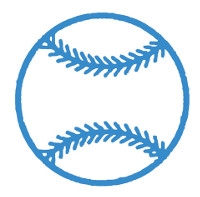