What happens to our disabled child when we’ve gone? 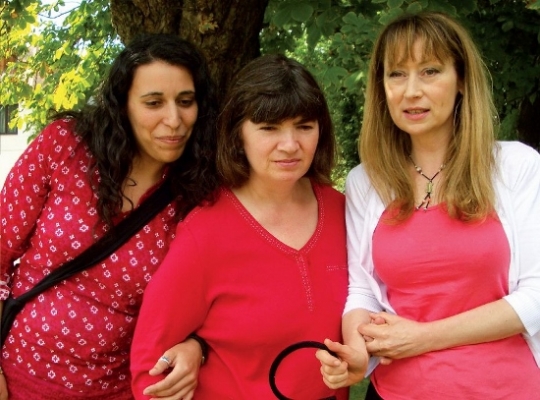 It really hit us when we both reached retirement age. Who would be concerned with the welfare of our daughter, Kim, who is severely handicapped, when we are no longer around? Yes, she has a younger brother who is reliable and caring, but with his own family to bring up, and all that goes with that, what right would we have to expect him to take on such a major responsibility?

So that was the question that we needed to address, as we went on into our late 60s and 70s. Both of us had been involved in the learning disability world for many many years. Back in the late 1960s we started a self-help group of families, all with a member who had a disability. We started this together with another couple who had two children with impaired vision. That organization became a charity called "Kith and Kids" (more about that later).

The experience of families working together and becoming a close network made us realize that together we had power. Together we could influence government policy, understand the legal position, swap ideas on how to get the best provision for our sons and daughters, and solve problems with our own effort and energy. Having been through that experience, we then linked with another family whose son has Asperger's. They had begun to formulate a concept which resolved the problem that was taking up most of our thoughts: the future of our daughter.

So, what was this simple, but now proven idea? We knew that we needed to have someone with knowledge of Kim. She lives in a home for people with disabilities in Ravenswood, a village in Berkshire, paid for by our local authority, and where the staff who care for her have an understanding of all her needs. That someone, whom we call an 'advocate', also needs knowledge of disabilities, the law and rights, and in fact all that constitutes Kim's life, including getting to grips with her medical and social needs and everything that we, as parents, are doing for her.

The idea crystallized. It ended up with 10 families pulling together, irrespective of what type of disability, who were like-minded in their concern about the future of their offspring, to see if they have the ability to put in an amount of money on a monthly basis, so that we could jointly fund our own 'advocate/s'. The aim was that the 'advocate' would visit once a week in whatever facility our family member might live in, to act on their and our behalf, and above all be a knowledgeable resource for the siblings of our child with the disability when we parents are no longer around.

For the last 15 years "Reserve Power" has been in operation. We, and all those involved, agree that it is the best thing we could have ever done for our children. It has given us peace of mind in the knowledge that there are experienced people who will act in the best interest of our disabled family member and will ensure, along with the other family members, the best quality of life possible.

That experience, that success is what I would like to explain to families in Israel, in order to share the way it works, explain its financing and accountability, examine how the 'advocate' improves the lives of our sons and daughters, and how tensions between the advocate and families can be resolved. There are problems but the last 15 years have shown that if it works well, it has a massive impact.

Coming out of a Hashomer Hatzair background (a left wing Zionist Youth Movement), and in view of the fact that the project can only be used by those who can afford to put money into the pot to finance the advocate, I decided to take the same concept and create a charity to allow people to put in what they can afford, and to raise the rest of the money to run the project. Kith and Kids adopted the idea, and has been running for the past five years. They have a project called KLASP, a similar but reduced version of Reserve Power and different in structure as well as finance methods, but still very effective.

I would suggest that those interested should go to the Kith and Kids site (just put the title into Google) and see what a self-help group of families can achieve, from holiday projects to family support and advice. You can also see an outline of the KLASP project.

So do come along to an evening seminar in Israel. We will discuss and share the experience of both concepts and see if we can get together families who might like to think about starting a self-help group and possibly a similar project to either Reserve Power or KLASP.