Unique Solution to the Conflict 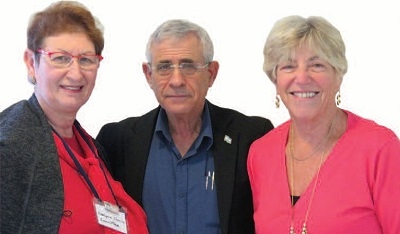 With a record number of people attending, our Modiin branch was honored to host Prof. Mordechai Kedar, an esteemed and world-renowned expert on the Israeli Arab population, who presented a fascinating analysis of the different Arab and Muslim country blocs in the Middle East.

Explaining the background of these various blocs by tribe, social customs and area of the country in which they live, we were introduced to a new take on the difficult and complex situation existing in the Middle East. Prof. Kedar noted that the ongoing warfare in volatile Arab nations such as Iraq and Syria is based on the fact that the borders of these states were drawn decades ago by the British Empire, which failed to consider the traditions and pride of each tribe and their abhorrence of having others under the same flag. As he explained, you cannot impose Western ideals on Middle Eastern thinking and expect it to survive successfully. Many of the tribes will continue to fight to the bitter end to ensure their survival, as is still seen today, because of the long-standing distrust and desire to maintain clan independence.

Understanding the political situation gives rise to many questions. It is indeed a shame that so many world leaders clearly have no understanding of the underlying prejudices and cultural complexities when proposing Western ways to solve the Middle East situation. 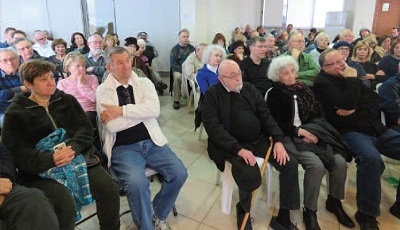 Part of the large audience listening with enthrallment to Prof Kedar

In terms of Israel and the Palestinians, Prof. Kedar offered a unique solution. Create a state of emirates much like the United Arab Emirates (UAE), which comprises a federation of seven absolute monarchies, such as Abu Dhabi and Qatar, that live in peace one with the other due to the fact that each country comprises one tribe only.

While Gaza is for all intents and purposes an independent state already (albeit reliant on Israel for supplies) ruled by Hamas, the West Bank on the other hand is comprised of different family clans which reside in centers such as Ramallah, Nablus, Hebron and so on. By according each city or clan area its own independence a la the UAE to form a confederation of mini emirates, a peace map can be drawn based on these very divisions.

Prof. Kedar spoke for more than an hour and was halted only due to the late hour. Indeed, we could have listened to more and continued to ask the myriad questions about which the audience was keen to hear his opinion.

ESRA Modiin will look forward to hosting the eminent professor again in the future.