A Panacea for Israeli Energy Market

Two decades ago, I accepted an offer to move from private practice to an in-house position at the Israel Electric Corporation, the state-owned electricity utility, as Legal Advisor of Fuels at IEC. From that moment on, my legal career became inexorably linked to the energy sector, which was about to undergo unprecedented changes.

At the time, Israel was one of a handful of countries worldwide, whose power stations were fuelled by one hundred percent imported fossil fuels — Israel, for obvious reasons, has no hydro-electric stations and no nuclear stations and renewable energy was negligible. Dependence on fuel imports for electricity generation is generally strategically risky, exacerbated by Israel being an "electricity island" with no grid connection to any neighboring country. Security of supply is therefore paramount. From an environmental perspective, the situation was no less dire: heavy fuel oil – the most pollutant of fuels, and coal, were the dominant fuels. 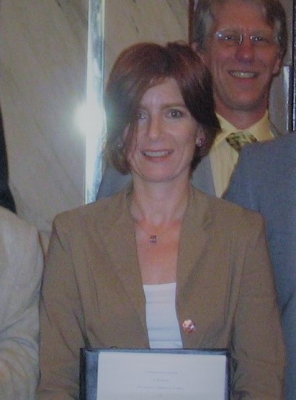 All that changed when the Israeli Government decided to introduce Natural Gas into Israel's fuel basket. This decision would catapult Israel from this dependent, pollutant position, towards energy independence, strategic importance and with an environmentally improved fuel basket.

The implementation of this important decision was achieved, firstly by providing the necessary regulatory framework for natural gas to be consumed and transported, and secondly, by authorizing its electric utility, IEC, to purchase natural gas. My career as an energy lawyer was born.

I had the honor to be part of the international team which worked on the first two Israeli natural gas purchase agreements — the first, with the Noble-Delek group, and the second, with the Egyptian gas export company. The latter involved many trips to Egypt which were fascinating, and which culminated in 2005 in the signature of the gas agreement with IEC and a government to government MOU.

Since the Government's cardinal decision, substantial quantities of gas have been discovered in Israel, primarily by the Noble-Delek group -– each of the Tamar and Leviathan fields was declared the largest gas discovery in the world, in the respective year of discovery.

Natural Gas has not only changed the fuel basket beyond recognition — heavy fuel is no longer part of the fuel basket and the coal portion has dropped from 70% in the pre-gas era, to approximately 30% today, but it has enabled competition in the electricity market. Huge inefficient coal plants are not a feasible option for the business sector to invest in; but give them efficient gas-generated stations, and they will come pouring in.

That is what transpired in Israel. The government put the regulatory framework in place and granted licenses to construct and operate privately owned gas-fired stations and today over 30% of electricity is generated by private producers and this trend is not slowing down.

Natural gas has in addition led to the opening of international markets and enhanced Israel's position in the Eastern Mediterranean. Israel now exports gas to Jordan and Egypt and these deals are a substantial portion of the exports between the countries.

The government recently approved an agreement to support the EastMed Gas Pipeline, which would transport Israeli and Cypriot gas, via Greece and Italy, to Europe. And that was all before Israel and the UAE decided to normalize diplomatic relations. The surprise deal —expected to be signed at a White House ceremony in the coming weeks — will no doubt include cooperation in the energy sector, but it is too soon to predict all the repercussions of this breakthrough.

It is important to note that Israel is not Texas where we have heard about people accidently discovering oil in their back yard. Each and every Israeli natural gas field discovered to date, is located offshore in ultra-deep waters (Leviathan has a water depth of over 1,700 m) which poses technological and economic challenges. In addition, all these fields are situated outside of Israeli's territorial waters, which poses legal challenges.

An additional legal challenge has been the lack of competition in the natural gas upstream sector, which ultimately led the government to impose the Natural Gas Framework on the Tamar and Leviathan leaseholders. Which brings me back to energy law. As a result of the gas discoveries, we have seen an abundance of legal work with local and international companies seeking to purchase petroleum licenses, while the regulator is constantly publishing new guidelines and regulations on how this sector should operate.

I would like to conclude with a personal perception which draws on a comparison between the energy markets of South Africa and Israel, past and present. When I left South Africa for Israel, some 40 years ago, SA was the land of plenty in all aspects, including natural resources, and shortages of water and electricity were unthinkable. Israel on the other hand, a semi-arid state, suffered from severe water restrictions (my habit of having baths was heavily frowned upon), electricity reserves were down to a mere 5% and Israel's fuel basket, as explained above, was environmentally and strategically, lacking.

For the past decade, SA has suffered from acute water and electricity shortages and outages, affecting all walks of life and the economy. The general consensus is that these shortages do not stem from lack of fuel or water, but rather from mismanagement of the resources and the government's flawed planning of the electricity sector.

Israel, on the other hand, has established five desalination plants, with two more in the planning and construction process, bringing the country to a state of water supply independence. Electricity reserves have soared, and reliability of supply is excellent. In addition, Israel has built a burgeoning natural gas industry and has gained a place of importance in the international energy arena. This has been made possible through intelligent government planning, a workable regulatory framework and considerable private investment in the electricity and natural gas markets.

The future of the Israeli energy market looks extremely promising and I am proud to be part of this success story.