Just imagine the fascination aroused when ESRAmagazine reader, Vera Wallerstein, scion of a musical family in Prague, discovered an article in the last edition describing a Prague festival featuring the revival of music lost in the Holocaust (Out of the Shadows by Marion Stone, p64, ESRAmagazine #188, February/March 2017) and subsequently learned of the inclusion of a piece arranged by her great-grandfather, the Head Cantor of the Meisel Synagogue, and music teacher Cantor Moritz Wallerstein, in Prague.

It prompted Vera to seek contact with the author via the magazine editor, Merle Guttmann, and this led to an exchange of surprising information plus a series of personal connections too.

Vera explained, "It was exciting the moment I read the article because a whole section of my family from Prague was incarcerated in the nearby Theresienstadt ghetto camp where they held concerts and musical evenings. However, they all later perished in Auschwitz." 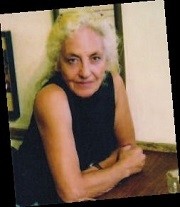 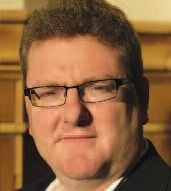 Vera experienced a "rather spontaneous emotional response" when learning from Marion Stone, that the name of her great-grandfather, Moritz Wallerstein (1847-1906), was on the concert program.

One of the pieces played and sung in German at the concert was Cantor Wallerstein's own arrangement of Psalm 84. The piece was discovered in the Prague Jewish archives by Dr Stephen Muir, senior lecturer in musicology at Leeds University's School of Music.

Zambian born Dr Muir is not Jewish, but after conducting research on Russian music, he has gone on to specialize in Jewish liturgical music after being "blown away" by it when he attended a service at the United Hebrew Congregation in Leeds where Chazan Albi Chait is cantor.

Dr Muir went on to reveal to me, whereupon I revealed it to an again-surprised Vera that the piece was published in a book of Cantor Wallerstein's collected arrangements entitled Hebrew and German Synagogue Songs - for choir soloists and organ (trans.) and published online via the Frankfurt Stadtbibliothek, Goethe University. (He thanks young researcher, Martha Stellmacher, for helping him find resources in Prague.)

Although Vera was not aware of that publication, she does have a book which mentions her family. It is Music in Terezin 1941-45, by Josa Karas, (Beaufort Book Publishers in association with Pendragon Press, New York, 1985.)

Vera described to me the accomplishments, ordeals and journeys of her family. Trying to fathom who was who in this highly talented but tragic family necessitated this writer's drawing of a family tree. Cantor Moritz Wallerstein had seven children: Konrad, Lothar, Viktor (Vera's grandfather), Margot, Theresie, Laura Lotte and Gertrude.

Of those, Konrad and two of his three children perished in Auschwitz as is assumed was the fate of his sisters Margot and Theresie, a pianist and a piano teacher. The fate of the other two sisters is unknown. Survivors were brothers Lothar and Viktor and one of Konrad's daughters, Hannah. Hannah arrived in Britain on the Kindertransport and moved to the United States and, as one of her father's first cousins, Vera remained in contact until Hannah passed away two years ago.

Professor Konrad Wallerstein, Vera's great-uncle was an eminent teacher at the German Academy of Music in Prague. He was sent to Theresienstadt where he hosted concerts and musical recitals at this Nazi "showcase" camp where the Nazis infamously deceived the Red Cross.

Dr Lothar Wallerstein was a director of opera and theater and escaped to America, while his brother Viktor (Vera's grandfather) was an art dealer specializing in German Expressionism, who moved from Prague to Berlin and then in 1937, to Florence, where he spent WW2.

Viktor had two children - Franz (Vera's father) and Gitta (Vera's aunt). Gitta was the lead dancer in the Berlin Opera, but when the Nazis rose to power in 1933, she was fired because she was Jewish. She and her husband succeeded in fleeing with a dance company via Switzerland to America, where she lived in Los Angeles, and later in New York and she only passed away a few years ago at the age of 97. One of her father's well-known artist contacts, Viennese Oskar Kokoschka, painted a portrait of Gitta which is now held by the Kokoschka Foundation in Dresden's Galerie Neue Meister.

Vera's father, Franz Wallerstein, was born in Munich in 1904 and grew up in Berlin. Franz too escaped from Berlin, like his sister Gitta, when the Nazis came to power, but he headed for Johannesburg in South Africa where he married Berlin-born Ingrid (nee Kahnemann). The couple met in 1939 in Johannesburg and married in 1940, subsequently moving to Bulawayo (in the former Rhodesia) where they had a daughter, Vera Margaret Wallerstein, who grew up there.

Franz too was a musician and played the cello, although not in a professional capacity. "He worked in a commercial concern but everything in his life was music and art. In fact, he played in a chamber orchestra," said Vera.

Vera left Rhodesia in 1966 and, with a dose of idealism, made aliyah with the Habonim youth movement. Initially living on Kibbutz Tzora, she studied at the Bezalel Academy of Arts and Design before becoming a graphic designer.

An unusual period of her life during a few years in London in the late 1990s included the interesting experience of teaching art and crafts to the adult male inmates of the top security Wormwood Scrubs prison. "Once you got over the initial apprehension, you realized the men were quite protective," she said, adding, "and like anywhere - some were nice and some were not. Getting them to do anything was quite a feat but most important was how it benefited them."

On her return from London Vera went back to lecturing at Shenkar College. The Joint Distribution Committee granted her the "Eshet Lapidot" award for women who have excelled in their field to work on a project with a community of her choice. Vera chose to work with released female prisoners. Her project, "Making a Bag"', took place over the summer in Shenkar's Textile Design Department, assisted by a few teachers 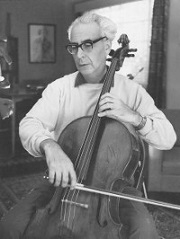 Vera rose to become a senior lecturer at he Shenkat College for over 20 years, and the head of the Department of Textile Design from 1987 -1992. She retired a few years ago, and now concentrates on her own work which involves making 3D pieces from a variety of materials, emphasizing movement and tactile qualities. She has lived in Tel Aviv for 17 years.

What also emerged were some of the connections between people involved in Vera's story. Vera and ESRAmagazine editor Merle Guttmann were both from Bulawayo and, in fact, Vera and her parents had been very friendly with Merle's late brother, Marshall Baron, who was the music critic for The Bulawayo Chronicle.

In addition, Marion Stone found that she and Vera had similar backgrounds in textiles as Marion had studied textile production, working for most of Israel's well-known garment producers on quality control and production. Both had also made aliyah alone as young women - Marion to Haifa, Karmiel and then Modiin.

Marion also enjoyed a love of music and had been introduced to the Prague festival via long-time Leeds-based friend, Dr David Fligg, who informed her of the Prague festival week which he organized. Dr Fligg, a colleague of Dr Muir, is project consultant for Performing the Jewish Archive (PtJA) and his main area of research is the music of the Theresienstadt prison camp and ghetto, especially the life and music of Gideon Klein.

I, too, (Lucille Cohen) was surprised to find connections with my early home city of Leeds when speaking to Marion Stone from Leeds and catching up with a member of the Fligg family (David) whom I had not known despite my being related to some of the Fligg family and working with Dr Fligg's brother Mike on the Jewish Gazette and Jewish Chronicle. 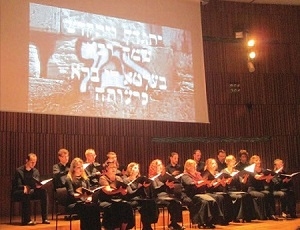