Jeff shares his love of Chazzanut 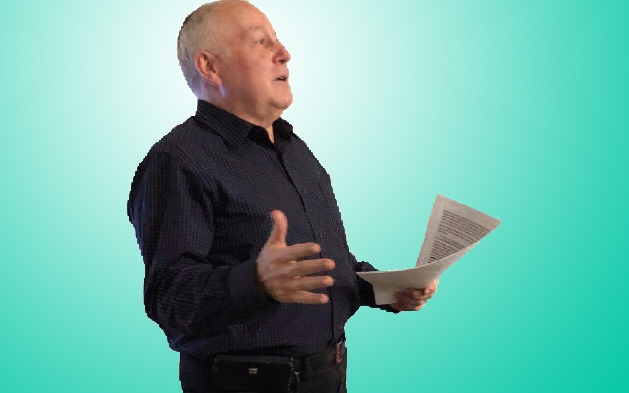 ESRA Modiin Music Lovers were treated to an evening with a difference. The host, Jeff Shron, a popular and well-known performer, was also one of the participants.

In his home, filled with some 40 music enthusiasts, Jeff shared his knowledge and love of Chazzanut, skillfully illustrating its appeal with videos and recordings.

While inclusion of some of the early and best-known exponents of Chazzanut such as Yossele Rosenblatt, David Kusevitsky and Moishe Oysher, could have been predicted, there were also instances of famous Chassidic singers performing popular songs, including Avraham Fried, Mordechai Ben David, Yitzchak Meir Helfgot and Shulem Lemmer, singing in Yiddish, Italian and English.

Examples of well-known performers whose association with Chazzanut might not have been anticipated at all, included Johnny Mathis and Barbra Streisand. Her rendition of Avinu Malkeinu at a performance attended by U.S. President Bill Clinton during an official visit by Israel's Shimon Peres was as emotional as it was unexpected.

The range and relevance of the musical training and skill developed by Chazzanut were aptly illustrated by the careers of both Richard Tucker, who went on to become a renowned performer in opera, and Dudu Fisher, whose success in musical theater followed his starring role in Les Miserables in the Broadway and London productions.

Our grateful thanks for a most delightful and informative evening go to Jeff and Hedy Shron.