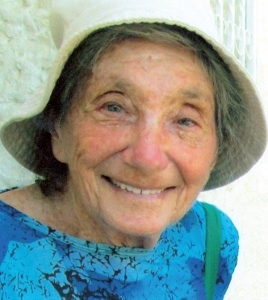 My beloved sister Bella Jellin passed away on May 30, 2014. A piano and music teacher, she made aliyah to Israel from South Africa in 2010 and lived in Beit Shemesh.

Many of you may have known her, and surely would have read the various articles relating to her fight against apartheid, but most importantly her untiring efforts to ensure that her Colored and African pupils received the same respect and acknowledgement that were given to their White counterparts.

In 1972 Jack Kolitz wrote an article in the Zionist Record and S.A. Jewish Chronicle entitled "Bella Jellin Lit a Candle in the World of African Music" which began as follows: 'To urban Africans interested in music, the name Bella Jellin has become legendary'. He describes how, as a girl, she assisted her father in his secondhand furniture shop and at her insistence kept a piano at the back of the shop so that, apart from practicing herself, whenever a Colored or African came in and expressed an interest in piano, she took them on as pupils without pay.

After qualifying as a music teacher she went to live in Johannesburg and it was in the early 60s that she became involved with A.M.D.A., the African Music and Drama Association for adults at Dorkay House. Very soon, however, she persuaded them to allow also children to come. Her first pupils were Laban and Peter Melobya, then aged 10 and 7 respectively, who spurred on by Bella's untiring efforts, were soon participating in end-of-year concerts and giving recitals on Radio Bantu. She never differentiated between talented and other pupils and gave equal opportunity to all. And because she never turned a child away, she formed percussion bands so that those other pupils too could get to know and read music through making music.

When Bella turned 60 a ceremony was held at Dorkay House honoring her for her tireless efforts teaching music to Black students there for 30 years, as well as in her apartment in Yeoville. At the function Mr Mokalati, father of Josiah, one of Bella's top pupils, in a moving speech said that Bella had become a legend in her lifetime and that she would live on in her pupils' hearts forever.

One of the highlights of Bella's teaching career was when an examiner from the Trinity School of Music came out of the exam room and said to Bella: "that rendition of Schumann by your pupil was the best I've heard all the way down Africa".

Bella fought endlessly to have her African pupils recognized, and even approached world-famous musicians to listen to her two most talented pupils, Laban and Peter Melobya. Gina Bachauer, during a concert tour of South Africa, was one of those who agreed to listen to them. When much later, Laban was one of four students being considered for a scholarship by the Royal Society of Music in London, Bella wrote to Gina Bachauer asking her to send a letter of introduction for Laban to the Society. In a signed letter to Bella she said she would actually phone them and hoped that his application would be successful.

Bella was also a piano accompanist to Bluma Rubin who taught modern movement and mime. In his write-up of a concert held at the Johannesburg University Great Hall, 'DS' wrote: "Highlight of the second half was undoubtedly a dance drama on The Sea choreographed by Bluma Rubin with original music by Bella Jellin."

Bella was also a political activist during apartheid and wrote for an underground newspaper. Many times she would invite some of the reporters to my apartment in Hillbrow, Johannesburg, where, with curtains closed, we would have supper and interesting discussions together..

After I left for Israel in 1961, she told me how one evening she heard a noise and found that a young black guy had broken into her Yeoville apartment through the bathroom window; a terrifying experience for Bella, but the bloke seemed just as terrified as she was. He was bleeding and told her that the police were after him because he did not have his pass on him. Bella hid him under the bed in her bedroom and when the police knocked at the door asking if she had seen a black man, she said, "No". She then cleaned his wounds, went downstairs to make sure no police were in sight, gave him some food and worked out his escape route. She never found out what became of him.

Until coming to live in Israel in 2010, Bella continued to teach at various schools, including King David and the Houghton in Johannesburg. She chose to live in Beit Shemesh where she had many friends. There she continued to teach any child who showed interest - either by giving them piano lessons or on one of her many percussions instruments. This she did as usual without pay despite her very frugal income, saying there were always people worse off than her. At her funeral the mother of an 8-year old autistic child told me that Bella, with her music and encouragement helped this autistic son tremendously.

She never saw doctors or took medication but was a great believer in vegetable juice combinations which gave her energy and all the necessary vitamins. She died at the age of 83 and has left a huge vacuum in my life, and, I am sure, in the lives of many of her friends as well.