What’s in a Changing Name? 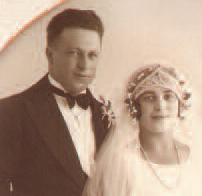 I must admit that I was not giving my full attention to the Ketuba reading while attending a wedding a while ago. After all, just how many times can one listen mindfully to the Aramaic formula for "… necessities of life and conjugal needs, according to the universal custom"? However, my stupor was disturbed when out of the left field of my brain I heard the bride's name, "Daughter bat Father hamechuneh (known as) Ritchie!" Yep, there it was, the father of the bride's nickname penned on this significant family document for posterity.

It fascinates me how time and again, people's names bend and change as they pass through life.

The Midrash Tanchuma on Parashat Vayekel states, "A man is known by three names: The name by which his mother and father call him, the name by which others call him …" My two grandfathers are cases in point.

My father called himself Abba ben Moshe. Yet his father appears as Yechiel Moshe ben Abba Yisrael on his Ketuba. But hold on, Yechiel Moshe's father's name was Abba Meir. Whether "Yisrael" was meant to designate his rank in Jewish hierarchy or not, Meir had disappeared by the time his son got married. We called that same grandfather Grandpa Morris.

My maternal grandfather was married as Shachneh Velve ben Tzvi Lipman but on his daughter's Ketuba he appears as Shachneh Ze'ev. It is telling that the Velve document is dated 1927, preceding the establishment of the State of Israel, while the name Ze'ev appears in 1953. Surprisingly, the name Wolf does not feature on any document. By the time he died, both Velve and Ze'ev had disappeared and my great-grandfather's name had morphed from Tzvi Lipman to Yehuda Leib Halevi. We knew that grandfather as Grandpa Sidney.

The above quoted Midrash continues "… and the name he earns for himself. The most important name is the one he earns for himself." Having a good name, a synonym for integrity, was such an elemental feature of my father's life that on his tombstone we inscribed that famous statement from Ecclesiastics, "A good name is better than good oil".That is the name which my father earned for himself.

So why does all this name changing occur? While there are records of censuses in the prominent empires of the ancient world, until recently, written records of ordinary people were sketchy if not non-existent. In some cultures names are so complex, how could they possibly be remembered? International cricketer Gampalage Shehan Naveendra De Fonseka Gunawarna Jayasuriya has a typical Sri Lankan name, which may include the name of an ancestral village, rank in the village hierarchy, ancestors' profession and more.

The Torah expends hundreds of lines listing male lineage. Yet of the approximately two million souls who left Egypt we know the names of just a few dozen. God changed our founding parents' names and Moses' father-in-law had seven different ones according to the Midrash. Until the modern age the record of almost everyone who was not rich or famous lived and died with their descendants. And not so long ago, most people did not even know their grandparents in their adult life. So their names disappeared or were remembered vaguely. Have we not all told family stories and then heard those same tales told by our siblings or cousins with a twist on our version? Meticulous digital recording of human identity, from name through blood-type to DNA, is a modern development. 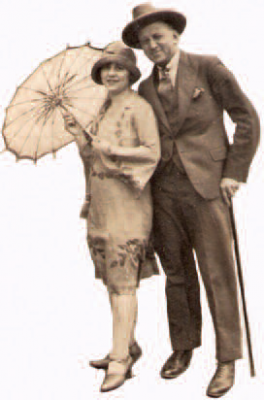 Then there is the phenomenon of the wandering Jew. As our forefathers and mothers traversed continents and culture through the millennia, they chose or were forced to adapt to local custom and mold their identities, down to their names. (It is a testament to the power of tradition that they continued to give their children Jewish names throughout the dispersion.) My great-grandparents and grandparents were born in Europe and immigrated to Cape Town, South Africa. In their cases, Yiddish was dropped in favor of English. Siblings of my two grandfathers included Harry, Phillip and Louis, names of Western European kings rather than Latvian and Byelorussian locals. Our parents were born in Cape Town and came to live in Israel. Hence the mingling and morphing of Yiddish, European, English and Israeli titles. My father was known to his children as Albert and to his grandchildren as Saba Abba. Our grandchildren will wonder how their Savta Cheryl, whose Hebrew teacher re-named her Tziona, was born as Chesnah.

Our kids and grandchildren have only Hebrew names. I remember our parents' consternation at having descendants named Mor, Bar, Hen and the like. Hoping that our offspring will never leave this cherished land, perhaps their given names will travel with them down the length of their lives.

As for family names, you will note from mine that that is another story. I would guess that you have one too!

The author was born in Cape Town and lives in Jerusalem.