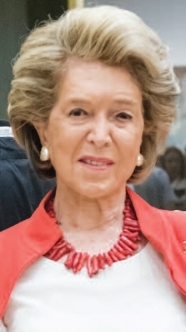 Nina Avidar Weiner was born in Alexandria, Egypt to an Israeli mother and Ukrainian father. In 1948, Nina arrived in Israel with her family, refugees from an Arab country. After completing her schooling in Israel, academic studies took her to Switzerland where she studied psychology with famed Jean Piaget, and then to Columbia University in New York, where she settled for the next 55 years. Nina co-founded ISEF with Edmond and Lilly Safra in 1977, with the understanding that education was the key to closing social gaps in Israel.

It was my privilege to interview this remarkable woman.

Q: What was it like arriving in Israel as refugees in 1948?

A: "In the early years of Israel's statehood, there was a general feeling that we were living the fulfillment of a dream. But life was very difficult. Food was scarce. We had family to help us, but I was very aware that for others it was much more difficult.

As for integration, I had been socially well integrated in my Jewish school in Alexandria. Here in Israel, I was not exactly an iconic Israeli. It was difficult both physically and psychologically making all the required changes when moving from one country to another. And again, I saw how difficult it was for others among Israel's new immigrants arriving in less favorable circumstances to cope with all the changes and adjustments.

My choice of study, psychology, reflected my desire to understand both myself and others, and how people cope with change.

Q: After high school you went off to Switzerland to study. Language wasn't a problem?

A: I couldn't do the army for health reasons, and decided to go abroad for continued studies. I had studied French in Egypt in my Jewish school where we also learned Hebrew and Arabic. My father spoke 10 languages and my mother also spoke several languages. In Alexandria one heard many languages, so no, language was not an issue. In fact, I have a sister living in Brazil, and having spent time with her there, I added Portuguese to my spoken languages, which also include English, of course, as well as Spanish, and Italian.

Q: What prompted your establishing ISEF?

A: During my studies, I met Prof. Reuven Feuerstein and I worked with him during the summer and holidays in Youth Aliya Camps in the South of France. There were children from Morocco, Algeria, Tunisia, and they were quite miserable being separated from their families. They came from poor backgrounds and had been sent to Youth Aliya for a better life. I saw the intelligence in their eyes and was aware of their lack of opportunity for advancement. I understood the gaps that would develop in Israel between the Ashkenazim, coming from better circumstances, and the Mizrachim.

I went on to study at Columbia University and settled in New York. It was there that I had the idea of establishing ISEF to close the gaps in Israeli society. 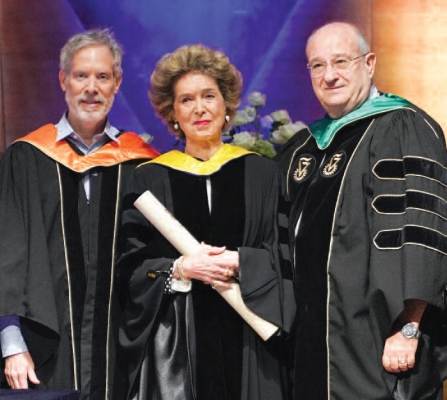 Q: Having an idea is one thing and setting up a successful foundation is another. How did you do it?

A: The Safras were longtime family friends. When I decided to set up the foundation, I approached Edmond Safra, who I knew to be a person who listens. I said to him, 'Edmond, we have a problem in Israel.' He is also a generous person and has been the foundation's major donor all these years.

And I've learned to be a fundraiser myself. When you can show donors the results of your work - alumni who have become today's heads of major hospitals, Members of Knesset, and presidents of colleges bringing technological education to the periphery, giving back in the way that ISEF gave to them - the proof of success, with its alumni becoming such important contributors to society, inspires them to come on board.

Q: To what do you attribute the impressive success rate of your alumni?

A: ISEF is more than a source of scholarships for its students. It creates a community and teaches values. For the alumni from Israel's periphery who went on to study abroad at Harvard, Berkley, and NYU, ISEF held annual seminars in New York. In addition, it held bi-weekly seminars in Israel for its scholarship students. The seminars focused on equality and leadership, teaching the value of creating a better society and giving back to society. That is why so many of ISEF's alumni go back to the periphery they came from and help others close the gap, acting as role models and providing educational opportunities.

Q: What brings you back to Israel now?

A: I've always loved Israel. I have family here that I wanted to be closer to.

Israeli society, with all its problems, is more together than Israelis realize – far more than the US or European countries. Even in England, it has been proposed to establish a Secretary of Loneliness – so descriptive of what is happening today. Families live at great distances from each other. As you get older, you travel less and families remain separated. In Israel, 80% of families still have Shabbat dinner together. There are a lot of very good things about Israeli society, despite its problems. And I enjoy Israel's weather.

"I'm very happy with the new connection between ISEF and ESRA and I look forward to learning more about your organization. I'm still working to make Israel a better society."

And so are we at ESRA, which makes us such a good match. Partnering in ESRA's Students Build a Community project in Akko, ISEF MA scholarship recipients are mentoring ESRA's BA participants in the project who are mentoring schoolchildren in return for free housing – and everyone wins!

So welcome back to Israel, Nina, welcome to ESRA and we look forward to further cooperation.