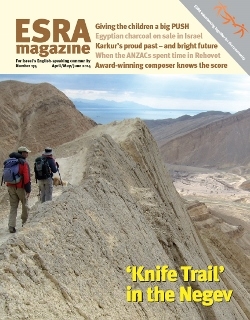 Two years ago I politely warned the First International Bank of Israel (FIBI) that they would either waive my commissions or I would move my account to the Bank of Jerusalem (BOJ) which doesn't charge any commissions. FIBI waived my commissions. But after a few months, FIBI resumed charging me. They explained that I had to renew my waiver every 6 months or so. I politely warned them that they would either automatically renew my waiver or I would move my account to BOJ. That worked fine for a long time. Then in January they charged me an annual fee of 32 shekels for some contrived service. The charge annoyed me, and then the astronomical, unbelievable salaries of bank directors hit the news. That was the last straw; I finally moved my account to BOJ.

Eighteen months ago I had moved 100,000 shekels to BOJ because it gave me a much higher interest rate compared to the very low interest I was receiving at FIBI. There were no surprises, no tricks, and no nickel-and-dime commissions. So I had some reason to believe that moving my account to BOJ would go smoothly. It did. There have been no surprises. As a bonus, "N", my banker, told me that I didn't have to move all of my automatic withdrawals from FIBI to BOJ; he'd move them for me! So moving a bank account is not much work at all.

Now when people complain about bank commissions, I have no sympathy.

I agree with Lydia: You can't beat the feel of a real book in your hands

I just read the article in the ESRA Magazine written by Lydia Aisenberg about how much she loves to read books from a book and not from an e-reader or Kindle. While I have adapted somewhat to reading on a Kindle, I will always prefer the feel of a book in my hand, and we are not the only ones.

I wanted to buy the book, To Kill a Mockingbird, on Amazon Kindle, for my teenage son so he could read it while out and about (the copy I had given him was a very nice hard cover edition). I was unable to find this book on the Amazon website. I further researched this situation and found the following reason:

To Kill a Mocking Bird is one of the rare classics that is not available as an eBook. This is because the author of the book, Harper Lee, did not allow an eBook version to be released. Harper Lee famously said that 'some things should happen on soft pages, not cold metal.'

PS: I have since been to the ESRA secondhand bookstore in Modiin to buy an older copy for my son to carry around with him so he can read on his commutes to and from school.

Bookmark has kept my place for 36 years

I just received my ESRA Magazine. Arrived at page 30 – "Bookmarks are facing extinction" by Lydia Aisenberg.

Being 'hooked' on books I just had to tell you a story of my bookmark.

In 1978 I visited my penfriend in South Africa. We became friends through the Jewish Chronicle at the age of 13. During my visit my friend, who was now a driver, and I were able to visit many places during my month's stay. We visited the Kruger National Park for a weekend, and as a keepsake I bought a brown leather bookmark stamped with giraffes and the words Kruger National Park, R.S.A.

Today, at 80, I have used it every day since and it is in perfect condition.

Do you think they are still facing extinction?

I enjoyed the stories of all the bookmarks. I wonder how many books I have read from 2nd hand bookshops since my aliyah in 1966.

I spoke to my penfriend yesterday – she is now in Australia to where she emigrated three years ago.

New 2010 rule as our shelves are overflowing

As our shelves at the Raanana ESRA Bookshop are overflowing with books, we can only accept books in good condition (novels & non-fiction) published in and after 2010, as well as children's books.

Thanking you for your cooperation and for all the wonderful, amazing publications you have donated in the past.

Back copies of your wonderful magazine are now being read all over again . . .

I look forward to receiving my new ESRA Magazines which have improved greatly from year to year. Not that the first publications were unattractive, as even then it was a well-printed and published magazine, but now is even better especially the cover photos each more attractive than the last.

However, over the years the big question, "what to do with the old copies" which I have always found impossible to throw away as garbage and collected until I had huge piles of them in a very small apartment. So one day I asked my hairdresser downstairs (I live in a retirement center called Mediterranean Sea Towers at Nordia), and she said to bring them there as there are a large number of English speaking and also English-reading residents here. I gave them to her and a couple of days later I saw her and she told me all the magazines had disappeared and been taken home to be read by her customers.

What a great solution to my problem and how glad I was to hear that those lovely magazines have had such a happy and useful ending and, hopefully too, to the benefit of ESRA.

When the cable TV infrastructure was brought to our area we were connected to HOT.

In 2013 a representative of HOT called me to suggest a way to reduce my monthly subscription payments by signing for the 'Triple Package'. I declined, saying I would not change my telephone and internet providers.

"No problem, "the HOT rep. replies, "sign up and we will NOT connect you to HOT telephone and internet service."

Try calling HOT Customer Services. It is a nightmare. Each time I'm on hold for over 10 minutes!

Needless to say, I am now a very satisfied customer with YES Satellite TV, paying half of what I used to pay monthly to HOT. There is a wider choice of movies, better quality reception, it's easier to find Israel radio channels, and more.

I feel I was misled by the HOT sales representative.

Thanks, it's been a real labor of love

I do love the work that I do with distributing the magazines, and I so love our beautiful and excellently done ESRA Magazine.

But, unfortunately, my health does not permit me to continue with volunteering of any sort, certainly not for the near future.

Thanks for having me as part of your team because it's been a labor of love.

And "yasher koach" for all your hard work.

Geeta Gariby and Bernice Meyers are the volunteer coordinators in charge of the distribution of ESRA Magazine. 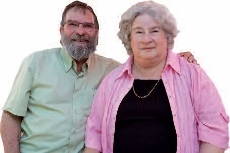 I have been blessed with a second chance of happiness, so please don't give up hope

It is an honor to have an article appear in the beautiful ESRA Magazine and I do hope that my piece on widowhood expresses the feelings of many while also giving them hope – but the headline and short blurb that appear before the article don't reflect the reality of my personal situation.

I wrote the piece recently when reliving my own past experience through the pain of a good friend who lost her husband. In the bio that I submitted, I wrote that I had been widowed and remarried. My name also reflects that fact – with 2 family names.

Three years after the death of Ed Glaser, I did remarry, and today I have already spent 11 good years with my second husband, Yaacov Ben-Avraham. The headline gives the wrong impression and seems unfair to Yaakov who, in addition to marrying me, has taken all of my large family to his heart.

I do hope that this letter will correct the impression that I am now an unhappy widow. I have been blessed in having been granted a second opportunity for happiness.

Congratulations on yet another fascinating issue of the magazine.

THE statue of Maimonides used to illustrate an article in our last issue is situated in Cordova, Spain, and not at the Cairo Geniza, as stated.

THE last sentence of a report on a talk by Rabbi David Rosen on the Christian world's attitude to the Jews and Israel was missing from our last issue. It should have concluded with: "It was a memorable ESRA evening chaired with dignity and warmth by Richard Stein." Apologies for the omission.

Geocaching: Get to know the game on the Facebook page

SO GLAD you have discovered Geocaching! Everyone is invited to the Israel Geocacher's Facebook page to ask questions and get to know the game and the local geocachers (you can post in English): www.facebook.com/groups/gcisrael/Happy

Oran (Isracacher) This email address is being protected from spambots. You need JavaScript enabled to view it.

ESRA, an influence amongst the Anglos FROM the ESRA seeds, you, Merle, personally sowed and nurtured, ESRAhas grown into a significant influence among Israel's English speakers. Andevery issue of ESRAmagazine is a publication to look forward to.Paul Kohn, Herzliya I'm not a prude, but this was bad taste I'M NOT a prude, but I have to say that some of the jokes in the Humor column in issue 173 are in really bad taste. Do you really think, for example, that the "joke" about "a little girl" is acceptable? I think it is totally inappropriate for ANY publication, let alone ESRAmagazine
.Cynthia Pinchas
Herzliya

Can you explain as we thought this went beyond a joke

I read with surprise the last joke on page 95 of the past issue of the ESRA Magazine (February/March 2013). Either my friends and I (I checked with them) completely misunderstood the joke, or else I believe that it is completely, but completely inappropriate for a magazine such as this.
Perhaps, Ms Chodorov would be kind enough to explain the joke to me, in the hope that there is a different interpretation, or I hope that she and your readers didn't understand the joke.
By the way, I did like the joke about the Greek and the Italian!

Thank you so much for writing your heartfelt letter.

After 18 years of doing the ESRA Humor Page, it is wonderful to finally have a response and feel a "pulse in the nation"!

The joke you referred to was sent in by a regular contributor, and others laughed at it so much, that I decided to take a risk this time, which I generally avoid due to the conservative nature of our wonderful organization.

So rest assured, sleep well and feel secure - we will never dip our feet in hot water again.

I greatly appreciate your sharing what you did laugh at. And I hope you continue to read the Humor Page with great enjoyment in the future.