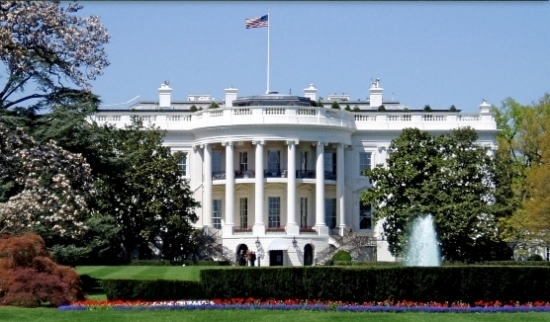 The White House ... it will be the home of America’s 45th president  Photo: Cezary p-Wikipedia

The American 2016 election is right around the corner. On November 8, 2016, will be the 58th quadrennial U.S. presidential election. A total of 34 Senate seats and all 435 House seats are up for election.

Did you know that the best time to register to vote/request an absentee ballot is January of each year, or at least 90 days before Election Day?

If you are a U.S. citizen 18 years or older (on Election Day) and reside outside the United States, you may vote absentee in any election for Federal Office. Registration requirements vary from State to State. https://www.overseasvotefoundation.org/vote/state-voting-information

Voting Myth – Absentee ballots only count in close elections, so why vote?

"Ballots are counted at the time designated by each State in their election laws", according to a representative of The Federal Voting Assistance Program (FVAP).

According to the Office of the Secretary of State in my state, Nevada, "Nevada does count all valid absentee ballots that are received by the deadline (at the County Election office by 7pm on Election Day). Absentee votes are included in Nevada's results reported on election night and official results certified by the Nevada Supreme Court."

Voting Myth – I must vote in person at the local Embassy.

Reality- - Since U.S. elections are run at the State level, citizens must communicate with their election officials to register, request a ballot and vote. https://www.overseasvotefoundation.org

There are 22 States that allow voting by email. My state, Nevada, emails my ballot. All I do is print, sign, scan, email back, and receive confirmation of receipt. Isn't that easy?

Voting Myth – Why vote? It does not matter.

Reality - Federal elected officials do listen. After every election, a survey is prepared, which shows where Americans vote. Israel is always on the list. https://www.usvotefoundation.org/2014-election-survey

If you have any questions, you can reach Andee Goldman at This email address is being protected from spambots. You need JavaScript enabled to view it. or for your Absentee Ballot request https://www.overseasvotefoundation.org

Voting from abroad is a privilege. By not voting, you allow others to speak for you.

Since 2008, Andee Goldman has helped many Americans living in Israel to vote. She is an active volunteer for Overseas Vote Foundation, a 501(c)(3) nonprofit, nonpartisan public charity incorporated in Delaware. OVF's mission is to give voters the ability to generate accurate and complete state-specific voter registration, and state-specific absentee ballot request applications across all states with instructions and local election office addresses, in addition to providing comprehensive voter information tools.