The Wrath of the Muses - Bridge 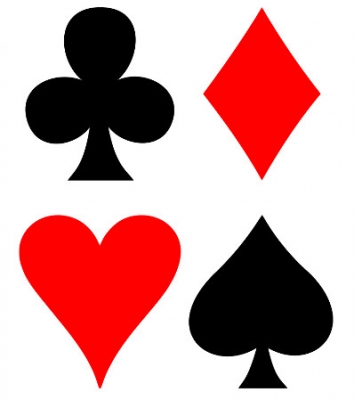 In my previous article (ESRAmagazine # 197), I introduced the concept of squeezes at the bridge table. In doing so, I must have tread on holy ground because the Bridge Muses chose to subsequently punish me: I have found myself at the sharp end of an inordinate number of squeezes these past two months.

Be that as it may, in the referenced article, I defined a squeeze play, in the broadest terms, to be one in which one or both the opponents are forced by declarer into making discards which result in their relinquishing tricks to which they would otherwise have been entitled. I went on to describe a hand which was an example of an "automatic" squeeze in that all declarer had to do was cash out his minor suit winners and observe the opponents' discards. I pointed out that while a squeeze position more usually manifests itself in the last 3 tricks, the pressure on the opponents may come at any stage during the play of the hand. I therefore suggested it was a good idea to run long suits to see how the hand pans out even if a squeeze or end-play is not immediately apparent. That is precisely what another canny declarer did to first squeeze, then end-play, me in the following hand:

As dealer in the West seat, I opened the bidding with 1S. North doubled, East passed and South, an aggressive but competent player, bid 2NT, which North raised to game. I led the ♠6 against the final 3NT contract. Declarer won my partner's ♠J with the ♠K in his hand and with a look of desperation, led the ♣10. The favorable lay-out of the suit allowed declarer to cash 5 tricks in clubs, squeezing me in the process. On the play of the fifth club, I was faced with discarding from ♠ A Q 7 5, ♥ K 9, ♦ Q 8. If I threw a diamond, declarer would play dummy's ♦A for his seventh trick, felling my then bare ♦Q, and throw me in with a spade. I could cash my 4 spade winners but then would have to lead away from my ♥K to give declarer the last two tricks and the contract. As it transpired, I decided to put declarer to the test and sacrificed one of my potential spade winners, leaving the following 7-card position:

Unfazed, declarer played dummy's ♦A for his seventh trick and then led a small diamond towards the closed hand. My partner valiantly tried to protect me from being endplayed by going up with her ♦K, but whatever she now played, declarer was able to score the two tricks needed for game with the ♥A and ♦J in his hand.

Painful as that hand was, the most ignominious of the squeezes I suffered was yet to come. Three weeks later, I found myself once again as dealer in the West seat:

I opened the bidding with a "weak two" bid of 2S. North doubled and without further ado South bid 3NT. I led the ♠K, which declarer ducked. She won my♠J spade continuation with her ♠A. Then, in quick succession, she played off four diamond tricks, cashed her ©A and played a small heart towards dummy. When I showed out, she thought a while, won the trick with dummy's ©K and played the ♣K, on which I followed suit with the ♣10. At this juncture, with 8 tricks already in the bag, declarer could have cashed her ♣A for her ninth but she was not content to settle for game. Being a "top-bottom" competition, she wanted to try for a vital overtrick by squeezing me in spades and clubs. However, with no long suit of her own with which to inflict the squeeze on me, how was she to do this? She found an ingenious way to get my partner to do the dirty work for her:: At trick 8 she surprised my partner by leading a small heart from dummy, allowing him access to heart winners he never expected to enjoy. He gleefully cashed took two heart tricks, leaving himself on lead with three cards to be played:

I tried to induce my partner telepathically not to play his last heart but, alas, to no avail. Out came the ♥7. I had no safe discard: A club would allow declarer to win the last two tricks with the ♣A and ♣9, while the ♠Q would promote dummy's ♠10.

Yes, partner could have avoided squeezing me by playing a club rather than his last heart but such is the wrath of the Muses. Well played, opponent!