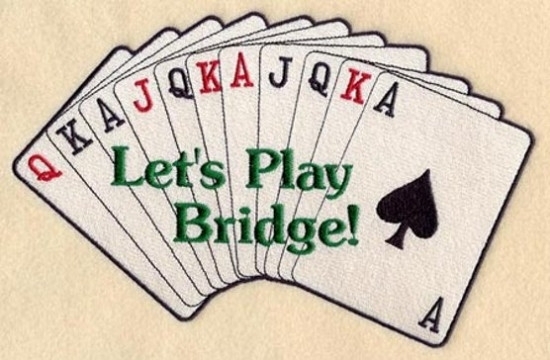 For the past six weeks or so, the American media have been awash with recounts and rehashes of the storming of the Capitol on January 6th last year. Readers will be pleased to know that, despite the title, this article is not yet another about the shenanigans of the former president of the USA. Rather it is about techniques declarer should use to overcome seemingly catastrophic trump breaks at the bridge table.

My first example of having to negotiate a bad trump break involves a fairly routine line of play. Sitting in the South seat, you are the declarer in a pretty reasonable 4♠ contract that requires only a 3-2 trump break to be a laydown.

You win West's opening lead of the ♦K with the ♦A on the table and go about drawing trumps. Both opponents follow to the ♠A but West shows out on the second round, discarding a small diamond, revealing the unfortunate trump break. It now appears likely your contact will fail with two unavoidable trump losers in spades and two, seemingly, in diamonds. But, in fact, all is not lost. You win two rounds of hearts with the ♥K in your hand followed by the ♥A in dummy and play a third round of that suit from the table which you ruff in your hand. You then play 3 rounds of clubs, importantly ending in dummy with the ♣K. When West follows suit, you are home and dry. This is now the 4-card end position:

The foregoing sequence of plays seems simple enough, not warranting any special epithet, but Trump Coup it was. Importantly, at the time you delivered the coup de grace, you had reduced the length of your trump suit to that of the opponent's, you had cashed your side suit winners, and you were in dummy to deliver the game-winning blow.

When you have an unusually long trump suit, you will need a lot of careful play and not a little luck to satisfy the above conditions for a Trump Coup to contend with a bad trump break. Consider the following hand where you are once again declarer in the South seat but this time the contact is 6♠:

You win the opening club trick with your ♣A and play a small spade to dummy's ♠Q, West discarding a club revealing the bad trump break. You next lead the ♠2 from the table which East covers with the ♠10 and you win with the ♠K. Although you have the ♠A,9 sitting over East's ♠J,8 there is no way to finesse East directly and you are going to have to rely on a Trump Coup which will require you to trump in your hand 3 times in order to reduce your trump length to that of East's. The ♥K from your hand is won by East, who continues with a club. You play dummy's ♣K but ruff it in hand. A heart to the ♥Q on the table allows you to lead dummy's last club for your second ruff, and a diamond to dummy's ♦J enables you to lead the ♥J from the table for your third ruff in hand. You complete the Coup set-up by cashing dummy's two top diamonds. At this point both East's and your hands are left only with 2 spades so when you lead a red card from the table, East's ♠J,8 are pinned under your ♠A,9 and, to your partner's delight, your slam rolls home.