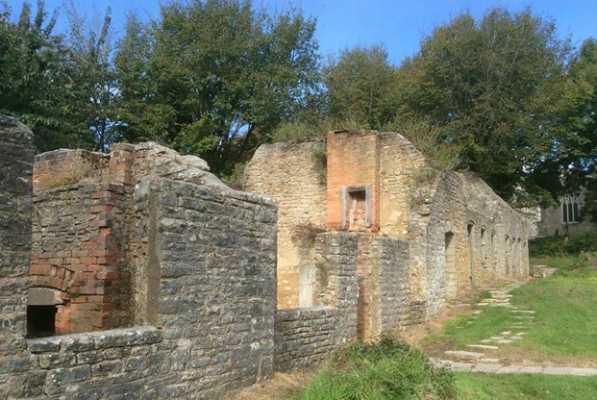 Throughout history people have had to leave home, uproot their extended family, break up their communities and take with them whatever physically possible – leaving behind that which cannot be packed into a suitcase, box, or storage container but will always remain part of a rich heritage passed down to their descendants – the love of and connection to that very special piece of taken land.

A particularly all too familiar story for Jewish and Arab people but the ruined, rotting and bramble covered derelict village homes, school, post-office and house of worship visited by this writer is not in Eastern Europe, nor in the Middle East, but slap bang in the middle of captivatingly glorious undulating hills and countryside hugging a stretch of impressive coastline … in Dorset, England. 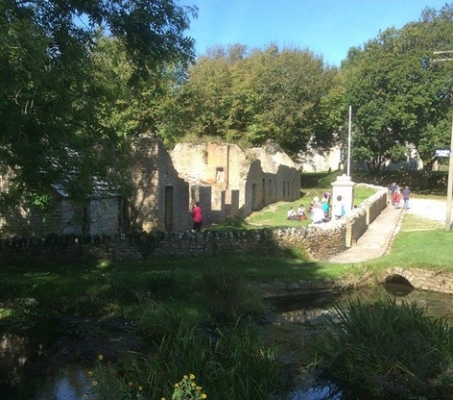 As a British-born Jew of immigrant grandparents who packed up their children, a few worldly goods and left an extended family and community in Poland early in the 1900s to head for an uncertain future elsewhere, this is a common, collective story of so many – but this English village was emptied in the 1940s England not the 1880s - 1920s Eastern Europe when Jews hastily left to get away from anti-Semitism and the vicious pogroms.

The evacuation of Tyneham in December, 1943, was carried out on the orders of Winston Churchill's war cabinet. The 225 residents of the coastal farming hamlet and those of another village named Imber (closer to the Salisbury Plains, where already a large area had been taken over by the British Army), was not entirely understood by the villagers. They had been told, and believed, that they would at some time in the future be allowed to return – although, to this day, that promise has not materialized.

Visiting friends in Dorset this writer was taken out for the day to ooh and ah at the incredibly rich Dorset countryside with its twisting, turning narrow country lanes, conjuring up different vistas with each bend, the roadside hedges on either side not quite high enough to block out the amazing views down to the coastline. Nor the sight of scores of sheep quietly grazing, miraculously balancing on almost perpendicular hillsides.

The sun is shining, sky deep blue, the whiteness of chalk cliffs adding even more magic to the breathtaking, luscious natural beauty.

Oh, to be in England now that summer's there (with apologies to Robert Browning) zings through one's mind especially as most of this Israeli writer's visits back to the Old Country over the last five decades have been during the winter months, dealing with short days and non-too friendly weather. 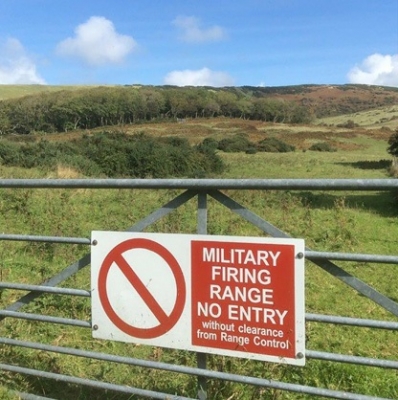 A wide iron gate straddles a narrow side-track leading off into fields. A large sign strapped to the gate is totally out of sync to the idyllic surroundings as it reads: MILITARY FIRING RANGE – NO ENTRY WITHOUT CLEARANCE FROM RANGE CONTROL.

A bend or two later and immediately on the other side of the hedgerow, the earth is completely churned up by the tracks of armored tanks and other heavy vehicles. The tracks, or rather deep troughs, crisscross a large area of scarred earth and seem to disappear into a small forest – the ugly cuts in the countryside could well be openly weeping at the ugliness left in the army vehicles wake.

Tyneham, known as "the lost village of Dorset," was requisitioned by the British Army for use as a training base in preparation for the D-Day landings.The mostly disintegrating remains of the village in present times can be found nestling in an extensive area still controlled by the British Ministry of Defense and used for large scale military exercises during which live munitions are used.

The village is open to the general public some weekends and public holidays, although one has to double check the dates and times as obviously one wouldn't want to drive into the middle of present day war games of the British Army.

Tyneham is fascinating – beautiful even in ruins, although the church has always been kept in good repair and periodically used for special occasions, the graveyard kept in good order and the old one-story stone schoolhouse has been renovated in more recent times even though many of the artifacts therein are from yesteryear and schooldays and teaching methods well gone by.

Entering the school building is tantamount to opening the door to a time warp. Just inside the doorway, cloth caps and hats hang from metal hooks, labels with the handwritten names of children marked above each one. In the corner, wood, shells, pebbles, seeds and such are spread out over a wide windowsill attesting to the children's interest in and learning about nature.

Carved wooden beams decorate the school's high ceiling, and wide windows allow expansive natural light to fall on the four or five rows of wooden desks and benches, all of which are covered in original papers and drawings from pupils who sat there until 1932 when the school was closed, the area's impoverished farming families keeping their children back from school in order to help with chores at home or in the fields.

The recreation, with original items such as a wooden legged blackboard, inkwells and metal nib pens and a teacher's daily registration book also features a rather nasty, well-worn punishment cane resting, threateningly, across the top of the educator's desk – the sight of which sends a few fearful shivers down one's spine. In the corner of the spacious schoolroom stands a piano, sheet music for God Save the King perched above the ivory keys and some stern-faced framed portraits of various members of the monarchy stare one down from on high.

Tyneham's crumbling cottages, post office, and a number of other buildings are all adorned with informative boards detailing the family who lived there, heart-wrenching sepia photographs of family members, some photographed in their Sunday best, others as they carried out their daily chores, stare back at the present-day commiserating visitor-reader.

In the village cemetery, at the foot of an area filled with old headstones, a black and white sign on a piece of wood protrudes from the ground and catches the eye. It reads:

The Major General was a member of the Bond family, wealthy landowners whose ancestors had bought the Tyneham estate hundreds of years before. There was an impressive manor house, manicured gardens and small cottages for their estate workers. The Bonds were literally the lords of the manor until the British War Cabinet decree to take over the land … and all that stood upon it.

The manor house was used during the war for billeting women serving in the army and after the war, left abandoned. Lead and other valuable materials and architectural features were stolen from the property and in present times, just a shell stands where once stood a grand, proud home of English gentry – warning signs, deep red letters on white backgrounds, proclaiming the area as being part of a firing zone and to tread no further.

Major General Bond had an illustrious career in the British Armed Forces but was never to return to live on his ancestral lands in Dorset until his death and burial in the Tyneham cemetery in 2017. A man whose ancestral home and lands were taken away in the name of providing a solid defense during war time, the property never returned by the very country he, and other members of his family and Tyneham villagers, served with great faith and honor.