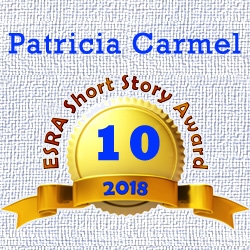 Amos and I bought the house because of the garden.

It was a small garden and nothing grew in it except a few blades of grass. But we were so inspired at owning a garden, we'd barely settled into the house before we found a gardener and told him to 'plant grass and some flowers'.

Neither of us had ever lived in a house with a garden before; we were stale urbanites approaching retirement, with a yen to transplant ourselves to the countryside. We really didn't know what we wanted in a garden other than 'grass and some flowers'.

The locals told us that the soil of Binyamina is the best in the country. In what way it was superior to the soil of Haifa to the north or to Tel Aviv to the south wasn't clear. But we were pleased that the small, rural village we'd chosen to live in now that the children were grown would satisfy our desire to live this chapter of our lives wallowing in bucolic bliss. I pictured a garden suffused with the myriad hues of the changing seasons, profuse with healthy herbs to flavor our meals; a haven in which to sit and watch the day segue into night.

The gardener turned out to be less than professional. He planted grass but it grew in scattered tufts. We were beset by the blooming of what the cognoscenti among our friends called weeds; they would pull out clumps of them and dump them with a sniff and an air of disdain on the ground. I couldn't tell the difference between a weed and a bona fide plant, so I just left them there, hoping they'd fill in the bald spots on the grass. As for the flowers, there were some sporadic spots of color, but we were not graced with the multi-hued, cacophony of color of my fantasies.

During the hot months of the year, Amos went out every evening confident that I hadn't noticed the concealed pack of cigarettes in his back pocket, and spent over an hour watering the lawn. Over time, the grass – Buffalo, I think it was called – began to grow more evenly, like a balding man who had undergone a hair transplant.

The year was 1998, troubled times in Israel. But then, when are times not troubled in our tiny country? Our younger son, Amir, was a soldier, doing his mandatory army service. He was stationed in the security zone of southern Lebanon. It's a nightmarish scenario for a parent, who cannot know from one minute to the next if their child is safe. I sent positive vibes replete with tearful pleas for his safety and made deals with the universe: if I wake up before 7am tomorrow morning, Amir will be safe; if I don't eat a second piece of cake, Amir will return home unharmed.

Who can say my deal with the universe went unheard? It was mid-summer and Amir was dispatched from Lebanon, and together with his unit returned safely to his base somewhere in Israel. Now we wanted to say thank you to the universe for keeping our baby safe.

"Let's buy a tree," I suggested. Perhaps other parents would have gone to the local synagogue and given thanks to God, but we're not religious people. A tree, the embodiment of nature, would demonstrate our gratitude on one hand and enhance our garden on the other. It was a perfect solution.

We chose a lemon tree because we like lemons. Just sniffing the tart, sharp-sweet lemon aroma floods my senses with wellbeing. And the notion of going outside to pick a lemon for the salad fell neatly into the country folk persona we were eager to cultivate.

As we wandered around the nursery, admiring garden tools we'd never use and ogling rock gardens we'd likely never own, I remembered that the following week was our daughter Ariella's birthday. "Let's buy a tree for Ariella, too, in honor of her birthday," I said, pantomiming patting myself on the back for being the one with the good ideas. We scouted around and settled on a kumquat tree. Kumquats are sometimes called Chinese oranges because they're yellowish and small. The zest is sweet, while the flesh is tart. "We'll make jam and every year on her birthday we'll give her jars of it. Jam, from the tree planted in her name," I finished enthusiastically, unaware that kumquats bloom in the winter months, not end-July.

"Well, we should really get a tree for Jonathan, then," said Amos. Jonathan was our eldest and was travelling throughout the Far East to places I didn't want to think about. We settled on an almond tree.

It seemed such an appropriate choice because the almond tree is native to Israel, to the land where he grew up. Perhaps, too, there was something wistful in our wish to dedicate a tree to our wandering child that thrives most when it is deeply rooted in the soil.

Almonds are a staple of our diet; I buy them from the supermarket in little plastic bags or loose from the health food store. I remember how years ago, when Jonathan was small, Amos would bring home bags of almonds just before they ripened. Their thick, fuzzy green hull, which would later harden into a shell, contained within its folds the soft embryo of the nut. We'd bite into the crisp, tart hull, fish out the soft nut and eat both, dipped in salt.

So our trees, Amir/lemon, Ariella/kumquat and Jonathan/almond were delivered to our garden, where our amateur gardener planted them in spots he deemed appropriate to their respective genus.

Within weeks, the almond tree blossomed. Its pretty, pinkish-white, flower-laden branches nestled against the rocks of the wall behind it. We were in awe of this beautiful tree growing in our own garden.

The lemon tree and the kumquat tree were planted side by side. The leaves of the lemon tree curled in on themselves and our gardener declared the tree sick. The kumquat tree, while to all appearances was healthy, was idle; it displayed no buds, no color and produced no fruit.

I don't know how much time passed, but one day, I noticed the almond tree was dead. It was shorn of its flowers and its trunk was cracked and gray. Our gardener dug its roots out of the soil and carted the tree to the garbage dump, scratching his head and wondering aloud if he should have planted it in a different part of the garden. I felt my stomach churn a nano-second before recalling we'd selected this tree to represent our firstborn. The tree's demise lay heavily on my heart while my brain dismissed any connection between its loss and Jonathan's welfare. Yet, when the phone rang that Saturday afternoon and I heard his cheery hello, I realized how deep had been the disquiet that had attended my days and dreams.

By the time Ariella gave birth to our first grandchild, a girl, the kumquats on her tree were so copious, they fell to the ground in flurries. I took to eating two or three of them directly from the tree when I left for work in the morning. Sometimes I would squeeze a kumquat between my fingers and dab its heady aroma on my throat and behind my ears.

The years passed and our garden, never truly glorious, assumed a shabby and forlorn look, our amateur gardener having long gone to try his luck in construction.

The thinning grass, neglected in tandem with Amos's declining health, grew in sporadic patches. Amir's lemon tree was alive but remained sickly, and although some whitish buds occasionally appeared, the tree did not produce any fruit. Only the kumquat tree continued to provide more fruit than we knew what to do with. Amos indulged in two failed jam-making operations, but enjoyed a modicum of success with the kumquat-flavored vodka. We drank to the health of Ariella's second and third daughters with the vodka.

Amir and his partner didn't talk about it but somehow we knew they were trying to get pregnant. More years went by and the lemon tree began to give us fruit, at first just a few lemons that were hard, green and lacking in juice. Gradually, the tree matured and on the day I plucked a sunny yellow, juicy lemon from its branch, Amir called to announce the birth of our first grandson.

Winter approached and the days grew dark. Amos's health deteriorated at an alarming rate and after a period fraught with anguish, he died. He had long ago lost interest in the garden, weighed down by disease and depression.

The garden lay fallow. No flowers bloomed, the grass grew wild and the garden was covered in weeds, which I had now learned to identify. The lemon tree appeared to have resigned from fruit production altogether and the kumquat tree barely managed to muster a meager crop.

Builders came in to carry out some much needed renovations to the house, and in the process uprooted the lemon tree and poisoned the earth in which the kumquat tree was embedded with their building materials.

My dream of a garden with clusters of riotous color and manicured lawn, an auditorium for the sweet sound of early morning birdsong, had long gone to dust. Its desolation was broken only by the steadfast bougainvillea, which grew strong and robust, its pinkish flowers reaching my upstairs bedroom window, but shutting out the light from the living room on the lower floor.

One spring morning, I woke up and decided to rehabilitate my garden. This time, I interviewed different gardeners, checked their references and made my choice. It was a choice of mixed blessings. My new gardener had transitioned from a career as a dancer to seek spiritual fulfillment in landscape creation. He made promises he didn't fulfill. He failed to turn up for work and didn't answer my calls. Whenever he re-appeared, he would flirt with me in a transparent attempt to deflect my protests. But in spite of these deficiencies, he created a garden that glowed with color and health. The kumquat tree, brought slowly back to health from its privations at the hands of the builders, gave me so much fruit, I gave bags of them to friends. On the day that we planted a new lemon tree, one already plump with fruit, Amir's second son was born.

Today, my garden is under the care of a gardener who is so absent-minded, he cannot remember any changes we discussed and whether or not he was paid.He comes about once a month to maintain the garden's health, move pots around and plant seeds.

In a trough hugging the front of the house sprout the herbs - oregano, marjoram, hyssop, thyme, coriander, mint, parsley, rosemary, sage and basil. In the midst of cooking, I pop outside with a pair of scissors and snip a selection of my herbs to throw into the stew or soup. My joy in the aromas emanating from my kitchen transcends the mere pleasure of mouth-watering meals.

The verdant grass is framed by bursts of color from the agapanthus, irises, violets, chrysanthemums, snapdragons, dahlias, zinnias. It is so beautiful. I am filled with awe and gratitude that I am alive.

I gaze at my garden through the kitchen window with a sense of satisfaction of a job well done. To have reached this point in my life, a complex series of events had first to unfold, like jigsaw pieces moving to their allotted position in my personal canvas of the human experience.

Jonathan is still travelling, still alone, still childless. Not all the pieces are in place. Perhaps the time has come to replant an almond tree.