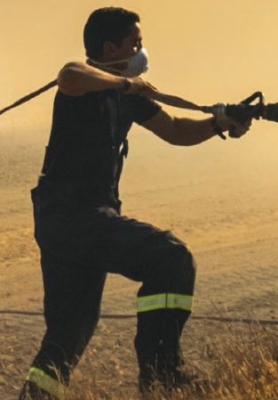 Shahar, a photographer friend and I spent a few hours chasing fire engines the other day on the edge of the Gaza Strip.

It is heartbreaking to see the senseless destruction of crops and forests. It is mind-boggling trying to understand what the policy is of the Israeli government. The day before, there was an official decision not to fire on those launching the flaming kites and balloons. The day that we were out, the firemen reported putting out 26 fires, up considerably from the day before the official announcement.

There were actually 27 fires as Shahar and I put out a small balloon fire that we came across in the Be'eri Forest as we were leaving the area.

We spoke to fire fighters from local fire stations, from Keren Kayemet and soldiers sent from nearby military bases. They were all very serious about their work and understood that their work was not only saving crops and beautiful forests and fields, sometimes too close to or in residential areas, but they were also often in open areas in sniper range. 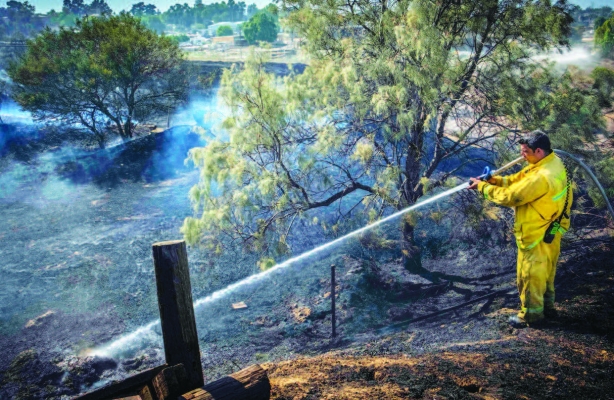 Hot smoking ground with Kibbutz Nachal Oz in the background

At one point, when running after a photograph, I realized that I went in too deep as I inhaled hot smoke. That had me thinking about our courageous fire fighters whom I personally felt were under equipped.

May Hashem protect these valiant fighters, may He bring wisdom to those making the policy decisions and guide them in making proper decisions. May He protect our valiant pioneers living on the front lines, both their families and their properties. May He guide us to peace without continuing to exact such a painful price on either side of the border.

We are used to adding Psalms in our daily prayers in difficult times. We should realize that there are those living a few meters from the front line and those standing on flaming ground protecting them. Please have these heroes in your thoughts and prayers every day. 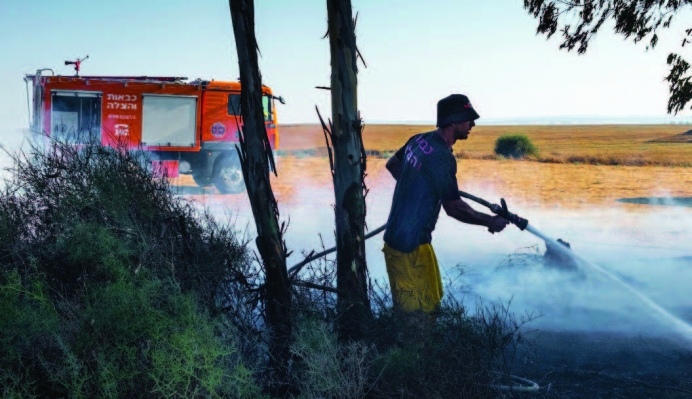 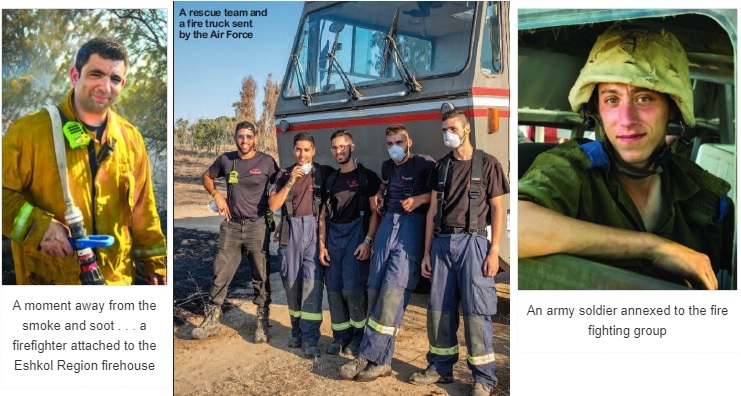