Story and photos by Akiva Herzfeld

With a skyline of dozens of skyscrapers set against the Mediterranean Sea, Tel Aviv is a modern city of the 21st century and the secular and business center of Israel.

However, only a short distance south from central Tel Aviv, one encounters a hidden Tel Aviv that has been called a "little village" by some of its inhabitants.

A children’s park near Dizengoff School

In the Shapira neighborhood and the area of Kiryat Shalom, south of the central train station, the pace of life slows down and the apartment buildings grow smaller to only two to three stories. On the streets, instead of the honking traffic and congestion, the roads are quiet and here may be the only place in Tel Aviv where parking is free of charge and freely available.

While south Tel Aviv may have a bad reputation, the area with this reputation lies north of the Shapira neighborhood. Communities of refugeess have congregated there in the Neve Sha'anan region around the Central Bus Station, giving rise to controversy. Politicians including Prime Minister Netanyahu have promised to make changes to revamp that area, but in the meantime the Neve Sha'anan area shows up in the newspapers for negative reasons. 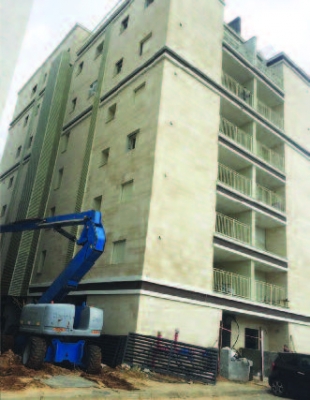 The Shapira neighborhood is due south of the Central Bus Station. Here, one encounters a wealth of diversity in the population and an incongruous mix of development. In Shapira and in the Kiryat Shalom neighborhood, which is south of Shapira, one sees an older community of residents of Sephardi and North African origins, and blended in with them is a more secular population of immigrants from the former Soviet Union. Small Sephardic and Hassidic synagogues dot the streets and testify to the strong and traditional religious character of the area. The parks and elementary schools show that the area is also home to a population of children and younger residents. The neighborhood is in flux as artists and students have been attracted to the region by its lower real estate prices and unique character.

For the last decade, the Tel Aviv municipality has offered tax breaks to developers and encouraged development of these two neighborhoods in order to strengthen the community fabric in south Tel Aviv. New arrivals to this area have included those who are looking for a great financial investment opportunity. In the Shapira neighborhood, one can buy a four-bedroom apartment for an estimated two million shekels, which is considerably less than what an apartment costs in the central area of the city.

Recently, into this melting pot of the neighborhood, a group of religious pioneers have moved in as well. In 2019 the Yeshiva of Orot Shaul led by Rav Yuval Cherlow and Rav Dr. Tamir Granot opened up on Yisrael Salanter Street. Rav Cherlow, who is one of the founders of the Tzohar organization, teaches that the Torah should be a synthesis of learning and social action. Rav Tamir Granot likewise states: "We believe that the yeshiva in the midst of this neighborhood should serve as an example of the love for the people of Israel with a connection to all of Israel, and to all of Tel Aviv." 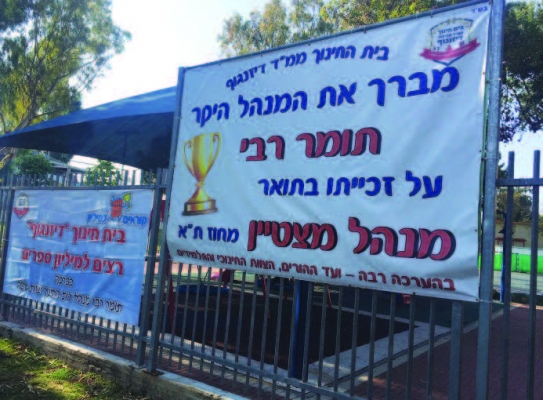 An entry gate to Dizengoff School, award-winning school recognized by the Ministry of Education

​Other religious and government organizations work alongside the yeshiva with a goal of strengthening the neighborhood. The Ne'emanei Torah Va'Avoda organization, for example, has opened a new initiative called Tama 38. The Tel Aviv Municipality encourages builders to add floors to the small, older structures of two to three stories and make them earthquake safe and newly renovated. As a benefit for strengthening old buildings, construction companies are allowed to add on a few apartments to the structure, so that for example it becomes a six story building instead of a three story building, and the building company then profits from the sale. Tama 38 of Ne'emanei Torah Va'Avoda is an initiative that seeks to encourage the sale of some of these new residences in the Shapira neighborhood.

According to Shmuel Shattah, the director of Ne'emanei Torah Va'Avoda, the goal is not to gentrify the Shapira neighborhood so that the current residents are pushed out. Rather there is an effort to keep the existing community structures in place and to strengthen them.

For example, the religious elementary school in the area, the Dizengoff School, recently received a national prize in education from the Israeli Ministry of Education. Yet this elementary school has very small class sizes and younger religious residents are needed in the area. The Jewish Federation of New York has also lent support to this project through COLab, which is intended to strengthen connections between the religious and secular populations in Tel Aviv. Hameshutaf School, adjacent to Kiryat Shalom, has as its goal the integration of secular and religious populations. Another secular yeshiva from the Dror Yisrael organization has also opened its doors.

The goal of the leaders of Yeshivat Orot Shaul and Ne'emanei Torah Va'Avoda is not to upset the character of the area of Tel Aviv around them, but rather to weave in a colorful and stronger fabric.

In south Tel Aviv, this blending of religion and secular may be the way forward. With its blend of artists, religious pioneers, and investors, the neighborhoods of Shapira and Kiryat Shalom are transitioning past their reputation as difficult neighborhoods and are becoming prime locations for individuals and families.