Some of the Reasons why my Memory Sticks 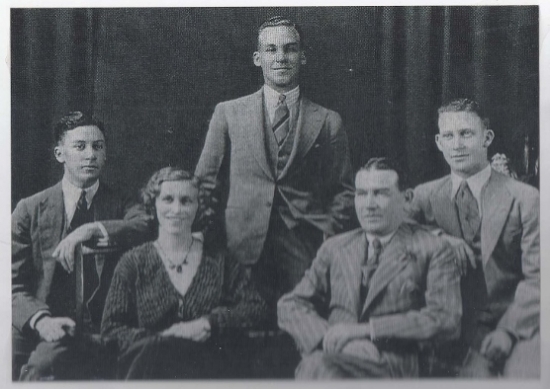 The French writer Marcel Proust wrote with great eloquence about recognizing the taste of a special "madeleine" biscuit dipped in tea that immediately brought back memories of his aunt and the "old gray house upon the street, where her room was," (In Search of Lost Time). Proust described the powerful associations and what he called "the vast structure of recollection" that enabled him to bring that scene to mind.

I still have a vivid memory of the uniquely pungent smell of heavily moist air mixed with dust after the first rains, following a long, dry winter in Africa. In later years, I too reminisce with affection about the aroma in the kitchen when my Savta used to make piles of French toast for me coated with sugary-sweet strawberry jam, when I visited her in her Herzliya flat.

Ask me what I had for breakfast or the name of the movie I saw last week and I haven't got a clue. What are the names of all the people I spent with year in and year out in the same class at school? Maybe I'll recall about half.

Why is it that certain memories remain so powerfully embedded and come to the surface so readily, whilst others remain buried and irretrievable ?

Wikipedia defines memory as "the process in which information is encoded, stored, and retrieved." In computer language, imagine that our vision snapped a JPEG image and stored it in some folder in the hard disk of the mind, and at some time in the future, a click of the mouse helps us retrieve and view or remember that image. The same can be said for smells, sounds, tastes, touch and emotions.

Jeff Scher describes memory in his New York Times article as "single grains of sand culled from the steady flow in the hourglass of our life and turned to pearls, to be strung and locked away where they wait, slowly fading."

It has always intrigued me how and why I can recall certain memories so vividly and yet others remain vague or lost entirely. Exam writing was often traumatic for me and the more anxious I became, the more of a struggle it became to remember. Yet surprisingly, at one stage in my younger life when I was in customer service, and before the advent of the cellphone, I was able to recall hundreds of phone numbers that I had memorized as part of my work. I had trained my mind to be strong in a certain skill, just like a muscle.

We have all experienced an event together with other people. Each of us then described what we had seen from a different well of memory. Journalists and historians are often the target of criticism for lack of objectivity in their work, but memory recall can affect them as much as other factors, such as their personal world-view or life experiences.

In her book Listen Up, Paula Stahel notes that "processing difficult times can be a difficult time in itself, for...memory is imprinted physically, mentally, and emotionally through a complex combination of chemical reactions that occur in the body at the time of the event." She reports that "numerous studies have proven repeatedly that the process of reminiscence and life review is therapeutic…Now, studies are showing the beneficial effects on youngsters who learn the family stories of those who came before them." Interestingly, she further reports, "it is the stories of adversities that arose and how difficult times were dealt with and overcome - that have the most positive, long-term effects on the young … Family stories also help children by evoking pride, personal history, a sense of connectedness and feelings of being special, even in the most ordinary families."

Today, of course, there are numerous ways of storing memories and events. Most people have a camera on their cellphone and an enormous number of images or videos are uploaded to the Internet and stored.

Easier and cheaper mobility enables people to travel and re-experience places and events of the past. Some are taking roots trips to "the heim" (old country). Genealogical research can now be done from the comfort of a desk chair by visiting websites such as JewishGen.org. We live in a digital era where knowledge and the storage of personal stories, biographies, community and national history are growing at an exponential rate.

An impressive project in the U.S. called StoryCorps is designed to help people easily make audio recordings of their life-stories, and they have completed some 50,000 interviews. The Steven Spielberg Shoah project has recorded over 100,000 hours of audio-visual interviews with survivors - many in Israel. This has become one of the main sources of collective memory of what happened in that dark period of Jewish history.

How often do I hear the words: "I really regret not asking my grandparents/parents more about their lives." Either we leave it until it is too late, or we keep putting it off because we envisage the project as being too time-consuming or onerous. Some of us may be reluctant because of interpersonal "baggage" in family relationships, or we fear delving too deeply into long-buried or difficult memories. We are not therapists or judges however - we are there simply to record and give context to interesting and full lives. Convincing ourselves of that, or conveying that message to our parents, can open a meaningful communication, be profoundly satisfying on all sides, and ensure that our children, grandchildren or great-grandchildren will know their family history. 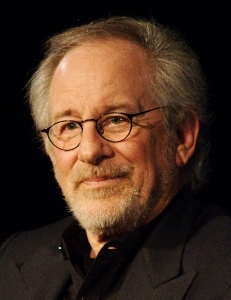 The good news is that we do not need to be a Spielberg to record these vital memories. Happily, we have the computer, video and audio tools that make it so much easier to record these stories, digitize our photographs and store them in multiple ways.

Don't wait for the big production! A less intimidating way to start is to keep a notebook of stories, or a folder of digital recordings as you remember them or as you hear them from a parent or grandparent. These can be linked cohesively at a later date.

Still intimidated? There are many self-help guides online and in the bookstores that can help you get started. There are also a growing number of professionals, known as personal historians, who can get the job done for you.

Most importantly, don't wait until it is too late. Preserve your memories and those of your loved ones - now - and make it a deeply enjoyable and satisfying project that will be a valuable legacy you can provide your family.

Dave Bloom is a Personal and Community Historian