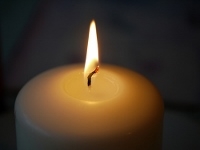 When I met Sivia for the first time, over 30 years ago, she was secretary of the Tel Aviv University Senate and responsible for the Senate sub-committees, and she was sitting behind an enormous desk. I went to see her together with the director of the newly formed organization for Youth-At-Risk – Elem. Sivia and I were asked to join the board of Elem; we met at the university because a lecturer from the School of Social Work was one of the founders of Elem.

Sivia and I became very active in the organization. We dashed around the country visiting all the Social Welfare Ministry Youth Institutions where youth were sent after infringing the law.

Elem's aim then was to help with their rehabilitation. As Elem grew, professionals and fundraisers were needed and Sivia and I stepped down, proud to have helped in the initial stages. Sivia had showed her special qualities – organizational skills, dedication, persistence and understanding.

My husband Mike and I became friends of Sivia and Walter Teutsch and got to know their wonderful children. Sivia was born in England in 1931 and Walter came to England with the Kindertransport from Germany. They were both from Zionist backgrounds and were married in 1959.

After retiring from the university, Sivia became active in the ESRA Ramat Hasharon branch, where her organizational skills came in handy. When they moved to Herzliya, Sivia volunteered at the Municipal Volunteer Center, matching students who had to do community work jobs in return for scholarships they received.

For the last 20 years, Sivia was a dedicated member of the ESRA Welfare Committee. After each monthly meeting Sivia helped with the administrative work to make sure that the recipients received what was allocated to them. She was careful, insightful and always willing to help wherever and whenever help was needed. She will be sorely missed by all her friends at ESRA and especially by her colleagues on the Welfare Committee.

Words for my dear mother,

It is so sad and so difficult to believe that you are no longer with us, and I have not and perhaps never will accept the loss.

I saw you during this last year falling down a slippery slope as your health deteriorated and the last days when it went over a cliff and all this time, you continued to be worried about Dad. I watched this and was full of admiration for your strength.

I told you a few times how amazing you were in coping with the terrible illness that you were afflicted with.

But that's not how I want to remember you.

There were many years full of good times, when you were so active and energetic; your love of the theater, classical music, books and traveling. These are the times I want to remember.

This morning, with your departure so fresh, I looked at photos of you, and especially at the album that we prepared for your 80th birthday. In these pictures I saw the mum that I knew from childhood and with whom I grew up; mum with dad, mum with us - Jan, Eyal and me, and the mum who became a grandparent of seven. Sometimes smiling, sometimes hugging, sometimes kissing, sometimes serious, sometimes contemplative, sometimes interested, sometimes laughing, and sometimes and sometimes…And this is the mother who will accompany me always.