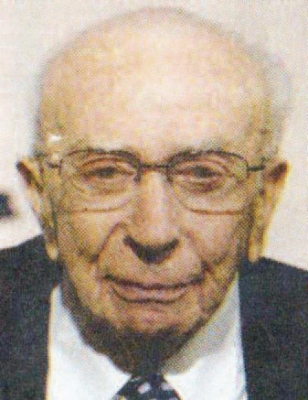 Sherwood Schwartz ... grew up in The Bronx, New York

Sherwood Schwartz was the creator of two U. S. television hits ­­– Gilligan's Island and The Brady Bunch. In 1988, Sherwood was interviewed on National Public Radio. He said he wanted his TV shows to appeal to a middle-class American audience. He knew his rabbi was not being realistic when he jokingly said, the shows should have been named Goldstein's Island and The Bernstein Bunch.

Back in May of 1999, my son-in-law, Jonathan Turnbull, wrote to Sherwood requesting signed photographs of both shows. Jonathan was an autograph collector. Sherwood complied and accompanied the two signed Broadway Playbills - one by Michael Baryshnikov in "Metamorphosis" and the other by Alec Baldwin in "A Streetcar Named Desire", both shows were at the Ethel Barrymore Theater - with an interesting letter about his background. It turns out that Sherwood and I both grew up in The Bronx, went to the same high school, DeWitt Clinton...he years before me. 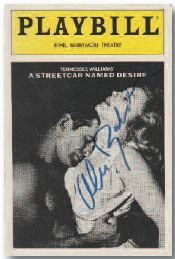 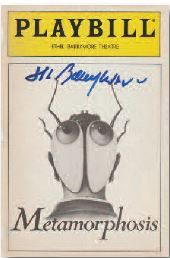 ​In July, 1999, I wrote to Sherwood and introduced myself. I wrote about our retirement years and the volunteer and charity work we were doing both in Israel and in the States. I asked for his help. Our focus then was primarily on helping the Ethiopian Jews here in Israel. His reply was full of compassion and understanding. Enclosed with his letter was a check for $1,000. I treasure that letter because it came from the heart, plus it launched my autograph collecting career. I sent Sherwood a follow-up report as to which schoolchildren we helped and how much we allocated to each, and what the money was spent on. He then sent another $250 donation which we put to good use for other Ethiopian children.

"…Interestingly enough, Mildred and I visited the Ethiopian Jews about 30 years ago in Ethiopia. We couldn't believe the conditions in which they lived – in thatched mud huts, spending most of the day merely trying to survive. They had to walk miles just to get clean water. We were part of the group who celebrated Operation Moses in the airlift of many of the Ethiopian Jews to Israel…. It was truly like experiencing a modern-day Exodus. We were so excited at the time, we failed to recognize the possible problems they would encounter in being absorbed into the Israeli culture. So we were not surprised when a request came for more funds to help the immigrants. I'm sure there will be further requests …. as they form families, who themselves will need help. But that's the nature of the world, isn't it? And ethnic groups, particularly Jews, have always helped others as they assimilate into mainstream life in their new country."

From one Bronx guy to another, thanks Sherwood. And thank you for Gilligan's Island and The Brady Bunch.