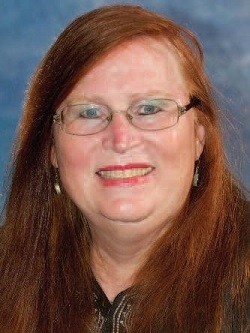 Sonya Davidson made aliyah to Israel in December 2007 and since then she has been involved in research that led to her forming the company, H2 Energy Now, of which she is the CEO. What is the story behind her scientific research, which can change the world in which we live for the better?

It started, when Sonya was a small Jewish girl who, while helping her mother, accidently spilled water on the floor. Instead of being scolded, her mother wisely explained to her the importance of water.

She explained how things can float on water, how water makes crops grow, and the importance of drinking water for good health. This experience awakened Sonya's interest in water all of her life. Throughout high school and university the subject of water got her attention.

Sonya's ancestors migrated to upper state New York from Ireland via Canada just after the American Revolutionary War. Her father's family were initially farmers in the Clinton County New York. Her relatives served in the military during the War of 1812 and the Civil War.

Sonya's father worked for Dow Corning as a chemical engineer and because of his work, the family lived in many different locations. As a result, she was born in Midland, Michigan, attended elementary school in Elizabethtown, Kentucky, and completed her high school education at the International School in Brussels, Belgium. While attending high school, Sonya became fluent in French, but also learned scuba diving and earned her scuba diving license.

She was attracted to Florida Institute of Technology because they offered a major in Marine Biology. She was very pleased when they invited her to visit the campus for three weeks with all expenses paid, including a week in the Bahamas, scuba diving. She earned college credits in scuba diving and in an underwater photography course at the same time. Her studies only added to her love for water.

Sonya's first summer job during her first two years of study was on the water with the Tidewater Marine in Louisiana. She rode tugboats with the Cajuns because she could talk to them in French. These tugboats were carrying supplies to the oilrigs. Her second summer job was in Alaska, prospecting for oil on specialized boats with Texas Instruments.

While at Florida Tech, she completed major science project working with the Stuart Florida Sail Fish Club which filled old tires with cement to dump in the ocean to create artificial reefs. She found the reefs by using a fish gauge and then, by scuba diving with a camera, she was able to check the health of the reef and to identify the fish in the area. She recommended that the Sail Fish Club be sure about the location of the reef so that the cement filled tires would end up in the right place. Since it was hard to find work after graduating with a degree in Oceanography, her parents encouraged her to go back to school and this time to major in Business. 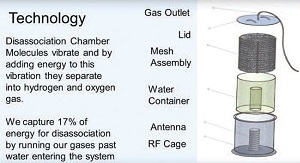 Releasing the energy stored in water

Sonya continued her education at Northwood University in Midland Michigan and earned a B.A. in business administration along with an associate degree in banking and finance. She also earned another associate degree in accounting from correspondence study.

While working in the banking industry, she became certified in Commercial Lending and passed the exams for becoming a Certified Public Accountant and a Certified Internal Auditor. This all contributed toward her role as CEO of H2 Energy Now.

In 2002, Sonya made her first visit to Israel when she heard about the shortage of tourists because of the Intifada. She was motivated to help, even though it seemed like a dangerous time. There were only two people on her tour plus a tour guide and a driver.

She was treated as a VIP because the tour companies were so happy to have a tourist. She marveled at everything she saw that was related to history that she had read about.

On her second visit to Israel Sonya volunteered on an archeological dig in the Negev near Kibbutz Galon. The next year, she again volunteered at the same archeological site. It was during this third visit that she realized how much she loved being in Israel and began to seriously discuss making aliyah.

She then came on an eight-day Nefesh B' Nefesh pilot trip designed for those who want to make a religious aliyah. In each of the 22 cities they visited, people invited them into their home so they could see what living in a community in Israel was like.

She said that it was especially helpful to note the smaller space and size of furnishings that best fit in comparison to those in U.S. homes.

During her first eleven years in Israel Sonya researched energy and water while working with physicists and chemists who have enhanced her understanding. She has earned recognition and several awards for her proposal and write up. In 2011, H2 Energy Now became an Israeli Company.

In 2016, Sonya presented H2 Energy Now at the Weizmann Institute.

During the same year H2 Energy Now was recognized as one of the top ventures at the EU Fuel Cell Forum in Vienna. She also applied to Sustainable Entrepreneur of the Year where companies from around the world, including two Israeli companies, had gathered in Vienna, Austria. Her company H2 Energy Now was one of the ten finalists for being a Sustainable Entrepreneur of the Year.

In 2017, H2 Energy Now was highlighted in a new book: Israel the Solution Nation, by David Wanetick and was the winner of a Challenge Competition in Washington DC. Her company was also selected as one of the top EU companies in the contest: Technical Solutions for Humanitarian Challenges in Toulouse, France.

Sonya was interviewed by a trade magazine on the subject of the Future of Hydrogen. She was also one of 10,000 who entered the contest and she won the Challenge Grant by solving a utility company's problem of controlling an extremely high room temperature.

She figured out how this could be done using a drone with a special heat shield to enter the room, as opposed to placing a person in a special suit in the room after shutting down the grid for three days.

Also, H2 Energy Now was one of the top ten finalists chosen by NASA iTech Cycle 3. This allowed Sonya to make a presentation about H2 Energy Now at this forum in early 2018 in Melville, New York. This resulted in some important contacts that will move her company toward the production stage.

Here is a quote from her presentation: "Water is a very unique thing. The more you know about it, the more you can understand the technology. It comes from looking at the earth a little differently. When I see the earth, I don't see the earth, but an unlimited store of energy. Water is there. If we can figure a way of releasing water from the earth and use it for storage we could change the world."

Sonya has learned that the many wind farms in Europe were producing energy from wind mainly at night when there is less need for energy. Therefore, a lot of energy is wasted and not used because there is no way to store it until it is needed. The governments are paying farmers to shut down their windmills so they will not produce energy that would be wasted. This seemed pointless after paying people to build huge windmills in their wind farms.

She also learned that in the case of solar power there are not enough batteries to store all the energy being produced. Batteries take up space, are expensive, and last only so many years. In order to store the massive amount of solar energy being generated in the Negev of Israel, the government is planning on purchasing 50 thousand batteries. However, that may not be the best solution to the problem.

Batteries are a problem because the more they are charged and discharged the less efficient they become. Everyone wants to use renewable energy because it is less expensive. It has been proven that utilizing solar and wind for energy is less expensive than building a coal burning or natural gas power plant.

Her research goes back to Dr. James Clerk Maxwell, a Scottish physicist, who said that there are four important things that are connected when it comes to energy: electricity, electromagnetism, light, and magnets.

Electricity is the result of electromagnetism and she decided to use electromagnetism to provide synergy storage. She learned that by adding energy to the vibration of the water molecule, hydrogen and oxygen elements separate. This can be done using a ceramic filter.

All of her research experiments have been conducted in her Beer Sheva apartment in consultation with chemists, advisors, and mentors. To advance to the next stage, production, she needs access to a proper lab and to hire an electrical engineer with certain specialties. This requires investors.

The goal of H2 Energy Now is to develop the most efficient and cost-effective energy storage machine the world has ever seen. This product will be at the forefront of clean technology energy storage systems.

The way this will be accomplished is by inputting fresh and/or salt water into the system to be screened into droplet formation and treated with radio waves (at a frequency that resonates with the H2O bond) forcing the vibrations to separate the compound into hydrogen and oxygen.

The high-pressure gases are then passed through a commercial filter to be safely stored in their own containers. When power is required, hydrogen energy will be easily converted to electricity (or other useable forms such as fuel cells).

Once the hydrogen element is separated from water by using water, it can be stored until needed in a business or home for electricity, gasoline, or propane.

It will also be more cost effective than competitors and will be a clean technology that does not produce any pollution. It will use only water as its raw material and requires only a small amount of water to produce a good quantity of hydrogen.

The most important principle for Sonya is, "I believe in myself". She says that even if her idea is not accepted, she still has not lost because she believes in herself.

■Frank Mecklenburg is a freelance writer.