Prof. Roy Caplan - On Top of The World 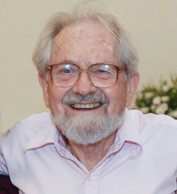 Our long-serving Board Member of ESRA Rehovot, Prof. Roy Caplan, a widower, recently passed away at his home in Ness Ziona, at the magnificent age of nearly 94 years.

In 1951, he married his beloved soulmate, Theolea Cohen, an architect, originally from Vereeniging, South Africa, who later designed their family home situated in a rural area of Ness Ziona.

From 1954-1956, Roy became a Research Fellow and continued his post-doctoral studies at the Department of Scientific and Industrial Research, National Chemical Laboratory, Teddington, England.

He continued his research at the National Institutes of Health, Bethesda, Maryland, at Harvard Medical School in Boston, at the Weizmann Institute in Rehovot and at McGill University, Montreal.

The family "toggled" between the USA and Israel for many years and finally made aliyah in 1973.

Theo and Roy shared over 43 blissful years together, until Theo's untimely passing in 1994 from multiple sclerosis. He later partnered with Prof. Rose Johnstone, a fellow-scientist from McGill University in Montreal, with whom he also shared many happy years both in Montreal and in Israel.

After Rose's death from cancer, and not wanting to remain alone, he shared a close relationship with Geraldine (Geri) Jones until Geri was diagnosed with Parkinson's, and decided to return to her homeland in Australia to a Nursing Home that was able to give her 24-hour medical care. Together with Geri's granddaughter, Roy escorted Geri back to Australia where he stayed for three months to ensure Geri was comfortable in her new surroundings.

Roy, an innate raconteur, could be likened to a mythological phoenix – rising from each tragedy and determined to find new love, make new friends, discover new places and enjoy exotic food and wine in good and stimulating company.

In his scientific career Roy was instrumental in setting up the Membrane Department at the Weizmann Institute, and was a leading scientist there until his retirement.

Though small in stature, Roy was a giant in all fields he pursued with excellence. He has left an indelible mark through all his contributions in the field of scientific research – including Membrane Research and Biophysics, Physiology, Biothermokinetics, Biophysical Chemistry and Bioenergetics.

As a Chartered Chemist, he was also a Member of The Royal Society of Chemistry, The Biophysical Society and The Bioelectrochemical Society. He became a recognized authority and member of scientific bodies abroad and received many awards, including a Medal for Biochemistry, Societe de Chimie Biologique (Paris) and the H. Dudley Wright Achievement Prize, Weizmann Institute.

His admirable achievements and his indomitable spirit allowed him to delve into the myriad areas that were of interest to him. Roy was fortunate to be able to continue his intellectual exploration well into his nineties. At his funeral, Prof. Michael Eisenbach of the Weizmann Institute, shared with the mourners how much he loved and respected Roy, his mentor. There was also another side to Roy, that endeared him to all who had the privilege of knowing him. He gathered many lifelong friends from around the world whom he had met, who all loved and admired him, and with whom he kept in close touch over the years. Roy remembered each one and could recount exactly where and when he had met, and loved to recount stories of his early years in South Africa, later in London, The National Institutes of Health in Maryland, at Harvard, the Weizmann Institute.

Not only did Roy have an infectious sense of humor, he was also very musical, having learned to play the piano expertly, and in later years played the recorder, but particularly loved classical music, the opera, tunes from Broadway shows and operettas, especially Gilbert and Sullivan, all of which he knew by heart and was able to sing excerpts from them at every occasion. He loved to dance, had an inate joie de vivre and was fortunate to be able to travel extensively throughout his life.

He was active at TEAM, offering lectures in English, and was also a member of the Shakespeare Society, both held weekly at the Havayot Community Center in Rehovot. These added interests also helped to keep him forever young.

Roy was one of the founding members of ESRA Rehovot. His wise counsel guided us greatly in our choice of interesting guest speakers. He brought lecturers from the Weizmann Institute throughout all the years he was on the Board, and invited them to speak at his home in Ness Ziona, but insisted they should not charge, as ESRA is a volunteer organization.

Au Revoir and Rest in Peace, dear Roy. May your memory always be for a blessing.