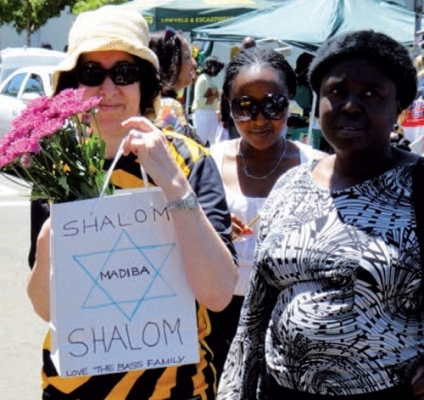 My first experience of Nelson Mandela, at least the spirit of Mandela, was during South Africa's first democratic elections in 1994. We, members of the white population, were terrified of not only the process of transition, but of the outcome. Our only glimpse as to his mind-set over the long years of his imprisonment had been through his militant wife Winnie and therefore we were fearful, even though his words now asked for unification.

The ANC (African National Congress) headed by Mandela was the assured winner of the election, but could we possibly believe that a man who had suffered and sacrificed so much at our hands would truly hold no grudges or seek revenge and that he had sufficient control of the party to hold its many hot heads in check?

The day of the election dawned bright and clear as only a Highveld morning can, and suddenly everyone, across all color lines, was trying their utmost to uphold the reconciliation Mandela preached and urged us all to practice that day. We lived at the time opposite a major polling station where lines of people of every stripe were waiting for many hours in the hot sun to vote, so we opened our home, offering cold drinks and toilet facilities to the tired but joyful masses. His spirit had indeed pervaded our heads and eventually, over the years, our hearts. 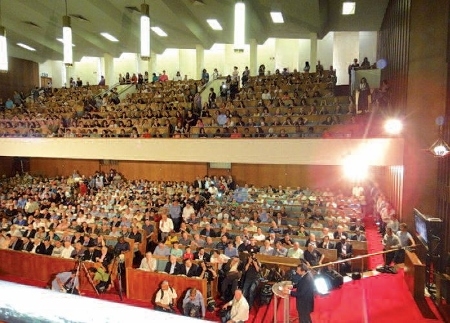 His many acts of random kindness and concern for all left his security people nervous wrecks. He walked almost every morning at 5am around the streets of the neighborhood in which we lived and which adjoined his Houghton home in the northern suburbs of Johannesburg. He stopped and talked to any and everyone. When asked by a 13 year old Jewish boy if he would come to his upcoming barmitzvah, he said "Certainly, send me an invitation". His disbelieving parents thought "Yes, right" but sure enough Mandela came to the party.

When a teenager suffering from leukemia had a dying wish to meet Nelson Mandela, just one phone call to his staff had him coming to the boy's home for tea. On a drive back to his home on the highway from Pretoria on a rainy evening, he and four security people passed a lady parked at the side of the road with a flat tire. Against his security staff's pleading, he insisted they stop. He walked over to her and said "My name is Nelson Mandela. May we help you?" I saw that lady recount this story on TV recently, and her reaction to his unbelievable words. His acts of humanity would fill a book. Would that they would serve as a guide to South Africa's current crop of leaders.

I had the privilege of being in Johannesburg at the time of his death and still cannot get my head around the outpouring of love I witnessed, not just from South Africans but from people around the world. When there, I regularly walk with a cousin around the Houghton neighborhood and so came to pass his home on several occasions in the week following his death.

From the first day when the floral tributes started to be laid in the road outside his door, we watched with growing amazement as eight days later people were still coming with flowers, candles, messages and gifts transforming the roads around into a sea of color; a monument to his achievement of molding South Africa truly into a rainbow nation. There were people of every race, religion and creed in the streets. His decades-long campaign to unite his people had succeeded. The atmosphere was not one of sadness at his passing, but a celebration of a life well lived. We saw teachers bringing classes of children from nursery school - tots to teenagers - to give them a sense of what one person can do to change the world. We saw bands coming to play their most joyful music and a Soweto orphanage's marching band strutting their stuff.

Of course, the world press and TV channels were also there and I had the dubious honor of being interviewed by a Congolese TV channel. Didn't you see it? No, perhaps just as well.

On Sunday December 8, the Johannesburg Jewish Community held a memorial service led by the Chief Rabbi, Warren Goldstein with past President Thabo Mbeki as a guest. The Parasha for that week was the story of Joseph and his amazing act of forgiving his brothers who had sold him into slavery and the Rabbi drew the parallel with President Mandela's gift of forgiveness. Had a lesser mortal been in charge, we might not have made the transition to democracy so relatively peacefully. When Mandela had his enemies on their knees, instead of striking them, he embraced them. A message from President Shimon Peres was read by the Israeli Ambassador to South Africa, Arthur Lent. Although not advertised anywhere, the shul was overflowing, with people standing in the aisles or sitting on steps. The Oxford Road Synagogue was bursting at the seams. 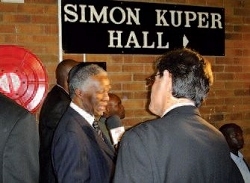 Nelson Mandela's genial image of the world's wise grandfather hid a core of steely strength, determination and fierce independence but above all, he will be remembered for his humanity and kindness. Thanks be to G-d for giving South Africa and the world such a superb gift.