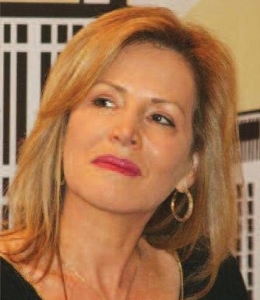 22,000 NPOs operate in Israel and the time has come for new arrangements to increase transparency, says Iris Stark

As one corruption affair follows another, the question arises as to why 'amutot' - Non-Profit Organizations (NPOs) - are used for the widespread illegal transfer of funds? Where are the gatekeepers of the NPOs, who are obligated to halt the flow of illicit funds?

The payment of a fee on the receipt of State funds, excessive salaries to executives, the employment of relatives/friends lacking appropriate skills, incurring cash flow deficits, making decisions that involve conflicts of interest and issuance of loans, or furnishing guarantees to other organizations with no logical connection to the original activity - all constitute "red lights" for NPO executives, and they should block any unlawful activities. For these and many other reasons, the need for protection via legislation has arisen.

Currently, the responsibility of the gatekeepers is expanding, and the public expects them to halt every attempt at inappropriate conduct. Are these expectations inflated? The essential responsibility has belonged, and always will, to the senior executives. But at the same time, with the strengthening of the position and authority of the gatekeepers, such as the Internal Auditor, In-house Legal Counsel and independent auditors, their position grows more powerful and assumes greater dimensions in view of the legislation and court rulings on these matters.

The answer appears to lie in the status of the NPOs and companies for the public benefit (CPBs) - not-for-profit institutions - which, in certain instances, constitute fertile ground for taking advantage of breaches that have led to illegal acts being committed.

22,000 not-for-profit organizations (also called the Third Sector) operate in Israel, and the time has come for new arrangements to increase transparency and strengthen the Third Sector in order to remove the stain that has tarnished many NPOs which is not their fault, or the suspicion about their activities. It is imperative that we restore the NPOs, which do holy work for lofty public objectives, to their legitimate and appreciated standing in Israeli society.

Indeed, the economy now stands before a dramatic change in this sector in view of the new legislation that took effect in 2015. The change is expressed in Amendments to the Companies Law and the NPOs Law regarding the activity of NPO's in general, and the obligation to appoint an Internal Auditor, who will assist management and the Audit Committee to strengthen proper management.

The new legislation, which requires NPOs and not-for-profit institutions to anchor their activity in clear, unequivocal procedures, will make it easier for them in dialogue with the NPO Registrar, and will enable accessibility and transparency of the array of processes related to ongoing conduct. This will be combined with increased overseeing by the Registrar and the granting of significant investigative and enforcement powers.

The legislative amendments also emphasize the role of the Internal Auditor and broaden the requirement appointing an Internal Auditor to a wider range of NPOs. This measure strengthens Internal Auditors as the NPO's gatekeepers, with the objective of blocking any attempt to deviate from the proper conduct required by law.

Internal Auditor in every NPO

A new requirement of the law is that an NPO with a monetary turnover exceeding 10 million shekels must have an Internal Auditor. Until now this obligation was imposed only on CPBs and certain types of NPOs, such as institutions for higher education. The change is in the imposition of this requirement on all NPOs with this level of activity. Its implementation will result in a demand for hundreds of accountants for this function, whether as salaried workers or as outsourced service providers.

Clarifying the function of gatekeepers illuminates and expands the scope of their responsibility. In the eyes of the law the Audit Committee also has a great deal of responsibility and must oversee day-to-day activity and identify exceptions that it will examine with utmost sensitivity. The law emphasizes that the committee must define significant actions, as opposed to exceptional transactions, and ensures that the NPO does not execute any transactions with members of the Executive Committee or with the Audit Committee.

The Internal Auditor is essentially the executive arm of the Audit Committee. He also works in cooperation with the Independent Auditor, and his actions are a managerial tool of the Executive Committee. He is appointed essentially by the Executive Committee.. His obligations and responsibilities are to verify that the NPO's activities are proper from the standpoint of compliance with the law and proper business procedures, and to ensure that the NPO is run in accordance with its objectives and bylaws. Occasionally, NPOs that expand are certain that they are operating lawfully, and are unaware that expanding into areas of activity not originally specified is a violation of the law, as well as the prohibited use of funds from donors or support from the State, even if done in good faith.

The powers of the NPO Registrar were also broadened in legislation, and allow him/her to expand the means of investigation (similar to income tax inspectors) including surprise audits of NPOs, demands for information from officers and officials serving the NPO - currently and in the past - and demands for documents and examination of the computers.

Assure that the money conforms to the designation

For the purpose of good order and transparency, a thorough audit will be conducted by the NPO's Registrar by means of an outside accounting firm, mainly in NPOs with a turnover of millions of shekels and more, not only when there is concern about improper conduct, but on a regular basis. The final audit report will be available for the public's review thereby achieving the important, significant objective of transparency for the NPO and the general public, which may be updated on key matters in the in-depth examination including the NPO's financial strength, existence of supervisory mechanisms and proper controls, assessment of its results, examination for conflicts of interest, suspicion of prohibited distribution of profits, payments and benefits to officers and relatives, etc.

These processes have been instituted to provide a solution for NPOs and assist them by giving them tools for arranging activities according to the binding rules for Israeli companies and businesses, to broaden their responsibility in these matters and , additionally, to assist the service recipients, as well as donors, by assuring that their funds are used as designated. This is combined with the ability to monitor the State support in some of the NPOs and ensure that they are not used illegally. The gatekeepers will take action to minimize any attempt to divert the NPO or not-for-profit institution from its original objective.

Although there is doubt whether the great challenge of increasing enforcement and inspection, together with strengthening self-regulation and the appointment of gatekeepers will absolutely prevent problems of receipt of improper benefit from the cash and in-kind donations by appointing people close to them, but it will be very difficult for someone who tries to do so, and responsibility will be imposed on those who make it possible.