As a child, I eagerly swallowed up the stories of Scheherazade's Thousand and One Nights, which, among all her stories, described the mysteries of the magical East and the Silk Road – two words that evoke so much imagination and emotion.

In my mind I saw camel caravans carrying silk cloths embroidered with gold and silver threads, velvet, gauze and lacework, exotic spices. Beautiful handmaids riding on the camels along the oases as they passed mosques decorated with spectacular mosaic and sparkling stones.

Already then, I made up my mind that one day I would visit those magical places.

And although, not all that I had imagined was the same in reality, nevertheless I found the ancient cities and sites of Uzbekistan – built on the oases along the Silk Road – spectacular in their uniqueness and beauty.

Uzbekistan is located at the heart of the Silk Road and contains a mix of nationalities, cultures, religions, and customs. Most of the country is made up of mountains and deserts, and a small part of it consists of fertile lands.

Since it is one of the few countries that does not have access to the sea, its climate is extreme. It is very hot in the summer and very cold in the winter. It is therefore best to travel there in spring or fall.

The multitude of nationalities and cultures expresses itself in many ways including in the markets, making them look exotic and magical in the eyes of the tourist.

Some of the markets, especially in small places, are still similar to those of the remote past, which envelop the traveler with mystical and exotic aro­mas, colors, and textures seen only in Uzbekistan and a few other places in the surrounding countries.

One of the cities that impressed me was Bukhara, originally sitting on an oasis. A desert city, boasting mosques, minarets, and bazaars. The bustling old city square is surrounding a huge pool, mosques covered with blue and purple mosaics – masterpieces of art.

Its narrow streets and fascinating colorful markets with vendors sporting welcoming smiles who could speak a jaw-dropping array of languages, charmed me to the core. I felt like stepping in the tracks of old time. Ancient ways of commerce that come to a new life after they have been idle for hundreds of years.

In my mind, I saw the many camel caravans that were visiting the city, with the weary and thirsty camels after having passed the dusty, arid roads, now resting beside the city's main pool, eagerly drinking water.

In my imagination, I smelled the smoke of the embers that the innkeepers had cooked for the convoys, dishes of unknown spices, and heard the murmur of the many foreign languages. In the past, many of the owners of the Bukhara inns became rich while serving all the convoys.

Along the historic intersections of the Silk Road, wandered also Jewish merchants and in time, Jewish communities, some of them large, were scattered along this route.

One of the largest Jewish communities was established in Bukhara constituting an important Jewish, cultural, and spiritual center.

Today, there are not many Jews in Bukhara, yet, there is still a mikveh, a synagogue and next to it a school that was once only for Jewish children and now serves the entire population of the city.

Surprisingly, this is even today one of the parents' favorite schools to send their children to, due to the higher level of education than other schools in the area.

When I visited the school (on Rosh Hashanah), I was told that the children were taught four languages: English, Russian, Uzbek and… Hebrew.

I was intrigued to talk to the children in Hebrew and after getting permission, I exchanged a few sentences with them in Hebrew.

Unfortunately, the level was not something, but on the other hand, I enjoyed seeing countless paintings written in Hebrew (mixed with Uzbek) for the New Year holiday, which hung on the walls of the school.

Of all the interesting and beautiful cities of Uzbekistan, Samarkand is the one that stands out with its majestic work of art.

This is the legendary city of the ancient ruler Timur (Tamerlane) and "father of the Uzbek nation." The city boasts an incredible 2,700 years of history that includes an important role in the ancient Silk Road and a pivotal position as the headquarters of the ruthless and powerful leader Tamerlane, who made the city an important trade center and capital of his enormous empire (14 century).

From all over Asia merchants came, such as the Turks, Mongols, Russians, Chinese, India, and Persians, bringing with them different cultures.

The city is full of madrasas (schools), mosques, turrets, and magnificent tombs, all of which are adorned with splendor and beauty.

The Registan Square is a real gem, located in the very heart of the ancient city.

It has gained its worldwide fame thanks to the great architectural ensemble that has become a monument of the oriental architecture. From three sides, the square is surrounded with grand madrassah, portals which are facing the center of the space. All three sides have their own unique decor.

I was delighted to find out that the Registan Square was just a short walk away from my hotel. So, after freshening up and some tea, I walked to the center of the tiled expanse.

All around me loomed ornate portals, patterned minarets and glistening cupolas. The world was suddenly rife with glazed mosaics in liquid shades of blue, so massive a scale they soon had me dizzy. The effect, it seems, was intended.

None of the buildings are functioning nowadays, and the insides are full of shops selling mainly souvenirs, Suzani (embroidered tribal textile) and carpets, but that didn't make the structures any less stunning.

With a little imagination one can almost hear the sounds of the bazaar that likely once took place in the plaza. The majestic square was medieval Samarkand's commercial center, as well the site for royal proclamations, parades and executions.

Nowadays it attracts hordes of tourist and brides and grooms who are looking for a majestic background for their wedding pictures. 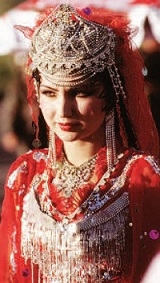 After visiting all the mosques and beautiful sites of the city, I visited the local market (Siab). Siab Bazaar has been the base of traders since ancient times. Those traveling the Silk Road brought handicrafts as well as fresh produce, such as peaches and melons, from the nearby Zarafshan Valley. Many of these same goods can be found at the bazaar today.

It is a colorful meeting place with a magic atmosphere where villagers from all over the region sell their produce. The lively market offers fresh vegetables and fruits, local cheeses, spices, meat, fish.

Special attention should be given to the naan/bread row, as Samarkand bread is a special sort of local flour product. There are around 20 kinds of bread at the Siab market.

Beside the variety of food stalls there are also a number of pharmacies, money changers and souvenir shops.

Siab market has another feature – this is the place where you can find out the latest news and events happening in the city. Uzbek people are very sociable and people get involved in conversations even with strangers.

The busy city market practically never sleeps. There buying and selling starts before the sunrise and ends late in the evening.

At the end of my visit to Uzbekistan, I began to understand the stories of Scheherazade, who describes, among other things, the grandeur dresses of the women of Central Asia. 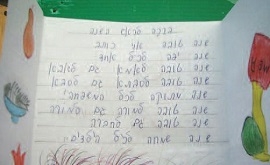 While touring the shops, I couldn't stop myself from photographing and marveling at the embroidered costumes, with silver and gold. I had never seen such glamor. At first, I thought it was for special festive occasions, but on my trips to the markets I often encountered women in flashy clothes which in other places would have been considered elegant evening dresses and here they were used as casual.

Gold is also found in many of the residents in ... their teeth. It is considered prestigious.

Back home in Israel, I still dream of the tantalizing sites of Uzbekistan.

■Esther Eliad is an excursionist and lecturer and she gives lectures in Hebrew about her travels: This email address is being protected from spambots. You need JavaScript enabled to view it.