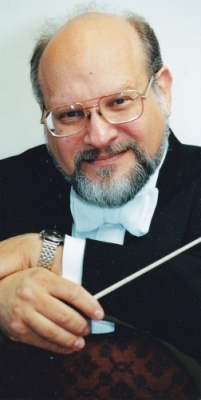 Many of us who were regular yearly subscribers to the Herzliya Chamber Orchestra performances were very upset and saddened when conductor and music director, Harvey Bordowitz, stepped down from the podium after 31 years of dedicated service and the orchestra was disbanded. We sought alternative concert performances but we'll never find another concert series that will offer what the HCO and its leader gave us. Harvey did NOT just come onto the stage, mount the podium and begin his program. Instead, before every performance we were given a half hour lecture about the composers and the music we were about to hear - in English as well as in Hebrew. Unstintingly, Harvey gave of himself and shared his knowledge and love of music with all his listeners.

I have been lucky enough to find an excellent series of concerts at Beit Weil in Kfar Shmaryahu which I thoroughly enjoy, but we do not get very much explanation of what we are about to hear and certainly NOT in English. I have found very few people there whom I know and I do so miss the warm and friendly atmosphere which I always found, no matter where the HCO performed.

Imagine then my delight when I received a phone call from Harvey telling me about a series of four music lectures to be given at Beit Shmueli in Raanana, under the auspices of the AACI. Most eagerly I accepted the invitation and registered for the series. Harvey is a born lecturer - in English as well as in Hebrew. His material is always well organized, clearly presented and easy to understand. The four lectures included: The Symphony Orchestra; The Age of Romanticism; 1791 - That Wonderful Year which was the last year of Mozart's tragically short life; and Backstage at the Opera. Each lecture was embellished by an abundance of pictures and photographs of composers and performers, as well as much beautiful music relating to the period covered by the lecture.

During the last lecture - Backstage at the Opera - we were treated not only to the first 100 years of the gramophone, and music performed by such legends as Enrico Caruso, Nellie Melba (think peach melba, melba toast) Feodor Chaliapin, Maestro Arturo Toscanini, Joan Sutherland and others, but we were also regaled with gossip, anecdotes, prima donnas and more. He brought them all to life for us.

Four memorable music lectures - we could have easily listened to four more - and I feel sorry for everyone who was not there to listen and to learn. One can only hope that before not too long Harvey will bring us another series of lectures and share more of his knowledge with us, hopefully with a really large listening audience.