Love affair with the Hebrew language 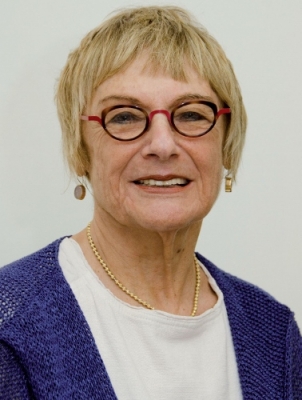 Professor Ruth Berman is passionate about her field of linguistics and the modern Hebrew language, which she views as fantastically dynamic and alive. This passion, coupled with the same pioneering spirit that brought Ruth to Israel in 1954, is reflected in a professional career marked by groundbreaking research and publications, pioneering methods for second language teaching and generations of young linguists and researchers whom she has trained and supervised. In recognition of these and other contributions to Israeli society and to the academic community, Berman was awarded the prestigious Emet Prize in 2012 and, in June of this year, will receive an honorary doctoral degree from Haifa University.

Born in Cape Town, South Africa, to a religiously orthodox and socialist-Zionist family, Hebrew was not Ruth's mother tongue. Her early studies at the Universities of Cape Town and Edinburgh focused on English literature and language usage and her professional career began with work in the field of English as a second language in Israel and at the United Nations International School. But after receiving her doctorate from the Hebrew University in 1973, she turned her attention to the acquisition and development of Hebrew in children and adults.

Upon leaving Jerusalem and the Hebrew University, Ruth set up home on the collective settlement of Beit Herut with her American-born husband, Yitzhak "Itzi" Berman. Itzi was a moshavnik and labor Zionist who in the 1950s brought the turkey industry from America to Israel as an alternative source of protein to chicken. From her home in Beit Herut, Ruth commuted to the University of Tel Aviv, where she remained on the faculty until becoming a Professor Emeritus in 2004. After Itzi passed away in 1998, Ruth moved to Tel Aviv where, today, she continues an active work life including mentoring of graduate students in Israel and abroad.

Of all her accomplishments to date, Berman says she is most proud of the texts and teacher training program that she developed in the 1960s for teaching English to Hebrew speakers. This project integrated innovative pedagogic methods and training with principles of modern linguistics, taking into account Hebrew as the students' source language and English as their target language. It was the first program of its kind to systematically address teaching English in Israeli schools. But it is Professor Berman's extensive research on the acquisition of Hebrew as a first language and its everyday usage by native speakers that put modern Hebrew on the map as a legitimate field of academic study, and gained her international acclaim.

During our meeting at her charming Tel Aviv apartment on David Hamelech Street, I asked Professor Berman how she felt about the Hebrew language as it is spoken today by the younger generation. "All languages change," she responded. "Because of unique social and cultural factors in Israeli society, Hebrew has undergone more rapid changes than other languages. But the way the youth speak today is a generational trend. There is no point in trying to revive the past." What is important to Berman is that children learn to appreciate the richness of the Hebrew language and to distinguish between everyday spoken language and that which is appropriate for writing. This requires reading good contemporary Hebrew literature from the 20th century till today and, of course, the Tanach.

True to course, Ruth offered an innovative idea for teachers: "If I were teaching today," she concluded, "I would give my students exercises in translating sentences from everyday Hebrew to appropriate written Hebrew and vice versa to make certain that they know the difference."

For more information, see the 2004 Festschrift: "Language and Language Development" produced in honor of Ruth Berman by students and colleagues upon her retirement from Tel Aviv University.