Jerusalem in a Day 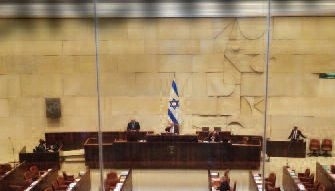 Once again ESRA succeeded in organizing a wonderful visit to Jerusalem. A bus full of people set out from Raanana at 7.15am towards Tel Aviv to pick up the group who joined us. And then off to Jerusalem through very heavy traffic.

Once in Jerusalem we headed towards the Jerusalem Municipality Building, known as Safra Square, which also includes the Russian Compound. A guide walked us through the history of the 13 buildings that now make up the Municipality, which was absolutely fascinating.

From the observation point on top of one of the buildings, we had the most amazing view of old and new neighborhoods. This is a wonderful destination for a visit (you must book a guide first as you cannot walk into the buildings on your own).

The history of the modern Municipality dates back to 1867, when the Ottoman rulers established the first municipal building in the Old City to serve some 22,000 residents. When Jerusalemites began to move beyond the confines of the ancient walls, a new Municipality was opened in 1896, on the corner of Jaffa Road and Mamilla Road. When the British re-organized the city's administration, they inaugurated a new municipal building in 1932. 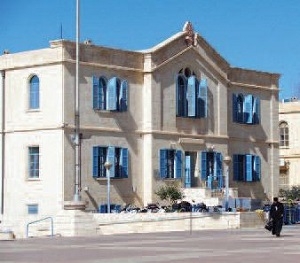 As the city grew and municipal services increased, there were discussions about a new municipal complex. Teddy Kollek, mayor of Jerusalem from 1965-1993, insisted that the "new" include the "old" and it was decided to expand the current site. In June 1993 the new complex was inaugurated. It is accessible to the 800,000+ current residents from both the eastern and western sections of this glorious city.

After our interesting tour we boarded the bus to visit Tur Sinai, an organic farm tucked away off the Jerusalem highway. We have passed this valley hundreds of times and did not know that there was this little jewel. We had a walk around the gardens with a guide and stopped to have our lunch there.

In 1952 Ze'ev Tur-Sinai badly wanted to bring new species of fruits to Israel, mainly deciduous trees such as cherry, peach, nectarine, apple and pear. Interestingly enough, the first nectarines were smuggled into the country in 1961 from the Fresno Farm in California, courtesy of Ze'ev's son, Oded, who later became the owner of the farm.

At its height, the plantations provided a livelihood for over 200 workers and their families, old-time Israelis as well as new immigrants from Kurdistan and North Africa. The latter established settlements in the area – Maoz Zion (Kastel) and later, Mevasseret Yerushalayim. 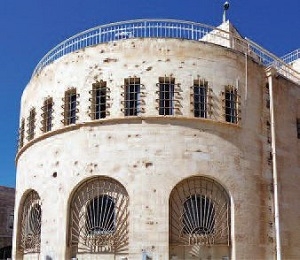 Because of lack of water resources, Ze'ev Tur-Sinai established Mefakim, a sewage-treatment plant, together with the Jewish Agency, the Jerusalem Municipality and the national water company Mekorot. This plant succeeded in treating part of Jerusalem's sewage, making the water available for the thriving plantation. Today, when environmental concerns are paramount in people's minds, it must be noted that this was the very first sewage-treatment plant in Israel for agricultural purposes.

After this we went on to visit the Knesset. Our guide was amazing and told us the history of the Knesset. We saw the main Plenum where there were only three people at the session, all the various committee rooms, had explanations about the working of the Knesset and viewed the wonderful Chagall tapestries with full explanations.

We arrived back in Raanana at 7.45pm. after having had a wonderful ESRA outing, thanks to Cecily Hanson and her team who organized it.