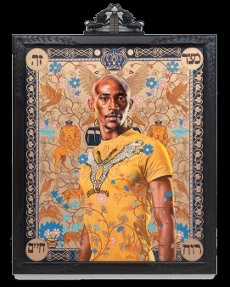 The venerable Jewish Museum in New York is housed in an elegant former mansion on 92nd Street and Fifth Avenue, its location the crème de la crème of Manhattan real estate. As an institution it holds its own along New York's Museum Mile which includes the Guggenheim, the Metropolitan and the Frick.

Its upstairs floors display gems of Jewish painting, sculpture, photography, and ceremonial and archeological objects. In the summer of 2012 the main floor was given over to a grand retrospective of French turn-of-the-century painter Edouard Vuillard. Although Vuillard himself was not Jewish, his career and life were saturated with Jews. His patrons were Jewish, his art dealers were Jewish, his mistresses were Jewish and his sitters were Jewish. The Jewish Museum presented the visual feast of gorgeous Vuillard canvases through a Jewish lens, introducing an original Jewish twist to this well-known painter.

Upstairs was an even more unusual offering. An entire floor was devoted to 14 enormous canvases – each a portrait of a young Israeli man. The great majority were black Ethiopian Jews who have moved to Israel, the remainder native Israeli Jews and Arabs. Done in oil and gold enamel, the subjects were larger than life, reminiscent of grand portraiture of kings, warriors, and statesmen. The magnitude contrasted with the subjects - young people at the margins attempting to break into society. Each portrait resonates with empowerment and dignity: the subjects pose proudly, faces serious, hands on hips, some almost strutting, staring straight out at the viewer as if to emphasize, "I am here, I count."

Kehinde Wiley, himself a young black American artist, traveled to Israel where he sought out his subjects in malls, bars, discotheques and public areas. He interviewed and photographed them as they wore their casual clothes – T-shirts and shorts. A video in the exhibit features these exuberant young men talking to the American artist, playing music, enjoying the rare moments when their opinions are seriously listened to and recorded.

Returning to his studio, Wiley painted them in a super-realistic style, but contrasted their ultra-contemporary look with backgrounds of intricate ceremonial patterns and Biblical quotations. The elaborate decorative designs entwined among the everyday sitters stands out against Wiley's deliberate use of European-style grand portraiture. These anonymous youths are painted in the tradition of Napoleon riding into battle, of a Spanish nobleman at the imperial court, or of a French emperor. The frames, hand-carved by the artist, bear the Lion of Judah and the hands of a Kohen at the apex, supporting quotations from the Ten Commandments. The Arab Israeli subjects bear quotes that read: "Can we all get along?" Entitled World Stage: Israel, the collection is part of his international series of paintings in which Wiley has painted young men in China, Africa, Brazil, and the Indian subcontinent. The effect is an electrifying collection blending old and new, East and West, power and periphery.

Since its founding in 1904 the museum has been both wrestling with and expanding its identity. Is it a museum of Jewish art? A museum of art about Jews? A museum of art by Jews? Amuseum of Jewish culture? It has decided to synthesize all these approaches and adopt the widest definition of a Jewish museum in this major world city in the 21st century. This season's offering: a late 19th century French Catholic painter with extensive Jewish influences, and an early 21st century black American artist portraying black Israeli Jews re-adopting their ancestral homeland. The bold Wiley exhibit juxtaposed with the gentler canvasses of the French post-Impressionist master, Vuillard, testify to the vitality of the museum and its engagement with art. 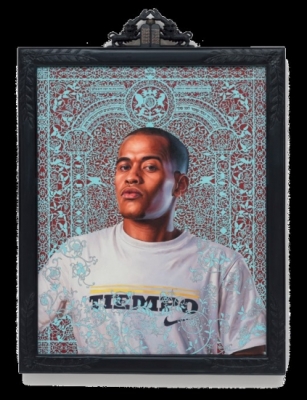 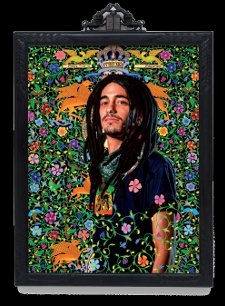 The Jewish Museum in New York