Jul 06 Posted by Frankie Cronin in Life in Israel 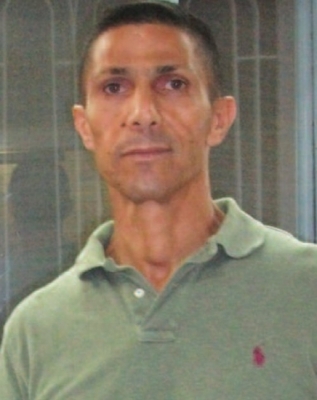 Karmiel was honored to host Israel's first Bedouin diplomat, Mr Ishmail Khaldi, who spoke to a fascinated audience on a Monday evening in June. The evening was co-hosted by ESRA and the local English Speakers Club and attracted over 80 people from Karmiel, the Misgav communities and as far afield as Nahariya, Hannaton and the Jordan Valley.

Mr Khaldi's talk, entitled 'A Shepherd's Journey', described his transition from a poor Bedouin family, one of 11 siblings, living in a tent in the Haifa Bay area, to his present position as an advocate on behalf of Israel to combat the BDS movement in Britain.

He told us, with humor, of the Yiddish phrases used by his grandmother that were learnt from her Jewish neighbors in the nearby kibbutzim. After attending the local Arab school in Ras Ali (having to walk 3km each way each day), and showing promise, he was accepted to the prestigious Christian High School in Haifa.

His English improved, aided by his friendship with American students whom he met whilst working at Kibbutz Kfar Maccabiah, and he vowed to visit America, the goldene medinah, as soon as he could save enough money.

He went on to describe his first (tragicomic) experience in New York, arriving in the big city with only a contact number that didn't exist and a will to survive! With the serendipitous help of the Chabad movement, who treated him with respect (once they found he wasn't a Jewish soul that needed saving), he managed to find work and discovered his ability to adapt.

On his return home to Israel Ishmael decided to study Political Science, attaining a BA from Haifa University and an MA in International Relations from Tel Aviv University. Ishmael served in the Israel Defense Forces, Defense Ministry and the Israeli Police before being chosen to join the Foreign Ministry in October 2004, becoming Israel's first Bedouin diplomat.
The main focus of Ishmael's talk was on the work he is currently doing as "Counselor for Civil Society Affairs" at the Israeli Embassy in London. His main role is combating BDS and anti-Israel activity in Britain.

He travels extensively in Britain, and especially to Scotland where there is much anti-Israel feeling. He points out that the average Brit is not interested in what goes on beyond his immediate environment, and those who are most vociferous have their own agenda and would always find ways to vilify Israel.

However, by virtue of the fact that he is a Muslim Arab from the minority Bedouin community who has achieved status in the democratic State of Israel, he does find that, at meetings on student campuses or church gatherings, he can make his voice heard. Although Israel is not perfect (which country is?) and racism and discrimination do exist, its minority communities have full democratic and equal rights and there is certainly no situation of apartheid in the country.

Although Mr. Khaldi's task is not an easy one, he does feel that he is helping to address the situation. As a diplomat he is not involved in politics, but he did point out that his job is not made any easier when key members of our government make inflammatory remarks which just add fuel to the Jew/Israel haters.

After his talk many of us bought his book, an autobiographical account of his story so far. "A Shepherd's Journey" is a natural and encouraging description of the progress of a member of one of Israel's minority groups to become a loyal, pro-Israel supporter of the Jewish state.