In Pursuit of the Trivial 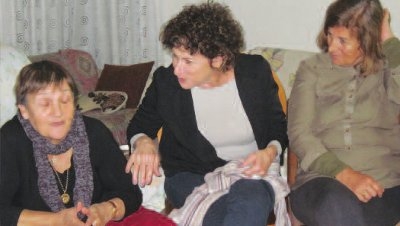 I know that one ... the answer’s on the tip of my tongue!

An atmosphere of excitement and anticipation greeted us, along with the aroma of fresh pizza, as we stepped into the parlor of Naomi and Yossi Aharoni who hosted the quiz night in Rishon Lezion.

I don't know how many of us 19 folks are trivia fans, but a few are notorious addicts who don't let any trivia quiz, in whatever media, escape their notice. This doesn't mean we necessarily remember all the esoteric data that comes our way.

I, for one, draw a total blank when it comes to local politics or to cities other than my favorite world capitals. But ask me who composed the score for Coppelia, and I'll answer "Leo Delibes" before you can bat an eye.

And so it goes. Some questions seemed obvious, at least to old fogies like us, such as "Here's looking at you, kid"; others drew a baffled silence, for example, Which is the northernmost of Japan's four main islands? Honshu, Hokkaido, Kyushu or Shikoku?

Yet other questions provoked 20 different suggestions and opinions, such as this one: "Which one of the following countries is NOT bisected by the equator?"

You should have seen us squinting, brows furrowed, trying to imagine the globe or a flat world map, with the equator and country names conspicuously displayed.

Our quizmaster, David Scott, did a fine job of delivering the questions with aplomb and the perfect elocution of a professional non-Israeli newscaster.

As required, he maintained an enviable poker-face, that once in a while gave way to an enigmatic smile which, exasperatingly, gave nothing away.

The job I do not envy is that of Captain of each round – a role proposed by David. The Captain has to listen to all non-unanimous answers and to decide which was most likely correct and then to present it to our quizmaster as our final answer.

I suppose if you are in your element, you can separate the wheat from the chaff and make the call quite confidently.

But when some guys are confident that "Hello, young lovers" is from musical A and some dolls think it's from Musical B, whereas all I am sure of is that "Moses supposes his toeses are roses" – then you're not much good as Captain and you feel you're to blame if your ship sinks.

With thanks to Janet who organized, Naomi who hosted, David who MC'd, and all who prepared, helped, took part and had a good laugh and a jolly good time. 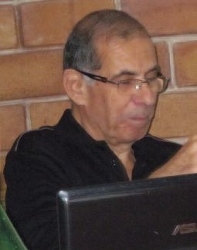 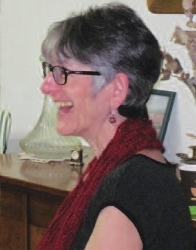