I walked into a job by telling the boss I was walking out! 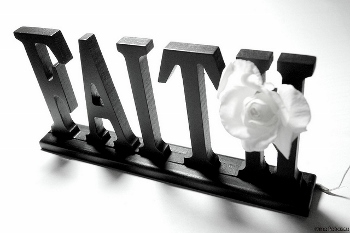 Starting one's own business is one thing, finding a job is a totally different matter.

Having arrived in Israel with my wife and two sons we initially set out to make our apartment livable. We arranged schooling for the older one and kindergarten for the younger one.

Finally the time arrived to go out and find a job.

I was a chemist by education and an industrial manager by experience. It should have been a piece cake but it soon became painfully clear that it was far from it. The issue was not my experience, as the potential employers seemed to be satisfied that I could handle the job. What emerged as an obstacle was that most employers felt that I would not last in Israel. "We will invest time and effort in training you for your position and you will return to the United States," was the majority comment. It never occurred to them that the move to Israel was well planned and intended as a permanent settlement. They stood firm with their prejudice.

I began to find the situation unsettling, but I persevered. Someone asked whether I had met Benjamin Mayer.

"Who is Benjamin Mayer?" I responded. "He is an industrialist who has set up Israel's largest plastic plant, just outside of Tel Aviv," I was told. I made an appointment and on the given date I made my way to 6 Rothschild Boulevard and walked up one flight. I had expected elegant offices but discovered that they were very modest.
Mr. Mayer was of medium height, dressed in a double-breasted suit, and spoke to me in Hebrew, apparently to test my knowledge of the language. Satisfied with my Hebrew he switched to flawless English. The interview was moving along splendidly and my spirits climbed. Now for the bad news. The salary would cover only two weeks of my monthly expenses. I agreed to the terms. Then Mr. Mayer said that he was satisfied with my knowledge and experience, but since I would probably leave the country in six months, it just wouldn't work out.

We had just reached the critical point that I had faced in a dozen previous interviews. At the back of Mr. Mayer was a floor-to-ceiling window. I asked him to get up and stood next to him. I pointed to the Rothschild Boulevard and exclaimed, "Mr. Mayer, in about 45 seconds I will be downstairs and will be about to cross the boulevard. I don't know whether I will make it to the other side, and you know what I will be doing in six months." I turned around and walked very slowly to the door. My secret wish was fulfilled when I heard Mr. Mayer say, "Mr. Morgenstern, please come back and do tell me whether you can start to work next Sunday?"

This was the beginning of a lifetime friendship. Mr. Mayer was the first man in Israel to show faith in me.