How Ian bloomed and now runs the family’s flower business 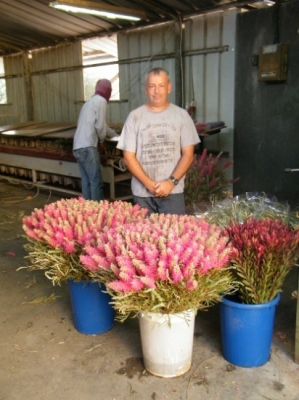 Ian Selwyn with a selection of flowers

Ian (Itzik) Selwyn was 15 years old when he made aliyah from England with his parents and sister in 1979. After a long spell in the Raanana Absorption Center the family moved to Moshav Kfar Yedidia, where they still live. The moshav is located in the central district of Israel, with a population of 650 people, covering 3,000 dunams. Founded in 1935 by immigrants from Germany, it was funded by Jews in Alexandria in Egypt, and named after Philo of Alexandria (also known as Yedidia).

Growing carnations for export to Europe was part of the mixed farm they purchased.

Israel produces vast quantities of flowers for export and has become a major player in the global floral industry, especially as a supplier of traditional European flowers during the winter months

Ian finished high school, did his army service in a Nahal unit and continued his education in the Hebrew University's Department of Agriculture in Rehovot, after which he transferred to Ruppin College where a "hands on" approach to farming suited him much better than academia.

After working in various areas of flower production for a number of years, Ian gradually took over the family business about 16 years ago. He now runs one of the largest operations in the area, with over 100 dunams (25 acres) under cultivation. His specialty is greeneries and proteas, all for export to Europe – mainly Holland. Along the way he acquired a wife, Osnat, and three children, the eldest of whom, Itai, is currently doing his army service.

Ian has been instrumental in developing the new marketing brand, "Harmonie", out of the "Aviv" Packing House in the industrial area of Emek Hefer. His English background proved to be an asset when he was recently sent to the auction house in Holland to promote the new brand amongst buyers there. 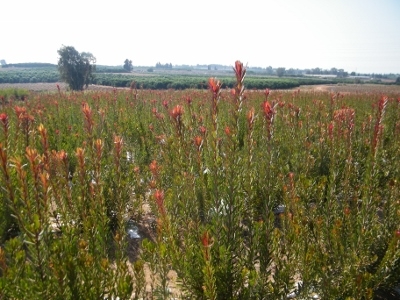 Growing flowers in Israel demands a lot of hard, but rewarding work and dedication, since flowers are enduring symbols of love and peace all over the world. 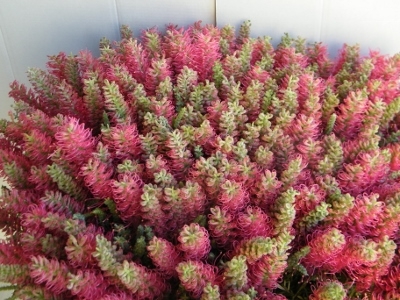 Interested to observe for yourself how flowers are produced in Israel? The family welcomes small groups of visitors by appointment.

Email This email address is being protected from spambots. You need JavaScript enabled to view it.  Tel: 09 834 4532