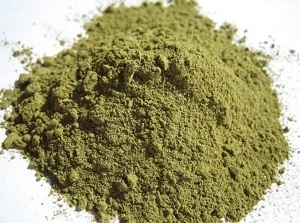 It was several weeks after my arrival in Israel that my newly-found Tel Aviv flat-mate invited me to a Yemenite henna ceremony in Rosh HaAyin. I jumped at the opportunity.

We went by bus, leaving the paved roads of Tel Aviv for the hard dirt ones going eastward. Rosh HaAyin, in those years, was set on flatlands. Many small level-roofed huts – some resembling smaller versions of the old Arab stone houses and some seeming to be little more than elaborately patched up orange crates – were scattered hither and yon. The lines of dwellings were constantly broken by dirt paths, some wide, some narrow. A few more "luxurious" apartment buildings of four or five stories had sprung up, creating a somewhat ludicrous contrast between the blatant poverty of the majority of inhabitants and a more affluent "middle class".

Few of the houses were numbered, so that locating a family became somewhat of an adventure. We began by asking the bus driver if he, by chance, knew the family. Chances were that he did not, but because everything tended to become everyone's business on a bus, the other passengers racked their brains to see who could be of assistance. Of course, as many residents had the identical last name, we had to present the first name of the desired individual and even the names of the children, as well as physical descriptions. One passenger was certain he knew the family and he got off the bus with us to lead us personally to the precise location.

We learned that the ceremonies had actually begun a week prior to the wedding itself, where parties and celebrations were held in the respective towns of the bride and groom. Following these celebrations, the henna ceremony was held in the town of the bride.

As we approached on foot, I was immediately struck by the strange, rather exotic atmosphere that surrounded me. Spread out before us was an enormous field of dry mud and grass. The darkness was almost total, broken only by a few lights glaring out from a large podium, centrally set, in which was hung an enormous embroidered curtain. The podium was empty. The women were sitting in a large circle on one side of the field, and the men were standing and sitting on the other, about 100 meters away. As we drew closer to the women, a quiet chant rising in a crescendo became clearly discernible, accompanied by what sounded like a hollow drum, which I soon realized came from improvised instruments made out of empty kerosene cans and dry sticks.

We joined the circle and room was immediately made for us. The chanting continued and some whispers went around as to who we were. A little girl handed me some mint leaves so that, she informed me, "you will have good luck". Soon thereafter, a few women began to dance in the middle of the circle

As more and more women got up to dance, I was struck by their manner of dress. It was obvious that all were decked out in their finery but it was very foreign to me. All of them wore soiled blouses and an ankle length skirts. Some were torn, others were in better condition. However, everyone wore elaborate and beautiful Yemenite jewelry, which became more elaborate with the age of the woman, so that the oldest member of the group seemed almost weighted down with beautiful gold necklaces, bracelets and earrings which contrasted sharply with the worn out, tattered blouse and skirt.

During the dancing, the oldest woman had taken a large ceramic bowl and with her hands, was kneading what looked to me like chunky red mud and water. I learned that she was mixing the clay which was the henna for the bridegroom.

The old woman mixed and kneaded, kneaded and mixed for a long time. Finally prepared, she took a handful and appointed a child to put some on each woman's hand. This was meant to cleanse, purify and keep evil away from, each person. Then she placed the remaining henna –a great deal of it –in a flowered vase. She stood and slowly began to walk, and the other women followed, single file. They walked in the direction of the men who were engaged in their own, more active and boisterous dancing which ceased abruptly as the women approached.

The bridegroom, who had been in the center of the circle, was led forward and brought up to the podium. The vase was handed to him and he disappeared behind the curtain. Someone explained to me that he had to spread the henna over his body to ward off evil ensure a life of happiness to the marital pair.

The groom finally emerged, red–skinned. The guests were asked to sit down and the wooden picnic tables set with bowls that were scattered around. And then, with the sound of whoops of joy and singing in unison, the women emerged carrying large metal pails in one hand and enormous ladles in the other with which they began to measure out and serve the soup.

It was a colorful evening and we were sorry to leave but we had to catch the last bus back to the city.