Going with the Flow (Charts) 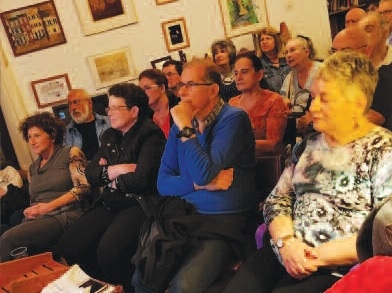 Attentive audience at the meeting at ESRA Rehovot 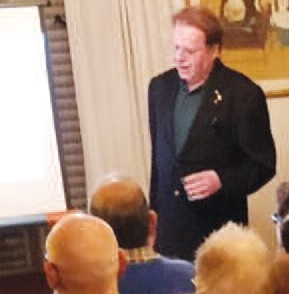 ESRA Rehovot was pleased to have Professor Gershom Martin educate and entertain more than the 45 participants, with his informative and thorough presentation on "English – the Magnificent Bastard Language". Using flow-charts and recordings, Professor Martin demonstrated that although English is considered a Germanic language by linguists, the majority of its vocabulary comes from romance sources (Old French, Latin), and some of its grammatical features are actually Celtic in origin. With Germanic influences brought to Britain in the 5th to 7th centuries, and consisting of several dialects, this language would develop to be called Anglo-Saxon or "Old English". You do remember Beowulf? Professor Martin described how English was influenced by the invasions of England by the Danes and Normans, and it would become known as "Middle English". The language incorporated many aspects from the Renaissance and it developed into Early Modern English, the language of Shakespeare. Subsequently, through British colonization, the English language spread throughout the world, and it became the global lingua franca in the second half of the 20th century. Unfortunately, those of us who made aliyah from the Colonies still don't get the hang of it.!