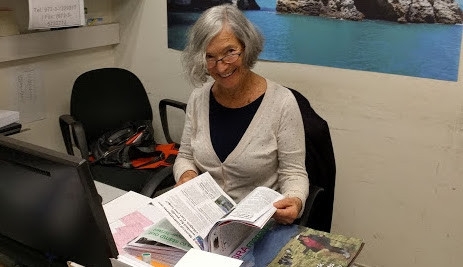 Life is changing once again, and some of the world is opening up, heralding not an end to Corona, but a modus vivendi with it. Our cover, by artist Darius Gilmont, depicts the Kohanim blessing the People, and my wish is that it be so in the coming year.

There are unforgettable moments in our lives, unforgettable people who leave indelible impressions upon us. Prime Minister Yitzhak Rabin, a great leader and a hero, above all he cared about his flock. At a kibbutz meeting Galia Sprung raised an issue of a slanting floor and contrary to the spokesman, Rabin retorted: "The Prime Minister is interested in what they have to say!" Liz Trakeniski who met Ida Nudel, a refusenik, in Moscow writes: "Those few minutes had an impact on me as I recalled this powerhouse of a woman who faced dangers, imprisonment, and exile, … taking it all in her stride. I had finally met someone who embodied the definition of spunk." Carmi Elan was tragically killed at age 19 in a plane crash during a pilot's course. A sea-surfer, he had saved the lives of many swimmers and surfers. Ruth Godson, writes Anne Evans, in her teens was a hero of Operation Balak to secure arms and aircraft from Czechoslovakia in the run-up to the War of Independence.

Now that we can move about, here are ideas for local outings: the striking Bell Tower, up 195 stairs in the beautiful YMCA building in Jerusalem; the Jerusalem Biennale in numerous historic venues such as Shaarei Tzedek where 200 artworks are being displayed or at Mishkenot where 16 artists explore the concept of the room, and at the Jerusalem Theater calligraphy artists celebrate the power of the written word; a walk in Nahal Poleg Nature Reserve with its kurkar ridges, Mediterranean plant life and captivating fauna; a visit to the Gush Etzion Heritage Center depicting the bloody battles in 1947 – 48 and a refreshing stop at the winery; bathing in the hot springs of Hamat Tverya and exploring the antique synagogues; a family fun outing to the Orange Trail in the heart of nature near Hadera; discovering the deep Jewish connection with the Galilee by tracing the Sanhedrin in its wanderings from the 2nd to the 5th centuries. Join ESRA hikes organized by Lawrence Bertfield.

Overseas ideas: in England the lost village of Tyneham evacuated in 1943; in the US discovering the Jewish community in Boulder County, Colorado; visiting fascinating Ethiopia and tracing the journey of our brethren.

Young ESRA is moving ahead. It had a fun evening sharing stories of personal professional failures and how they can be used to benefit networking and integration.

Health is paramount to all, particularly as the years catch up on us. Dr Morton Leibowitz has initiated a new column on Longevity and Health Needs. Dr Donald Silverberg convinces us that there are benefits to hearing aids. Leonard Romm talks of istenis and how Corona has turned us into a bunch of obsessive-compulsives.

There are several articles for people with disabilities: Maia Aron describes how The Garage lifts artists from darkness to light; Carol Novis writes of how players with limitations can enjoy card games thanks to MagnaCard, an invention of Orr Joffe; Ilanna Mandel enlightens us on disability rights and activism in Israel, such as Kivunim which teaches young people the skills to lead independent lives.

Numerous suggestions for reading: The Taming of the Jew in which Tenenbom investigates in the UK attitudes of people in power to anti-Semitism, the Palestinian issue and theater; Medicine from Biblical Canaan to Modern Israel; Tranceformations and Transformations, a book about the dance and culture and people of South Africa; Eli Libenson shares his 10 favorite classics.

Enjoy our stories of the first Crembo in Israel; how Anne Evans, a new immigrant, spent her first Yom Kippur here; Sandra Gould and Bette Lewis, in their seventies, swam across the Kinneret; the great achievements of the Maale Adumim basketball team, inspired by the Gewirtz family. Martin Sinkoff introduces us to Alex Haruni, owner of Dalton Winery. Dafna Roccas recalls how she, and 4700 Jews, were saved by the Catholic Church in Rome.