From Ellis Island to Tel Aviv 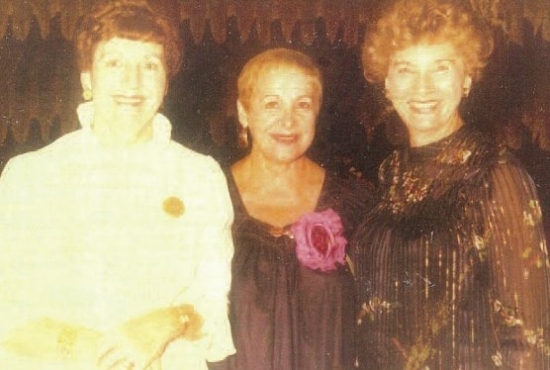 Following a perilous three-week journey of seasickness, tempests and almost being shipwrecked crossing the Atlantic Ocean, we finally arrived on the bitterly cold morning of April 11, 1929 at Ellis Island. Our last port-call in Europe was Cherbourg, a port in the north west of France, where the Isle-de-France, a passenger ship, would take us to the New World.
At the age of seven and two months, I was the only one in the family capable of leading our exhausted mother, Fradel, to whom Eke Raiza and Libble, aged barely six, held on tightly as they pushed battered suitcases, bags, and boxes containing all our belongings from abroad, across the gangplank of our gateway to freedom in the new land.
It had been an exhausting journey through Europe, as we had stopped to say goodbye to relatives.
We moved on everything that had wheels from our little town in Hungary - on trains, baggage cars and coaches. Everyone marveled at our mother's courage in undertaking such a journey with three little children without a male escort.
The last stop I remember was on a train in Prague, where our cousins awaited us with kisses and encouragement. It was Purim, a klezmer band greeted us with Chassidic music and shlach mones* of homemade cakes.
Awaiting us at Ellis Island were our beloved father, whom we had not seen for two years, his brother, Shloimebachy and Tante Dora, his wife. They were ready to take us to our new home on the fifth floor of one of the tenement buildings on the Lower East Side of New York City where new immigrants were living in temporary housing.
Early the next day our father took us to a neighborhood schoolhouse. He placed our pink little hands in the coal black one of a husky friendly Afro-American, and asked her to take us to the principal's office. We had never seen, let alone touched, a black hand before, but our friendly new acquaintance with a set of sparkling white teeth, warmed us as she took us to our classrooms.
Our tenement housed almost one-hundred percent Hungarian newcomers. Their children became our first and lasting friends as we took our first steps in learning English and the American way of life.
Some of these newcomers helped us take advantage of the many opportunities offered by New York City, such as children's literature, folk dancing, arts and crafts. We were soon jabbering away in broken English, and were quickly accepted into American schools of higher learning, becoming professionals, teachers, doctors and social workers, which could not have pleased our parents more.
As other refugees kept pouring into the country we helped them to fit into the fabric of life in
our new home. In the 1930s the U.S. was struck by a terrible depression. Professionals and giants of industry lost everything and were reduced almost to a state of poverty. Many moved from the business capitals, transferring their children from the private schools to the public school system, and that was how I met some of my new friends.
During this period too came the horrors of Nazism which destroyed Jewish life in Europe and sent millions to the death camps. Many of our relatives were lost as their communities were destroyed. At the same time worldwide Zionist idealists were struggling to establish a Jewish homeland in Palestine. In time, many Jews from different parts of the world left their homes to reside in Israel.
In July 1956, I made my first journey to Jerusalem to attend a conference Thereafter followed other visits to the Jewish state, and eventually I settled in Tel Aviv. Many of my early friends also made their homes in Israel, and became part of the growing number of new immigrants who helped to build the independent State of Israel as the first democracy in the Middle East. People from all walks of life became the first citizens of the Jewish state, creating the first thriving industries and a sound economy.
A few years ago I made a shiva call to Murray Greenfield, whose wife Hanna - a Holocaust survivor and lecturer at Yad Veshem - had passed away. He introduced me to Leo Schwartz, a friend and businessman. I reacted as if he had said Christopher Columbus. He asked me if we had met. I said, "No, but I heard you being interviewed on the radio, and when you talked about your satisfaction in your new home, a former neighbor had said, "It's wonderful that you're happy in your new home, but you are acting too much like an Israeli", to which Leo Schwartz replied: "I did not spend thirty-five years in Israel to come out with the mentality of a Chinaman." Well said, I thought, nothing wrong with that; Murray and I agreed.

*Traditional gifts that one gives on Purim – in Hebrew "mishloach manot".