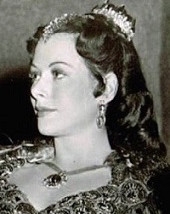 Hedy Lamarr ... she invented technology used in Wi-Fi and Bluetooth

More than 150 films are presented at the ten day festival: international feature films; documentaries; films dealing with issues of Jewish identity and history; films concerned with questions of freedom and human rights; TV dramas; films by new directors; and naturally, Israeli films. Picking which films to see is nearly an impossible task, so Michal and I and our friends picked four days to vacation in Jerusalem and chose films according to our interests and timing. We attended seven film events.

Longing is a surreal, almost unbelievable, contemporary Israeli tale about a man who discovers he is a father only after his high school-age son is killed in a car accident, following rejection of his romantic advance by his teacher.

Lumiere covered the French Lumiere brothers' pioneering efforts during the dawn of cinema more than a century ago, which I found to be only moderately interesting.

City of Ghosts documents the young Syrians who fought ISIS through the website "Raqqa Is Being Slaughtered Silently" (aka RSS or RBSS). These are citizen-journalists, both inside Raqaa or in exile in Germany or Turkey. If not for the visceral hatred Syrians show towards Israel, I would have felt more sympathy for their plight.

Becoming Cary Grant utilizes a hidden autobiography, footage from his films, and his own home movies to portray Cary Grant's life story from his lonely childhood in Britain, through becoming a film icon searching for life's meaning, to his final days as a contented husband and father.

Bombshell: the Hedy Lamarr Story is about the young Jewish (in name only) actress in pre-WWII Czechoslovakia who rose to fame by a scandalous appearance in a soft-porn cinematic debut. After arriving in America, Lamarr become a glamorous personality at MGM, the Hollywood star factory. Through the ups and downs of her career and numerous marriages, plus innumerable plastic surgeries, Lamarr declined precipitously. What made her story fascinating is that she was an inventor who had tinkered with mechanical devices since her childhood. She and a partner invented a radio guidance system for Allied torpedoes, which innovated "frequency hopping" technology to be used against the Axis jamming. Though the US Navy only adopted the technology in the 1960s, the principles of Lamarr's work are now incorporated into modern Wi-Fi, CDMA, and Bluetooth technology. Lamarr and her partner were inducted into the National Inventors' Hall of Fame in 2014.

Tehran Taboo was fascinating. This animated film takes us to Tehran, a city of onerous restrictions and religious laws where every transgression can lead to draconian punishment. The main characters, a prostitute, a dutiful wife, and a male musician, take different paths to cope with the regime, which includes a corrupt judge, a disgusting, greedy doctor, and an overbearing mother-in-law. The story ends very badly for some and hopefully for others. The cartoonish portrayals are stereotypes well suited to illustrate life in Iran under the ayatollahs.

1945 was the most searing film for all of us. The b/w setting is a Hungarian village in August 1945, after the Germans have surrendered and the concentration camp survivors are "free". The festive ambiance of the domineering Town Clerk's son's wedding is tainted when two Orthodox Jews arrive by train carrying two mysterious trunks, said to contain perfumes, textiles and other luxuries. Most of the townspeople are in a panic over whether the Jews are coming to claim their lawful properties, which have been usurped by the Clerk and others. Some townspeople, those who denounced the Jews and thereby prospered, fear the worst. Others are racked with guilt. A few, who befriended the Jews, are relatively unconcerned. The pacing of the film is impeccable, reminding me of the timing and dramatic background music of the classic, High Noon. As the Jews, during the hour's walk from the train station, come closer and closer to town, the tension heightens unbearably. The climactic scene in the town's Jewish cemetery, with the silent Jews confronted by a pitchfork-bearing mob, is amazing.

Our excellent, modestly-priced rooms at the centrally located Pa'anomim Hotel allowed us to walk through much of the city center. We breakfasted at a different cafe each morning and had lunch and dinner in different neighborhoods. We attended the fabulous sound and light show at the City of David Architectural Park next to the Old City, which is centered on the history of Jerusalem dating back to King David. 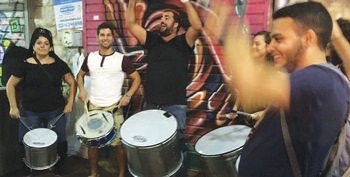 We toured a new museum dedicated to the Land of Israel. It is located in the beautifully restored, nineteenth-century mansion of Benjamin and Rosa Kokia, who came to Jerusalem from Georgia. They and their seven children lived on the first floor, utilizing the ground floor for warehousing. The top floor was the clinic of the famous eye surgeon, Dr. Ticho. Three films are shown in the museum, plus a room devoted to Israel's Seven Species. We were notified in advance that the English soundtrack of the featured film contained numerous New Testament verses, attesting to the Christian Zionism of the museum's founders. 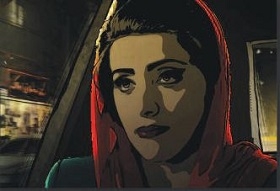 We dined at Machane Yehuda where throngs of people were enjoying the food and drink, utilizing extra tables and chairs which were placed in front of the adjacent, closed stalls. A band of drummers entertained the crowds, roving from place to place.

Tension was building in the city due to the placement of metal detectors (a common sight in numerous locations worldwide, including the Western Wall Plaza, Mecca, the Vatican) at the entrance to the Temple Mount. However, not being in the vicinity of the Old City, we felt no stress.