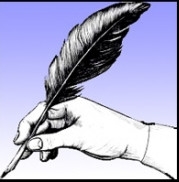 I was born in London in June 1932 and was seven years old when war broke out. We lived in a modest home in Tottenham (close to the football ground) and next door, in an identical house lived my mother's brother, Albert and his family.

My Uncle Albert was a wonderful human being with a warm heart, very Jewish but quite unorthodox. He arranged to accept Hannah Ehrlich who was a year older than me and she became part of his family in every way.

He then sponsored to get out of Germany her sister Ruth Ehrlich, aged sixteen and she came to live with my family next door.

At the very last minute he sponsored the parents as well, and arranged for their accommodation in the East-End of London. The older daughter, Ruth, was more fluent in English so she went to live with her parents, to help them settle in during those difficult and dangerous times.

This story may not be unique, however, fate had its way in the most cruel manner - all three, the Ehrlich parents and their older daughter Ruth, were killed in London by the German blitz. Only Hannah Ehrlich survived and in turn married another Holocaust survivor, alas without children.