"I'm so distressed; I don't know where to turn."

If you're an English speaker living anywhere in Israel, a blessing awaits you at the place you can turn - the newly expanded ESRA Counseling Program.

While founded in 2007, the program has become a powerhouse of help in the past 18 months as it grew to meet the urgent needs of the time: the onslaught and dislocations of Covid; rocket attacks and related strife in May, and new arrivals of immigrants fleeing a rise in anti-Semitism.

"Everything was fine until Corona started, and then everything went haywire," recalls Susan Kurnedz, coordinator and co-founder of the program.

But the Counseling Program rose to the occasion. Its network of Befrienders expanded, to the point where new volunteers are queued up for training. Meanwhile, the program's twelve professional counselors, also volunteers, expanded their individual and couples work to form a new array of support groups - grief and bereavement, family caregivers and groups dealing with Covid and other difficulties. Here, too, more professionals are offering to volunteer their time so no call goes unanswered.

One of the key takeaways over the past 18 months is that the core group of supervisors and counselors - acting almost as a big, professional family - developed a mutual-support system that allows them to channel the best type of support to each client, ensuring both quality and quantity.

"Counselors need to know they're supported, as they have very difficult issues to deal with," emphasizes supervisor Cecily Spungin. "You go over it with them, you share the load, because it's an awful lot to be swallowing from people who are in distress, who are in trauma or crisis. So, as supervisors, we work with them and we also share as supervisors, among ourselves."

Meanwhile, the glue that holds the support system together is the training program and its practical, "strength-based" approach, under the auspices of Professor Claire Rubin – who also volunteers her time.

"We listen, ask good questions and try to build a rapport where the clients feel we are seeing all of them and not just the problem," Claire explains. "They are not the problem. The problem is the problem, and they are dealing with the problem. We show them that they actually are coping, and we expand on what they're already doing. And if there are skills they need, then we teach them skills."

"This is not clinical psychology, it's not psychiatric and it's not looking to diagnose 'what's wrong' with someone," she continues. "It's a group that tries to help people become empowered by working with their strengths." 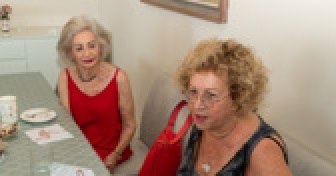 Co-Founder Juliet Rostowsky and Professor Claire Rabin, who is responsible for the counselor training program

The Counseling Program initially was targeted at individuals and couples; almost all clients approach ESRA directly or through referrals by family or friends.

"It might be a mother whose daughter has confided certain things about her marriage, and the mother might say, 'my daughter needs to talk to somebody', and I'll say fine, talk to your daughter and get her to call me," Susan says.

Common issues, according to the supervisors, are problems springing from reconstituted families; parents or grandparents calling about children; physical or psychological abuse, or unresolved childhood issues that play out in the present - all exacerbated by aliyah. In addition to the shock of immigration, there's sometimes a ripple effect whereby past wounds or traumas come to the surface.

"A lot of people come with preconceptions and it's a huge adjustment for them," notes Juliet Rostowsky, the program's second co-founder, while Cecily adds, "or someone might come on aliyah, and has had problems before, and thinks that coming to Israel is going to solve them."

It's up to the supervisors to match callers with the counselor or group that's best suited to their particular personalities and needs. And because of their mutual support system, there is freedom to recommend changing counselors or changing from individual to group or vice versa, toward the ultimate goal of weaning them off the program. 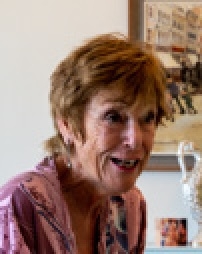 The base of the program is the network of Befrienders, which is trained by Cecily. She and Susan work with regional coordinators who match the 38 current Befrienders with those in need, reaching out by phone and then usually in person. And the program goes far beyond a phone call to "check-in".

"The Befrienders are wonderful," says Juliet. She speaks from experience.

"My husband had a fall three years ago and he's not been mobile since then," she explains. "His Befriender has been an absolute godsend. They've become so friendly, and he's so supportive. They found they had an interest in detective stories. So, this man collects all sorts of detective stories, the top ones, and brings three or four books a week. He visits, having coffee and chatting, and the books have been a godsend for my husband.

"The Befrienders go out of their way. There's one woman who lives in Netanya and visits a 94-year-old Holocaust survivor in Beer Sheva. There's someone who plays chess with an elderly gentleman."

Due to the friendships that develop, the program's training and professional network are important resources. For example, Befrienders are taught to maintain confidentiality, observe personal boundaries and refer issues that require special attention to supervisors.

The Caregivers group is for spouses of people suffering with Alzheimer's, dementia and related conditions. They shoulder the burden of full or part-time care for their loved ones under the difficult conditions these illnesses present. The group allows them to help each other with both emotional support and practical advice, often forming friendships in the process.

"These people love their spouses, and they talk about how they're not as they used to be," says Susan, who works with group leader Marlyn Butchins, a professional in the field who volunteers her time with the group. "They know it's not going to get any better; it's only going to progress and get worse. And this can happen to anybody, absolutely anybody."

The group's success is measured by its longevity. All of the program's groups are scheduled for six weekly sessions. The original Caregivers group has completed multiple cycles, and an additional group is being formed. 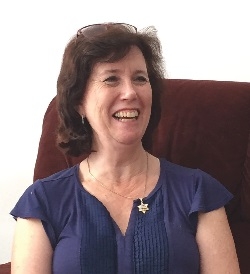 How does it feel to be a beneficiary of the program? A few of the participants in the bereavement group, which is led by Michelle Freedman, have agreed to share their experiences under assumed names.

"I didn't think I needed anything like this, but I heard about the ESRA group and kept it in the back of my mind," recalls Steven, who lost his wife of 55 years. "After a while I felt I'd finished grieving and it would just be nice to talk to people in a similar situation. It opened my eyes to the fact that people can actually discuss very sensitive issues. I found we became very firm friends because we poured out our hearts and it was a true friendship which developed as a result. And we had a wonderful counselor in Michelle."

Much to his surprise, his family benefitted as well: "The group made it easier to talk to my children about the fact that not only have I lost a wife, but they have lost a mother and their children have lost a grandmother, and we share the common loss. So, it's helped bond the whole family together, which is very consoling and heartwarming."

Marcia, who made aliyah many years ago, was having a long-distance dispute with her brother overseas while isolated during the Covid lockdown. The dispute hearkened back to a series of broken family relationships. Upon receiving an email from ESRA that mentioned "bereavement" she picked up the phone.

"I had already spoken to the other people joining the group when Marcia called," Michelle remembers. "Marcia said, 'I don't know if this is for me, but I want to talk about the loss of a childhood'. I thought about it for a second, and I thought, 'What is loss? What is grief? Does it have to be specifically about a partner or even a person?' And I said sure, a loss is a loss, and having spoken to everyone I thought it would be an interesting dynamic for the group."

For Marcia, the benefits went from engagement, to encouragement, to action.

"Prior to the group, I felt absolutely helpless," she says. "I thought it was ridiculous that I was being impacted by things that happened decades ago, but I didn't know how to get out of it. In the group I felt, well, I'm not helpless, and these people want to help me. It gave me hope that I could get myself straight."

In some cases, the program can work following, or in tandem with, psychiatry.

Take Valery, who lost her husband of 40 years as they were making aliyah. The double blow unleashed a torrent of repressed memories of childhood abuse, for which she sought psychiatric counseling through her Maccabi health plan.

"I am so thankful for a psychiatrist who helped me work through the memories and understand how these terrible traumas affected my whole life," she says. "But I couldn't lose my fear of people. I didn't want to leave my apartment."

In tandem, the combined efforts worked. "There was so much solidarity among the people in the group," Valery says. "Every time I wanted to run away, they persuaded me to re-engage. Eventually it stuck, and now I'm not a recluse anymore."

Like Marcia, Valery approached the group after receiving an email from ESRA. And the similarities hardly end there: Michelle referred both of them to Susan, who matched them with counselors capable of tackling deeper issues. Both women agree it was exactly the right move.

"Everyone along the way – my Maccabi psychiatrist, the members of the group, Susan and the counselor she selected for me – they saved my life," Valery says. "I'm not sure they even know how important they are."

To inquire about individual or group counseling see www.esra.org, email This email address is being protected from spambots. You need JavaScript enabled to view it.or phone Susan at 052 698 9088 or Cecily at 050 373 1302

There is a nominal fee for counseling and groups, which supports the overall Counseling Program.