Disconnecting from a Service Provider 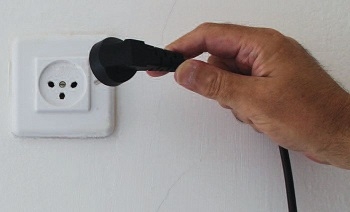 Many Israeli consumers have trouble disconnecting from a service provider. Companies like 012, HOT and Cellcom systematically ignore their customers' requests to disconnect, and continue to bill them. How do these companies get away with it? Because the laws and regulations are cleverly rigged in favor of the companies and against us consumers. So you have to disconnect exactly right, or risk paying for months of service that you never get.

What happened to me

012 was my Internet provider for several years. Last summer, I switched from 012 to Bezeq Beinleumi. Bezeq automatically emailed a notice of disconnection to 012 in my name. The notice looked fine: It contained my name, Israeli ID, and a clear request to disconnect me and stop billing me.

In spite of Bezeq's clear notification, 012 continued to bill me. I emailed 012, attached Bezeq's notice of disconnection and asked them to credit me with the NIS25 that they had billed me. An 012 customer rep called, tried endlessly to sign me up for another package, and told me to send the email again. I sent the email again. 012 never returned my money, and billed me for a second month as well.

When we got to court, I discovered that Bezeq's notice of disconnection to 012 was legally invalid! Why? Because the notice must come from me, not from a third party. In addition, 012 was not even legally obligated to inform me that Bezeq's notice was invalid. So 012 didn't honor Bezeq's notice, didn't contact me about it, and continued to bill me. Not ethical, but legal.

Because my notice of disconnection was invalid, my case fell apart. The judge could have even ruled that I pay several thousand shekels for 012's court costs. But 012 compromised, and I walked away with NIS400. Why did 012 compromise when they probably would have won? Probably so that I couldn't appeal the verdict.

NeTek ... one way of giving notice of disconnection

How to give a notice of disconnection

012, and other communication providers, are Goliath. They have just two weapons:

But that's all the weaponry that they have! Negotiating with the legal rep before the trial and during the trial, I didn't see any hint of talent or intelligence. All they have is brute force.

You are David. You have several stones for your slingshot that can knock big Goliath on his back:

If you're afraid of losing, don't sue. But if you're willing to take your chances, you have a reasonable case, and you're angry enough - sue!