Diamond King who Became a Pal 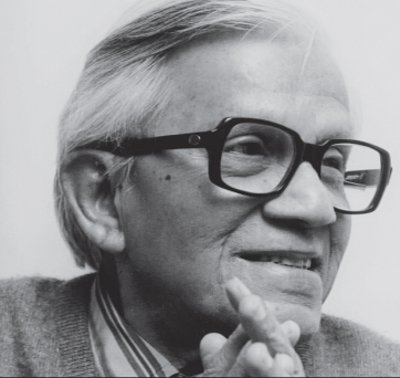 We lived for many years in a beautiful penthouse on Amsterdam Street in north Tel Aviv (1963 – 2016). It was a lovely area with a beautifully appointed park less than 100 meters from where we lived. We did not become friendly with any of our neighbors until I met Kirtilal Mehta. It was an accidental meeting with his office manager. She drove into our parking lot and began to lift a heavy suitcase. She accepted my assistance and I went upstairs to the fourth floor where Kirtilal Mehta lived with two young Indian servants. He graciously invited me in and we drank Indian tea together. His English was flawless but tinted with his native Indian accent. He was a Jain by religious preference which meant that he did not eat anything that was live. He went to work every day at the Diamond Exchange in Ramat Gan. He played cards in the afternoon with two women and made sure that all the winnings were donated to charity.

He had a wonderful sense of humor. He replied to my questions as to why he chose to live in Israel. "Belgium is too wet and New York is too cold, Tel Aviv is just right," he replied with a twinkle in his eyes. This discussion marked the beginning of a lifelong friendship.

Kirtilal Mehta had not learned to read or write and was brought up by his uncle. He was endowed with a business acumen which allowed him to establish a global diamond empire, with offices in Bombay, Antwerp, Singapore and New York. These were managed by his sons and two daughters. His business acumen was duly noted and he was awarded a citation by President Chaim Herzog.

I did not recognize it at the time but we were forming a strong friendship. There was a major difference in age but we shared many views and enjoyed our talks together. When he wanted to talk to me he would send one of his boys, who would say, "My master wishes to speak to your master". It was more of a command than a polite invitation. I quickly realized that I was being called to discuss a serious matter.

We sat in his living room and he unwound a story about his ailing grandson. It became clear that he was describing a case of schizophrenia.

It so happened that a close friend of mine was a known psychiatrist, so I invited him to listen to Kirtilal Mehta. All he asked for were the medical documents from Belgium. They arrived the next day. After perusing these documents my friend proclaimed that he could cure the grandson. Another day passed and the grandson arrived in Tel Aviv. My friend was as good as his word and the young man recovered fully from his malaise.

This act cemented our friendship even more closely.

A month later we received an invitation to the grandson's wedding in Nairobi. It was a beautiful wedding and we had an opportunity to go on a safari. On the way back on the plane my wife read a story of an Arthur Rubinstein forest being planted in the foothills of Jerusalem. The twinkle in Kirtilal Mehta's eyes indicated that he also wanted to plant a forest. He asked me to write a letter to all of his business associates asking them to participate in the planting of the forest. It received a lot of publicity as it was the first Indian project in Israel.

Some time passed and I received a very early morning telephone call. "My children are planning to poison me," came the statement. A couple of hours later we were seated in the Sheraton Hotel where we were introduced to Esther, a young Jewish woman who had captured Kirtilal Mehta's heart.

Kirtilal Mehta wanted to marry Esther but his children were fearful that she would become the beneficiary of the inheritance of the vast Mehta diamond empire. I spoke to one of his sons who would not relent. Another few days passed and I found a barrister who wanted to see what could be done. He was a brilliant man and when I asked him whether he knew the fifth commandment he immediately understood that I intended: "thou shall honor thy father and mother". We agreed on a 30-day cooling off period and he promised me that all of the children would return to their respective homes. Kirtilal had no intention of keeping his end of the agreement. Two days later he flew to Cyprus where he and Esther were duly married.

We in turn were invited to India to witness another wedding... more than 30,000 guests in a soccer stadium.

Kirtilal Mehta lived to a ripe old age and left me with memories of beautiful days.