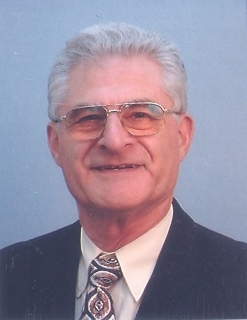 David Goshen ... letters in the paper every week

Dave and Debsy made aliyah with their infant son, Uri, in 1960. Dave, an ardent Zionist, cared deeply for Israel and its people. As a believer in "Tikkun Olam", there was never any problem that Dave did not take on and try to solve. A tireless letter-writer to the Knesset and the press, his letters were printed in The Jerusalem Post almost every week.

Dave was a qualified accountant who worked for Kesselman and Kesselman in Haifa in the early years, and thereafter as a financial manager in Danish Interiors, and for the Herzliya Medical Center. In later years, Dave worked in property management.

Dave served for many terms as treasurer of the Savyon municipality, and in 1994 was recognized by being awarded the status of "Distinguished Citizen of Savyon" for his diligent service to the local community for over 25 years.

The expression, "ma nishma?" (how are you?), has become a cliché to which no one really expects an answer. However, when Dave looked deeply into a person's eyes and said, "How are you?" one knew he expected an answer, because he really cared about people and always got that message over.

Dave will be sorely missed by many friends and relatives.

He is survived by his wife, Debsy, his four children - Uri, Michal, Yoni and Merav - and his nine grandchildren.