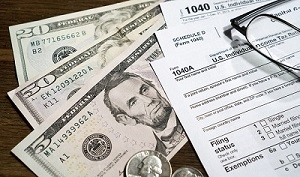 For decades it has been unclear whether a U.S. citizen or green card holder (U.S. Person) who resides in Israel and who sells stock for a gain is subject to U.S. capital gains tax. In May 2016, the U.S. tax court resolved the issue. This issue is relevant to U.S. Persons living in Israel, including those who are employees exercising stock options.

First, U.S. Persons are subject to U.S. tax on their worldwide income. However, U.S. tax law is generally applied subject to treaty obligations of the U.S. that cover the taxpayer at issue.

The United States and Israel have signed a tax treaty ("Treaty"). Under the Treaty, "a resident of one of the Contracting States (say Israel) shall be exempt from tax by the other Contracting State (say the U.S.) on gains from the sale, exchange, or other disposition of capital assets (in this case stock). In other words, a U.S. Person residing in Israel is exempt from U.S. taxation of capital gains from the sale of stock.

However, the Treaty also provides that a party to the Treaty may tax its residents and its citizens as if the Treaty had not come into effect. This provision in the Treaty is called the "Savings Clause".

Thus a question has long lingered as to whether a U.S. Person residing in Israel is subject to U.S. capital gains. The issue has significant impact on Israeli residents who are also U.S. Persons. This category includes people who are employees exercising stock options.

In the case at hand, the Tax Court ruled for the IRS. The Tax Court concluded that a taxpayer who was a U.S. citizen and permanent Israel resident was subject to U.S. income tax on his capital gains, under the Treaty's Savings Clause.

It is important to note that certain Treaty benefits take precedence of the Savings Clause. Thus the ruling would likely have been different had the Tax Court addressed such benefits.

To view the opinion of the court, see http://www.ustaxcourt.gov/USTCInOP/OpinionViewer.aspx?ID=10795

This article does not constitute legal advice. Please contact a lawyer if you have further questions.

Monte Silver is a U.S. lawyer based in Israel specializing in U.S. tax matters. He formerly worked for the Internal Revenue Service and the U.S. Tax Court. He is senior counsel at the Israeli firm of Eitan, Mehulal & Sadot.