Couple Wed when Israel was Born 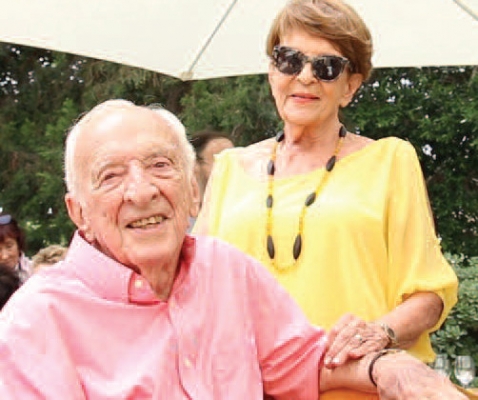 On April 18, 1948, Joyce Sachs and Mervyn Lasovsky were married in the Gardens Synagogue in Cape Town, S.A. Their honeymoon cruise carried them from Cape Town to Beira, where they arrived on May 14. Upon reaching Salisbury, Rhodesia, the next day, they found the Jewish community offering prayers for the new State of Israel. Hence their recent very happy celebration of both dates and the past 70 years!

Their story begins in March 1942, when young Mervyn met the fair maiden Joyce on Muizenberg Beach. Mervyn was in his final year at the University of Cape Town, and Joyce in her first year prior to training as a nurse at Groote Schuur Hospital. In January 1943, Mervyn left to join the army, and for the next three years letters flowed between Cape Town and Rhodesia, Egypt and Italy. After discharge, Mervyn found his way to Cape Town and Joyce. From then on, the question was not what their future would be, but when.And what of the fledgling Israel? With all the ups and downs, times of despair and challenges well met, the first seventy years are now history. Israel is indisputably "on the map" and here we are.

Back in South Africa and later in the emerging Zimbabwe, where they moved for family reasons, not all was tranquil and free of concern. Through it all, Joyce and Mervyn remained supportive of the Zionist vision and the growth of Israel. When their daughters Barbara and Beth married and moved to Israel, they knew the time had come to make that move themselves. In June 1976 they settled in Rehovot, and will confirm to whomever may ask that this was by far the best thing that they could have done. Joyce had a seminal role in establishing the Rehovot branch of ESRA, continuing to this day as an active volunteer and an influential board member. 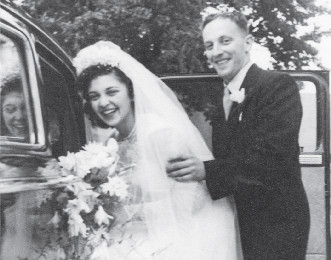 What is the secret of Israel's first seventy years? Here, indisputably, there is an element of luck but this would not be enough. During this anniversary year, pundits from the whole political spectrum have analyzed this question, each from his own perspective. Each of us, having experienced many of these years, has his own perception. And all of us wonder, does the past bode well for the future?

In looking at the seventy-year partnership of Joyce and Mervyn, one searches for the secret to their success. One can only marvel that the couple remain friends, partners and lovers through thick and thin, better and worse. There is, of course, an element of luck here as well. Joyce and Mervyn have been blessed with robust health in mind and body, and they have supportive family and friends, but these are the fruits of prudent investment and a reflection of all they give of themselves. We can only hope that Israel is on a similar course that will bode well for our future in this beloved country.