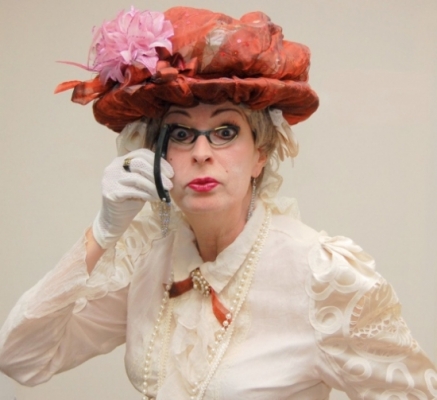 Before making aliyah in 2008, we used to go to Nefesh b'Nefesh open meetings covering all aspects of making aliyah. Inevitably, the speaker would ask where people were intending to live in Israel. Jerusalem? Many hands shot up. Tel Aviv? Ditto. Bet Shemesh? Ditto. Raanana? Several hands were raised.

And then we moved on to the first speaker.

"Excuse me," I would interject, "We're going to Ashkelon."

"Oh", was generally the response, "How come? There aren't any Anglos there".

In actual fact, there were. Although most of the founding South African immigrants from the 1950s had moved on to Raanana and elsewhere, several Anglos had long ago married into the wider Ashkelon population and had 'gone native'. Others, who had arrived 20, 30 or even 40 years previously, had formed the small but happy and vibrant nucleus of an Anglo community. Everyone knew everyone else.

One of the families we befriended was the Davidsons, originally from Baltimore. Jane and David came to Ashkelon in 1971 when David was asked to become Chief of Psychiatric and Mental Health at Barzilai Hospital. Jane taught psychiatric nursing at Barzilai's School of Nursing and at Assaf Harofeh Hospital. When she retired, she audited courses in English literature at Ben Gurion University, joining LOGON (The Light Opera Group of the Negev) in 1980. She loved to sing but, as soon as she was on the stage, she found that her real love was acting, a passion she has ardently pursued ever since. Among her many roles in LOGON, Jane has played Dame Carruthers in The Yeoman of the Guards, Aunt Eller in Oklahoma, the ladies' quartette in The Music Man and Mrs. Higgins in My Fair Lady. She has also performed with TACT (Tel Aviv Community Theater) and has acted and directed at The Old Barn in Moshav Orot. Her program, 'English through Drama', was a novel and effective way of teaching English to underprivileged schoolchildren in Ashkelon.

Over the last five years, the Anglo presence in Ashkelon has grown, and correspondingly, the number of people interested in theater has increased. In response to this growing interest, Jane started a play-reading group with a core membership of ten who met on a monthly basis. After a year, it was clear that some of the members were eager to perform publicly, and thus began Jane's summer of drama workshops.

"I pulled in a lot of material about improvisation and also made up my own exercises," she says. "Nine people participated and it was a lot of fun."

After Jane took time out to appear in another LOGON production, it was clear that her group was ready to perform their very first play in public. Hotline by Elaine May was staged in September 2012 and thus was born the group called the Ashkelon Players. Their second production, The Madwoman of Chaillot by Jean Giraudoux, written in 1943 and first performed in 1945, will have enjoyed its Ashkelon (if not its Israeli) premiere in June 2013. For this performance, the cast list has expanded to include newer immigrants. Apart from the traditional Anglo components of Brits, South Africans, Americans and a Canadian, a performer from the African-American community of Kansas, who is also the play's choreographer, joined the cast together with a seasoned actor from Rehovot.

Madwoman will play on two nights to enthusiastic audiences if the response to Hotline is anything to go by. Several members of Ashkelon's Ethiopian community are scheduled to attend, in order to help boost their English which they study each week with a group of dedicated Anglo volunteers. Support comes too from members of local kibbutzim and moshavim who happily grasp the opportunity to support a local rendition of English theater, hardly ever seen this far south of Tel Aviv.

"Why Madwoman of Chaillot?" I asked Jane. "I chose this play," says Jane, "because it is timeless, classic, witty and imaginative, and when one considers that it was written in 1943 during the Nazi occupation of France, it has layers of meaning. We did a scene in one of our workshop meetings and the group fell in love with the play. Everyone has worked hard, the camaraderie has been amazing. We really feel that we are breaking new ground".

So, contrary to popular opinion, we really did find an enjoyable and meaningful life in Ashkelon. Since arriving almost five years ago, my husband has performed a monologue from Visiting by Richard Harris at The Old Barn in Moshav Orot, played Alfred Doolittle in LOGON's production of My Fair Lady, has appeared in the Ashkelon Players' Hotline and is now in its latest production. This small town on the periphery of the country boasts not only a serious, albeit small, Anglo presence but, amazingly, a home-grown, successful theater company.