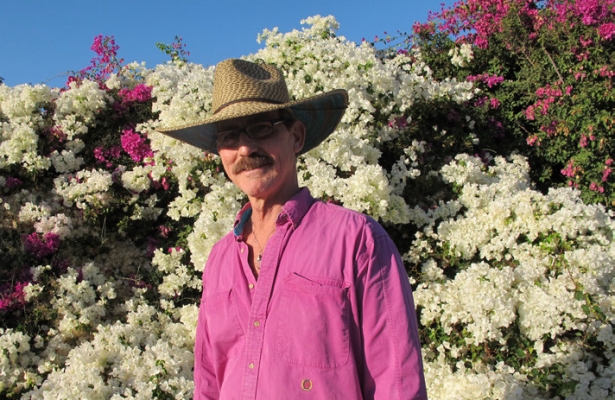 "Friday's Soup", the story which won first prize in the ESRA short story competition 2020, was written by Bill Strubbe, who lives on Kibbutz Ein Hashofet.

It's a moving story about a woman who prepares soup for the needy in spite of her own poverty, and who influences her children to do the same after her death. Since it's told from the point of view of her young son, I asked Bill if it was based on his own mother.

"No," he said laughing. "She wasn't a Jewish mother. She was amazing in different ways."

The story, he explained, was written 25 years ago, and was inspired by a visit to Seattle, when he observed a mother and her children in the skid row area of the city. "The plot came to me like a lightning bolt. It was all in my head and when I got home, I wrote it pretty much as it is now, except that originally it was about a non-Jewish family going to church. At some point, I wrote a version with Jewish characters. It's remained on a file in my various computers all that time, but I've given readings a few times and people have told me it moved them. I took that as a good sign." 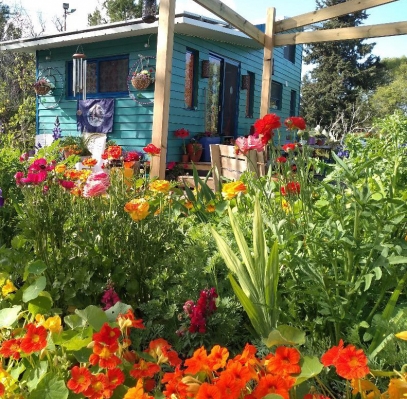 Bill himself has had a life that many would say is stranger than fiction. Born in Palo Alto, California to a Catholic family of five children, he started travelling the world at the age of 20, like so many hippies of his generation. In 1975, he came to Israel to work as a volunteer on Kibbutz Ein Hashofet. He stayed for five years, left but continued to visit regularly.

"Ten years ago, I decided to convert to Judaism. I joined a synagogue in Berkeley, went through a conversion process, was set to make aliyah, and then the Jewish Agency wrote and told me that I couldn't make aliyah because my conversion wasn't acceptable. It was the rudest, most horrible thing, but I didn't give up. I found out which rabbis were acceptable, and converted again. And then I came back to the kibbutz." He is in charge of the kibbutz Cultural Committee, and arranges holidays and cultural events. 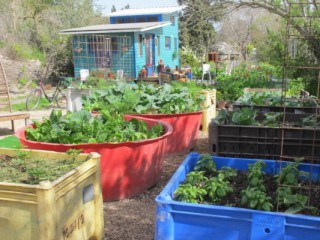 Bill has an amazing number of interests and achievements. He is an accomplished writer and photographer and has published in some 120 publications (including ESRA Magazine) on subjects as various as travel, yoga and cigars. He has visited 90 countries. He is an artist, a master gardener, and was a professional organizer "way before Marie Kondo". One of his books, "My Husband is Under Here Somewhere", is about clutter and pathological hoarders. He has also written five plays.

He lives in a tiny home on the kibbutz, a 32 meter caravan on wheels colorfully painted teal blue and orange. It generates its own electricity through solar panels, has a 200 meter water tank and is self-sufficient and off the grid.It is surrounded by a magnificent garden, which of course he planted and maintains.

"They love me on the kibbutz," he joked. I'm not surprised.