Bible and Its Translation 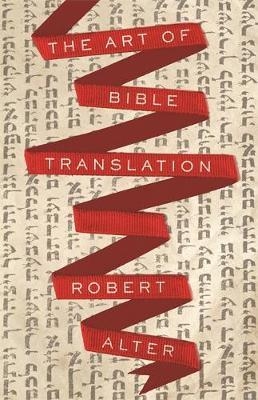 "What hath God wrought." This was the very first message sent by telegraph in 1844. It expresses Samuel Morse's awe of this new means of communication. The phrase comes from the King James Version of the Bible (Numbers 23:23) first published in England in 1611. There have been many translations since, but none compares to the majesty of style of the 400-year-old
English original.
"Love thy neighbor as thyself" (Leviticus 19:18) is a good case in point. In 1985 the Jewish Publication Society published a new translation of the Bible.  This verse reads, "Love your fellow as yourself." Three decades later, in 2018, the distinguished Judaic scholar Robert Alter published his own translation of the Bible. "Love your fellow man as yourself," he wrote. Can there be a clearer contrast between the older and the newer translations than this? It is the difference between poetry and prose, between idiomatic and literal language. "Love thy neighbor" is so much more intimate and suggestive, drawing the reader into the verse to interpret it for him or herself. Who, after all, is our neighbor? Is it the person living next door, or the one down the street, or is it anyone and everyone with whom we feel a common bond? The King James Version is the better translation.
Modern translations make every effort to avoid archaic language, and in this regard they certainly have a point. "Thee," "thou," and "thy" were words spoken centuries ago, but not today. And yet it may be argued, there is something to be said for preserving the old language in certain circumstances. The Ten Commandments may be one. "Thou shalt not murder," "thou shalt not bear false witness," "thou shalt not covet," sound more like divine commandments, like God's authoritative voice, than the modern "You shall not." The language may sound somewhat rigid but let's not forget that the original Ten Commandments were also set in stone.
This does not mean that the King James Version can never be improved upon. We are all familiar with the first verse of the Bible: "In the beginning God created the heavens and the earth." In truth, this is an inaccurate rendering of the Hebrew. Both the Jewish Publication Society and Robert Alter amend the verse to read: "When God began to create the heaven and the earth." There is a profound difference between the earlier and later translations. In the former, creation is God's very first act ever. In the latter there is an implication that this may not be so, although we can never know for sure. Theologically speaking, it's the difference between the sun revolving around the earth and the earth revolving around the sun. Lest this sound non-Jewish to some, I would like to draw your attention to the verse we recite every morning in our daily prayers: "O Lord, You are eternal. It was You before the world was created; it is You since the world was created."
The 23rd Psalm begins with the words, "The Lord is my shepherd, I shall not want."  Four hundred years ago people understood that "to want" meant "to lack".  Today, that is a secondary meaning of the word. Ask young people what the phrase means and many will not know. That is why the Jewish Publication Society specifically translates the phrase as "I lack nothing". The New Living Translation reads, "I have all that I need." But there is something noble about "I shall not want", even if one has to work at it to understand it. Once understood it is profound, meaning that once a person truly finds God he will neither lack nor want a thing. That is the mastery of the King James Version of the Bible, a translation that continues to stand the test of time as all great classics do.
PRINT