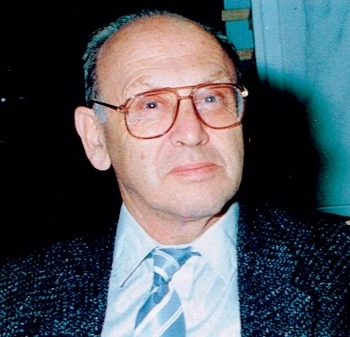 Dr. Barnard Gatoff died in Herzliya in April at the age of 87, following a lengthy struggle with Parkinson's disease.

Barney, as he was known to all who knew him, was born in Middlesbrough, studied and qualified as a physician in Leeds, and practiced medicine in Bradford - all towns in Yorkshire, England. In World War II, he served in the RAF and was stationed in Egypt.

Barney married Hilary Hardy of Hull in 1956 and they were due to celebrate their 57th wedding anniversary last month.

In 1962, they came on aliyah with their three young children. After a stint at Ulpan Akiva in Netanya, Dr. Gatoff got his first job in Israel treating Arab patients in the Triangle, where he also found an English speaking nurse to assist him.

The Gatoffs set up home in Zahala, where the Maccabi Health Fund had just

opened a branch. Barney opened a surgery as a family doctor and Hilary

supplemented their income as a piano teacher. They lived in their Zahala home for

Barney and Hilary both loved the theater. They became closely involved with the ZOA House Drama Circle, which later became the Tel Aviv Community Theater (TACT), of which Barney became treasurer and chairman. He was an initiator of the switch from play readings to full theatrical productions. He himself acted parts in Arsenic and Old Lace, Lettice and Lovage, Pack of Lies and The Mousetrap, among others.

Hilary was also active in promoting English-language theater in Israel, but in later years moved on to photography and making documentary films, including the widely acclaimed Kinder Exodus 1939 - interviews with participants of the Kindertransports from Germany, Austria and Czechoslovakia who made it to Britain in 1938-39.

Commenting on her husband's popularity as a doctor, Hilary said that people came to him from far and wide because "he was a very good listener, which made him extremely competent at diagnosing ailments, illnesses and disease."

Barney, an avid reader, was a member of the Ohel Moshe Synagogue in Herzliya Pituach where his presence will be sadly missed.