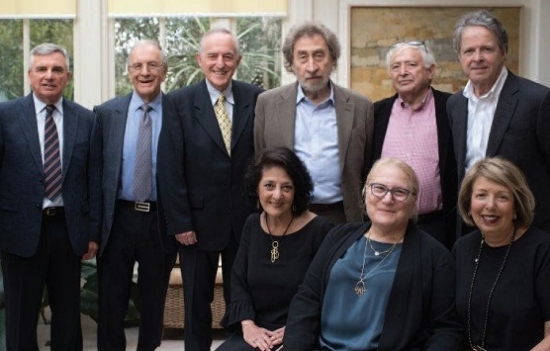 Man Booker prize-winning author, Howard Jacobson (The Finkler Question), held an audience of more than 130 people enthralled when he spoke in conversation with Michael Hunter in London in April.

The occasion was ESRA's first-ever fund raising event to be held in the British capital and everyone present was captivated by the way Howard spoke openly and frankly on subjects ranging from his own personal life; growing up as a Jew in Manchester; his experiences teaching in Australia and how he came to write his first novel whilst a lecturer at Wolverhampton Polytechnic.

Additionally and even though speaking in a light-hearted manner, Howard tackled some very serious subjects such as the rise of anti-Semitism; Jeremy Corbyn and the current state of the British Labour Party as well as expressing his views on the dangers of the social media for young people. 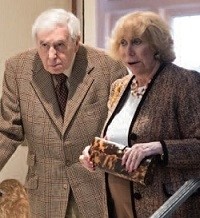 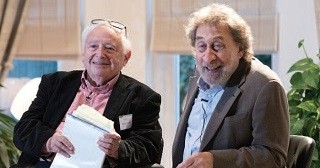 The evening was opened by ESRA's Richard Stein who was largely responsible for putting the whole event together and he was followed by ESRA Chairman, Baruch Tanaman, who outlined to a brand new audience exactly how and why ESRA was founded almost 40 years ago and the work that the organization is doing today. Baruch explained that even today ESRA is helping the integration of English-speaking residents of Israel by providing social, cultural and educational activities through 20 branches from Nahariya to Eilat. He further described how ESRA also initiates and runs almost 30 different projects throughout the country designed to help others, individuals and communities, in disadvantaged situations.

The evening, which had originally been planned for last December but had to be postponed at the last minute due to heavy snow in London, was held in the most magnificent surroundings of the private home of Sir Sydney and Lady Rosa Lipworth. Guests were fortunate to view the reception rooms and the beautiful gardens at their glorious best as the spring sun managed to force its way through the clouds.

Terry Morris, vice-chairman of ESRA addressed the audience specifically about our 'Students Build a Community' project, but the show was well and truly stolen by one of ESRA's students, Tzlil Maimon. She told her personal story as well as speaking about how she feels about working on the project. Her emotions came to the fore in her honest and open delivery and the tears began to flow, playing havoc with her mascara while captivating the hearts of everyone listening.

The evening was a wonderful success as clearly everybody enjoyed themselves in the most elegant of surroundings, a considerable sum was raised for the benefit of those in need and many more people are now aware of the excellent work that ESRA does and specifically in the 'Students Build a Community' project.

Several ESRA members made their way to England to support the event and contribute towards the success of the evening. However our undying thanks must go to the generosity of our amazingly warm hosts, Sir Sydney and Lady Rosa for donating their home and allowing us to turn it upside down, as well as to our very special guest, Howard Jacobson, because together their contributions led to the wonderful results of this first major ESRA fund raising venture overseas.